The heat is unbearable, so why worry? Since mid-July, European countries have entered a short-lived “stove mode”. A record high temperature of 47°C was recorded in some parts of Portugal. On the 19th local time, the UK recorded 40.2 ℃ for the first time, making it the hottest day on record in the country. Since summer temperatures in the UK rarely exceed 32 degrees Celsius, extreme high temperatures above 40 degrees Celsius have been dubbed “hellfire” by the British media. 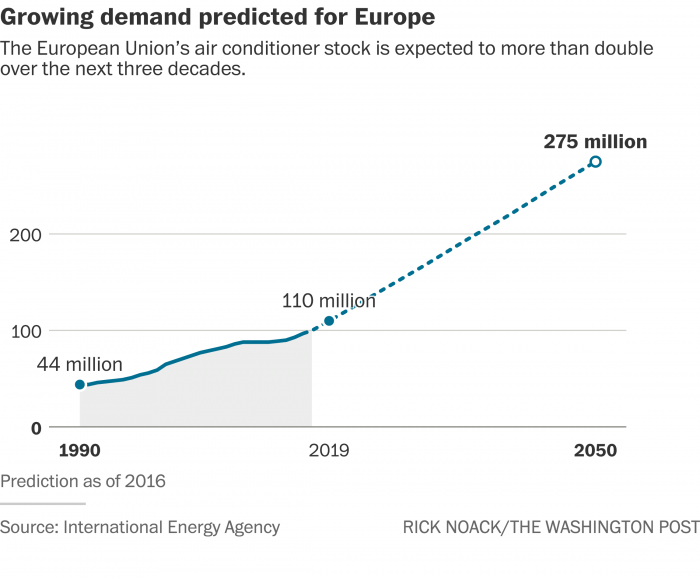 Has the scorching heat wave, and possible future climate extremes, changed the way a new generation of German and French residents think about air conditioning? China Business News reporter randomly interviewed six people living in Germany and France, two of whom have installed air conditioners, one is in the pipeline, and the other three have made it clear that they do not plan to install them. As for the view on the Internet that the labor cost of installing air conditioners in Europe is too high, the above-mentioned people all said that any labor cost in Europe is high, and it is not limited to air conditioner installation. The biggest reason for the low installation rate of air conditioners in Europeans is that they do not need it. However, this trend may change in the future.

Ms. Wang, who teaches in the UK and has a family, told reporters that the UK is too hot this year, and the mats and small fans she brought are regarded as artifacts by her husband and surrounding British friends, who have asked to buy them on their behalf. According to her observation, there is basically no concept of “cool mat” in the UK.

This makes one wonder, if the European “hot summer model” continues, where are the new business opportunities for China‘s cross-border e-commerce? 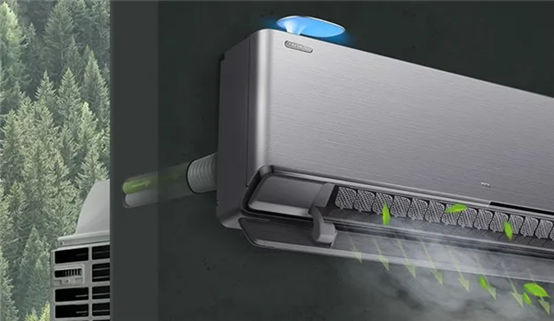 Lilian said that there are few weather in Hamburg over 30 degrees Celsius in summer. This summer’s high temperature of 38 degrees Celsius broke the record since 2006, which means that in the past 16 years, Hamburg’s summer has been relatively comfortable, especially hot time of the year. Just a few days, in her memory, “add up to no more than two weeks.” There is basically no weather above 38 degrees Celsius.

In response to the so-called online opinion that “air conditioners are too expensive, and ordinary German families can’t afford them”, she said, “It’s not that they can’t afford it, but the main reason is that they don’t need it. I never thought about installing an air conditioner.”

She also believes that there is no high temperature weather in Germany. If there are more installations in the future, the installation price will also drop due to market price adjustments.

In this random survey of French and German residents by Yicai, the reason for those who choose an air conditioner is also very simple, that is, “hot”.

In June of this year, Azrod, a Frenchman living in Paris, finally made up his mind to buy an air conditioner. “In recent years, the weather in France has been really hot, and it’s getting hotter year by year,” he said in an interview with reporters. “From previous years, Paris is usually the summer off season from July to August. It was hot, and I could go on vacation at that time, so I didn’t need to buy an air conditioner. But two years ago, it started to heat up in June.”

According to Azrod, the summer after the installation of air conditioners is indeed much cooler. But then there’s a problem, and electricity bills could skyrocket.

And several other people interviewed by the first financial reporter also said that the hottest month in Europe is only from July to August. Considering that France and Germany have generous vacations during the summer break, half of them choose to go to a cool area for vacation at this time, and wait until they return. When I get home, the temperature usually drops to around 20°C.

Against this background, Lilian feels that in Germany, it is more popular to buy a swimming pool at home than to install an air conditioner to bring children a cool summer.

This year, she chose to buy a home swimming pool (300×200×75cm) and an inflatable rainbow play pool for the children at home in this hot summer. This is all the summer cooling equipment she prepared.

According to data from AliExpress, the cooling products, home swimming pools, outdoor sports equipment, swimwear and sunglasses accessories of its European station have shown a surge. Among them, in the last summer promotion (overseas 618), products such as “energy-saving fans” and “home swimming pools” were the best in terms of sales performance. From June to July, the popularity of the swimming pool at home is very high, and the 4-blade brushless 4-blade DC silent electric fan and the Xiaomi energy-saving intelligent control fan are also very popular.

For example, in Spain, Xiaomi’s energy-saving fans were sold out twice, and the turnover of ceiling fan lamps also increased by 12 times. In the French market, the turnover of beach camping mats increased by 260 times. Its data shows that the core price band of small appliances such as fans is 80-120 euros, and the core price band of household light and small items and outdoor toys is 15-45 euros.

According to Fabio Arena, product marketing manager of Xiaomi Spain, Spanish consumers have several dimensions in their evaluation of “good fans”.

The first is that the wind must be strong enough so that the user does not get “stuck” during the cooling process. The second is lower energy consumption. Spanish consumers are paying more and more attention to the energy consumption of their products, not only because of their electricity bills, but also because of environmental concerns. This is reflected in many home appliances and electronic products. The third is adjustable wind speed to suit different room types. The fourth is intelligent control. The fifth is design. People are no longer satisfied with the traditional fan style, but are looking for a more beautiful and concise design.

AliExpress’s data also shows that among the products currently sold in its European station, summer outdoor sports and water sports equipment have grown significantly, and the main forms of sports are travel/camping/fishing/cycling/surfing. European consumers are more interested in skateboards. The demand for cars, surfboards, and cycling has risen most significantly. At the same time, portable lamps with long battery life, solar energy, multi-function/portable compact, ultra-bright and waterproof have also been significantly improved. Consumers are more concerned about cost performance and the function and quality of the product itself. The core consumer group is health-conscious consumers aged 25-40 who love life and sports, and the price range is wide.

See also  After being kicked out of Apple's supply chain, OFILM's revenue in 2021 will be "halved" - Hardware - cnBeta.COM

Wu Anqi, the investment director of the investment agency Grand View Capital, told the First Financial Reporter that the reason why the recent sales of cool products on cross-border e-commerce platforms is better is that they meet the needs of consumers.

Wu Anqi analyzed that from May to August, when the northern hemisphere countries entered summer, some European and American consumers have a larger living area, and some houses are also equipped with swimming pools, which increases the demand for outdoor sports in summer.

At the same time, from the perspective of supply chain, due to the large number of production and manufacturing bases in China, and the scale effect has been formed, the supply chain has always been the strength of China‘s overseas e-commerce merchants. A strong supply chain makes it conditional to distribute goods on an e-commerce platform on a large scale.

Wu Anqi also said that in recent years, compared with other countries in the world, China‘s e-commerce has developed rapidly, which has spawned many ways to play, such as big promotions for rebates, live broadcasts, etc., which help e-commerce platforms to obtain more traffic, which in turn helps merchants to lead goods.

But Anqi Wu also said that cross-border e-commerce merchants still face some challenges in developing the European and American markets. First, consumers of cross-border e-commerce are all overseas. If the team is only in China, it may be difficult to grasp the changing needs of overseas consumers. Secondly, European and American consumers pay more attention to brands, which is not good for Chinese merchants who focus on cost-effectiveness.

Afternoon Commentary: The Shanghai Index rose in heavy volume, the semiconductor, brokerage and other sectors strengthened, and the concept of automotive chips rose – yqqlm

The Opening Ceremony of the National Pavilion of...

US congressmen visit Taiwan, the Ministry of Foreign...

Robbing and robbing lives and ruining the charcoal...

Israel: shooting at soldiers in Tulkarm, “We are...

【Famous columnist】The decoupling of the global economy and...

Usa, Trump attacks the FBI: my passports have...

Expert tips for wild camping chaos: you should...