It was reported on October 2 that after the settlement of the Mingzhou case, Sohu Technology exclusively learned from Liu Qiangdong’s lawyer that Liu Qiangdong issued a statement saying: The four-year entanglement is finally over today! Again, apologies to everyone who was bothered by this, especially my wife. Here, I would like to especially thank my wife for her tolerance, support and company! Without her, I would not be able to survive to this day! Time is always moving forward and I hope my life and work can return to normal as soon as possible. We are also about to usher in a new little life, and I will cherish and protect this family even more. I wish everyone a better tomorrow!

Previously, Sohu Technology had exclusively learned that an online document showed that Liu Qiangdong’s “Mingzhou case” would end in reconciliation.

The document, which appears to have been issued by Liu jingyao’s attorney, Wil H Florin, shows that in 2018, the events of Ms. Liu jingyao and Mr. Richard Liu in Minnesota led to a misunderstanding that drew great public attention and gave Both parties and their families have brought deep pain. Today, the two sides agreed to put their differences aside and resolve the legal dispute to avoid further pain from the lawsuit. There will be no further comment from Ms. Liu, her representatives or lawyers, nor the parties, beyond the above. “

In this regard, Sohu Technology asked JD.com for confirmation. The other party said that the misunderstanding caused by an accidental incident in Minnesota, USA in 2018 by Mr. Liu Qiangdong and Ms. Liu Jingyao took up a lot of social resources and also caused damage to each other’s families. deep distress. Today, in order to avoid further litigation damage, the two sides decided to clear up the misunderstanding and reach a settlement to bring this incident to an end. Except for the above statement, Ms. Liu Jingyao, her representatives and lawyers will not make any comments, and the two parties will not issue other joint statements. 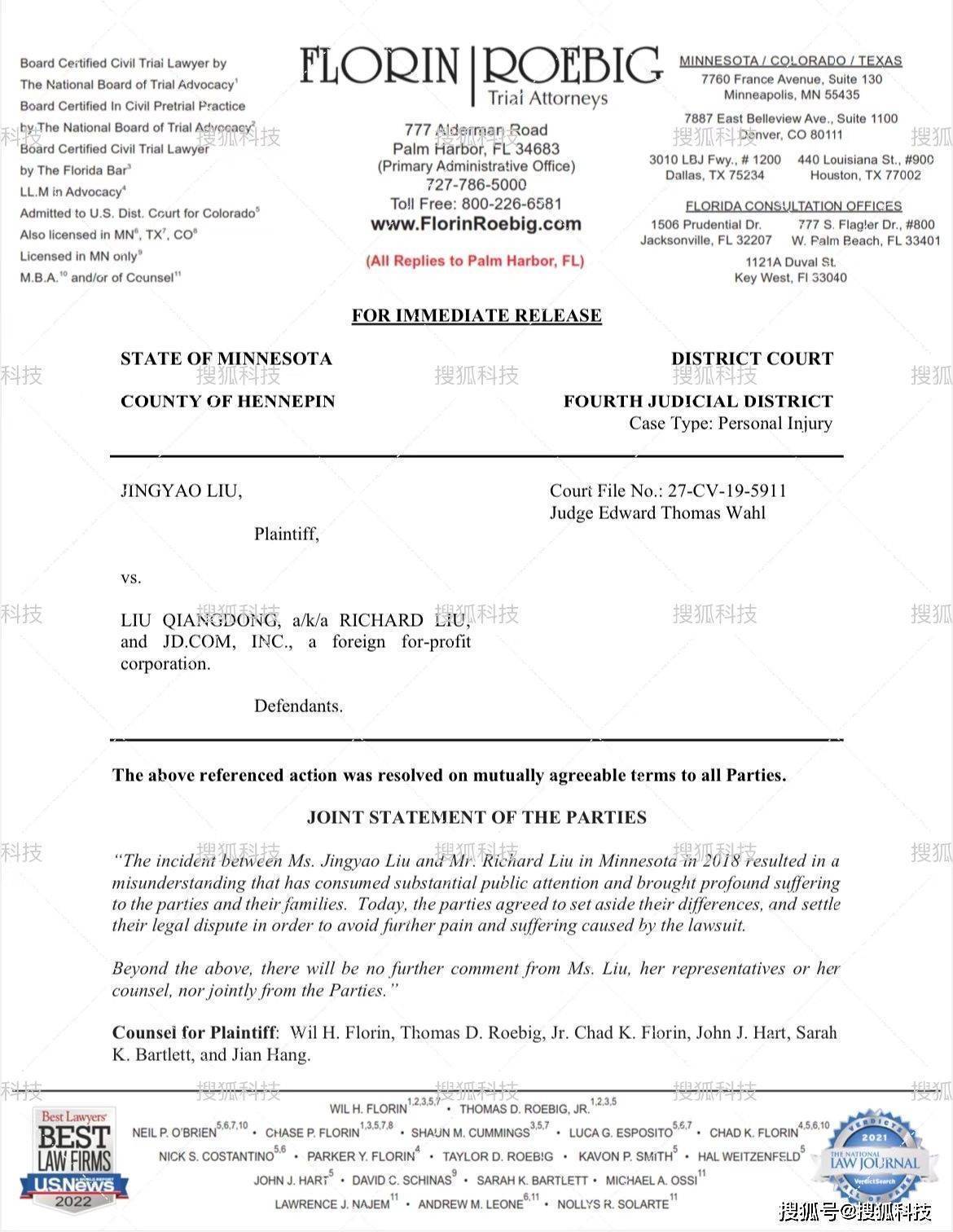 Liu Qiangdong has been pulling for more than 4 years before and after the “Mingzhou Incident”. In the early morning of August 31, 2018, Liu Jingyao, a 21-year-old University of Minnesota student accused of sexual assault, was arrested by the police and released the next afternoon. 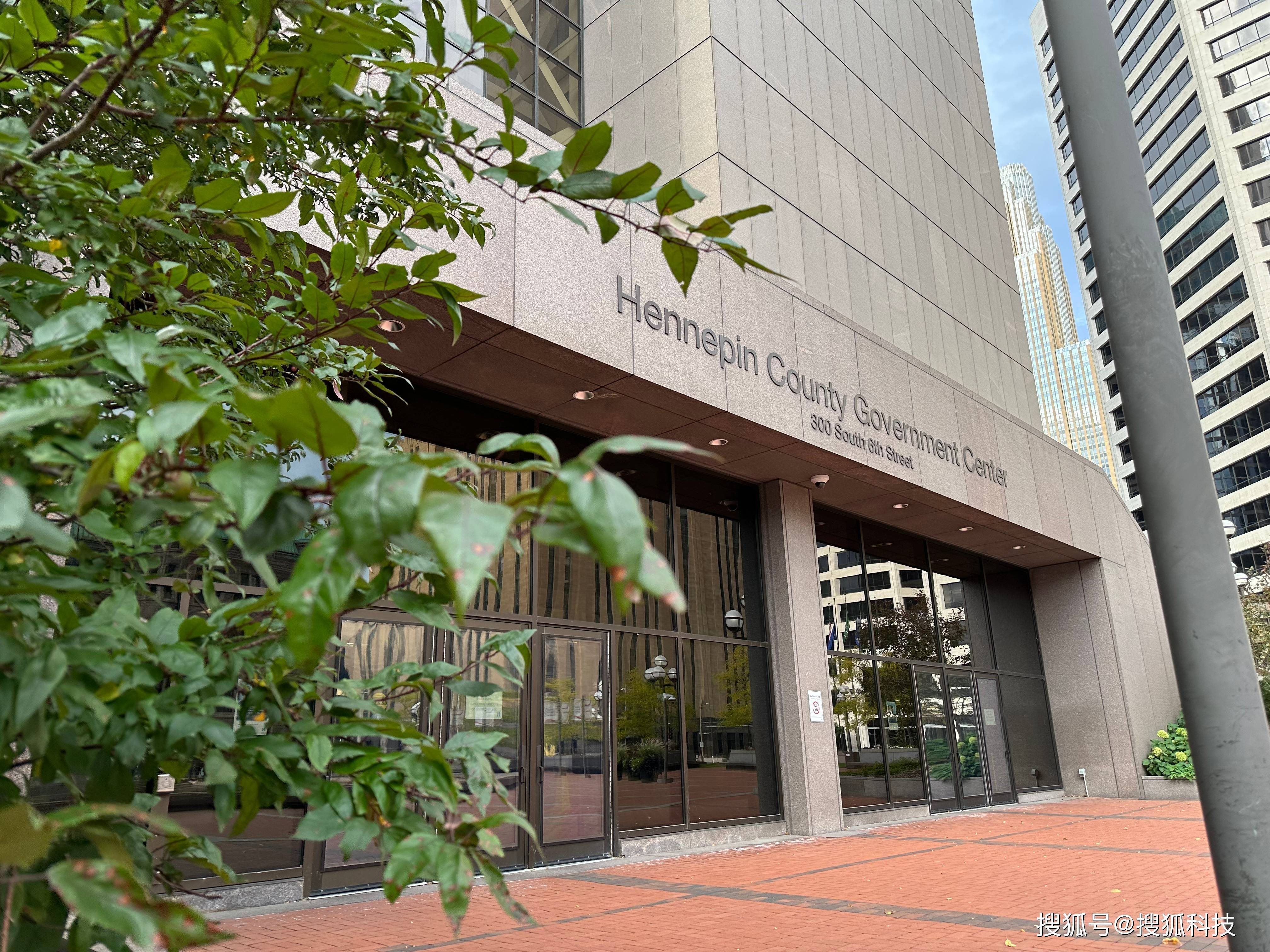 On December 21, 2018, the Henneping County Procuratorate decided not to prosecute Liu Qiangdong due to insufficient evidence.

After the criminal case ended, on April 16, 2019, Liu Jingyao filed a civil lawsuit in the Minnesota District Court, listing Liu Qiangdong and JD.com as the defendants, demanding that both parties compensate her for more than $50,000 in damages and bear the litigation costs.

On April 27, 2020, the judge issued a judgment rejecting JD.com to clear the employer’s vicarious liability.

See also  Online purchases: in Italy we are at 34 billion euros

Just a day earlier, the two sides were still preparing for a trial, and 12 jury members had just been selected. The two sides were originally scheduled to hold court at 9:00 a.m. local time on October 3.Return to Sohu, see more