Home World Fearing that Honduras will follow the pace of Nicaragua and establish diplomatic relations with China, the United States has decided to provide “large” economic assistance
World

Fearing that Honduras will follow the pace of Nicaragua and establish diplomatic relations with China, the United States has decided to provide “large” economic assistance

Original title: Afraid that Honduras will follow the pace of Nicaragua and establish diplomatic relations with China, the United States decides to provide “large” economic assistance

After Nicaragua, neighboring Honduras once again became the focus of attention. The incoming Honduran President Xiomara Castro made it clear during the campaign that after taking office, he would establish diplomatic relations with mainland China and “sever diplomatic relations” with the Taiwan authorities, but he also faced clear pressure from the United States. .

According to news from Reuters today (11th), a US official said that the US is not sure whether Honduras will follow Nicaragua and establish diplomatic relations with China. The government provides “substantial” financial aid.

In response, Cui Shoujun, a professor at the School of International Relations at Renmin University of China and director of the Center for Latin American Studies at the National People’s Congress, told Observer.com that it is only a matter of time before Honduras, Guatemala, or the remaining small countries in Latin America establish diplomatic relations with China. It is conceivable that China will announce some infrastructure and financial cooperation projects in high-profile with Nicaragua soon. Honduras is a neighboring country of Nicaragua, and it is bound to be infected by this sentiment.

On December 9, local time, the government of Nicaragua, a Central American country, issued a statement: acknowledging that there is only one China in the world. The People’s Republic of China is the sole legal government representing the whole of China, and Taiwan is an inalienable part of Chinese territory. The Nicaraguan government will “sever diplomatic relations” with Taiwan from now on.

See also  Climate Summit: the super growth of the giants China and India, the Russian aims and the Brazilian demands. Numbers and contradictions that leaders will have to face

In this regard, Reuters pointed out on the 11th that the most direct reason for Nicaragua’s turning to China was the “assistance” of the United States. A senior U.S. government official stated that the current president of Nicaragua, Daniel Ortega, who won the election in November this year, was previously sanctioned by the U.S. and turned to China to seek assistance and support, and was a “response to pressure from the international community. “.

The official did not forget to emphasize that the transition in Nicaragua is only a very “concrete” case, and the United States does not believe that other such actions will occur in this hemisphere.

However, in fact, Honduras, Nicaragua’s neighboring country, has repeatedly expressed its intention to establish diplomatic relations with China, but it has been obstructed by the United States.

At the end of November, the left-wing leader Xiomara Castro won the Honduras election and will become the country’s first female president. Earlier, Castro had stated when running for the election that if elected, she would terminate the “diplomatic relations” between Honduras and Taiwan and switch to recognizing “one China.” Her husband Zelaya also made a similar statement in September this year. 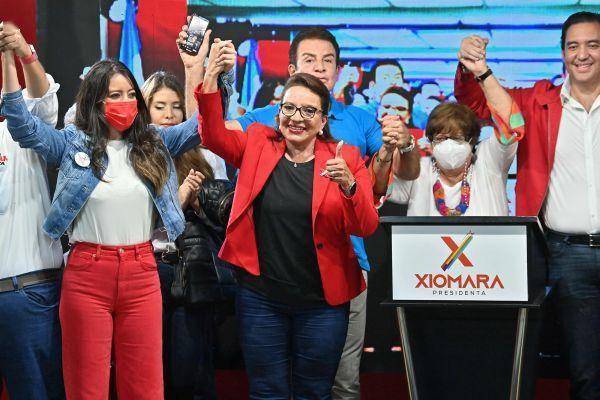 On the evening of November 29th, Castro and his left-wing supporters took to the streets to celebrate the victory. Source: Social Media

However, Honduras is facing pressure from the United States on diplomatic issues. According to a previous report by Reuters, just before the Honduras election results were announced, from November 21 to 23, the US Assistant Secretary of State for Western Hemisphere Affairs Brian Nichols (Brian Nichols) launched an “unusual and timely” response to Honduras. access.

A senior official of the US State Department admitted that the US delegation led by Nichols had clearly pressured the presidential candidate during his visit that the Biden administration wanted to see Honduras maintain “diplomatic relations” with Taiwan. “We have spoken directly to the two main candidates,” the official said.

Now Nicaragua has resumed diplomatic relations with China. According to a Reuters report on the 11th, U.S. officials revealed that the U.S. is not sure whether Honduras will follow Nicaragua and establish diplomatic relations with China, but he added that the Biden administration has decided to continue to “spend money.”Ready to provide “substantial” economic assistance to the incoming Castro government.

Under pressure from the United States, Honduras’ attitude has swayed.

According to the British “Guardian” report on the 1st, Ismael zipeda, an economist at the Honduran think tank “Fosdeh”, said that part of the motivation for establishing diplomatic relations with China is to fight against the influence of the United States. The potential economic benefits are too tempting to ignore.

“This is an attempt to balance the hegemony of the United States.” He said: “Honduras wants to enter such a dynamic. If you don’t support me internally and I want to build a large project, I have another ally to give me the resources I need.” 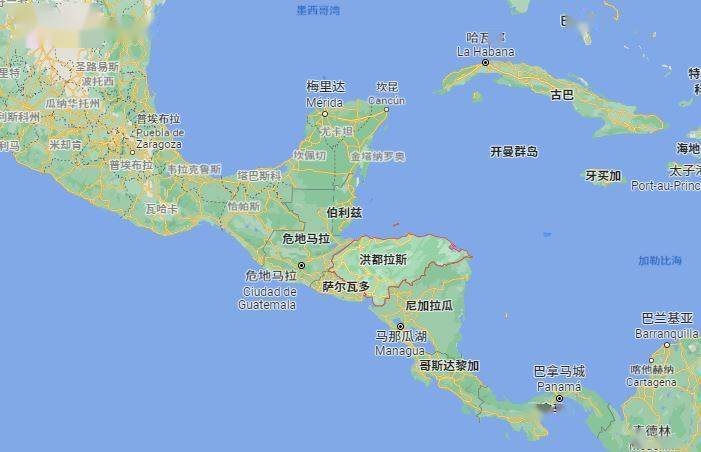 A screenshot of the location of Honduras from Google Maps

Because these countries are all for profit, whoever can give them greater benefits, they may be on the side of whose side. In recent years, China‘s economic strength has grown substantially, as well as its large demand for raw materials and primary products in Latin America, which will make these countries feel a very large driving force.

Now that Nicaragua has resumed diplomatic relations with China, it is conceivable that China will soon announce some infrastructure and financial cooperation projects with Nicaragua in a high-profile manner, especially infrastructure cooperation, which these countries need very much. The signing of large contracts will inevitably stimulate another group of countries. Honduras is a neighboring country of Nicaragua, and it is bound to be infected by this sentiment. Return to Sohu to see more

Seaport’s opponents not only want to counterattack Shandong Taishan, physical fitness and injuries are tests

Baltimore, music is poetry. “From songwriters to Jovanotti” – Magazine

“We technicians of the Zaporizhzhia nuclear power plant...

Zelensky to the Russians: leave Putin or you...

The most serious tragedies in the stadiums

Brazil, Lula favorite against Bolsonaro in a blocked...