According to foreign media reports,The latest observation from the NASA/ESA Hubble Space Telescope shows Arp 86, a pair of strange interacting galaxies located in the constellation Pegasus about 220 million light-years away from Earth.. Arp 86 is composed of two galaxies NGC 7752 and NGC 7753-NGC 7753 is the dominant large spiral galaxy in this image, and NGC 7752 is its small companion. 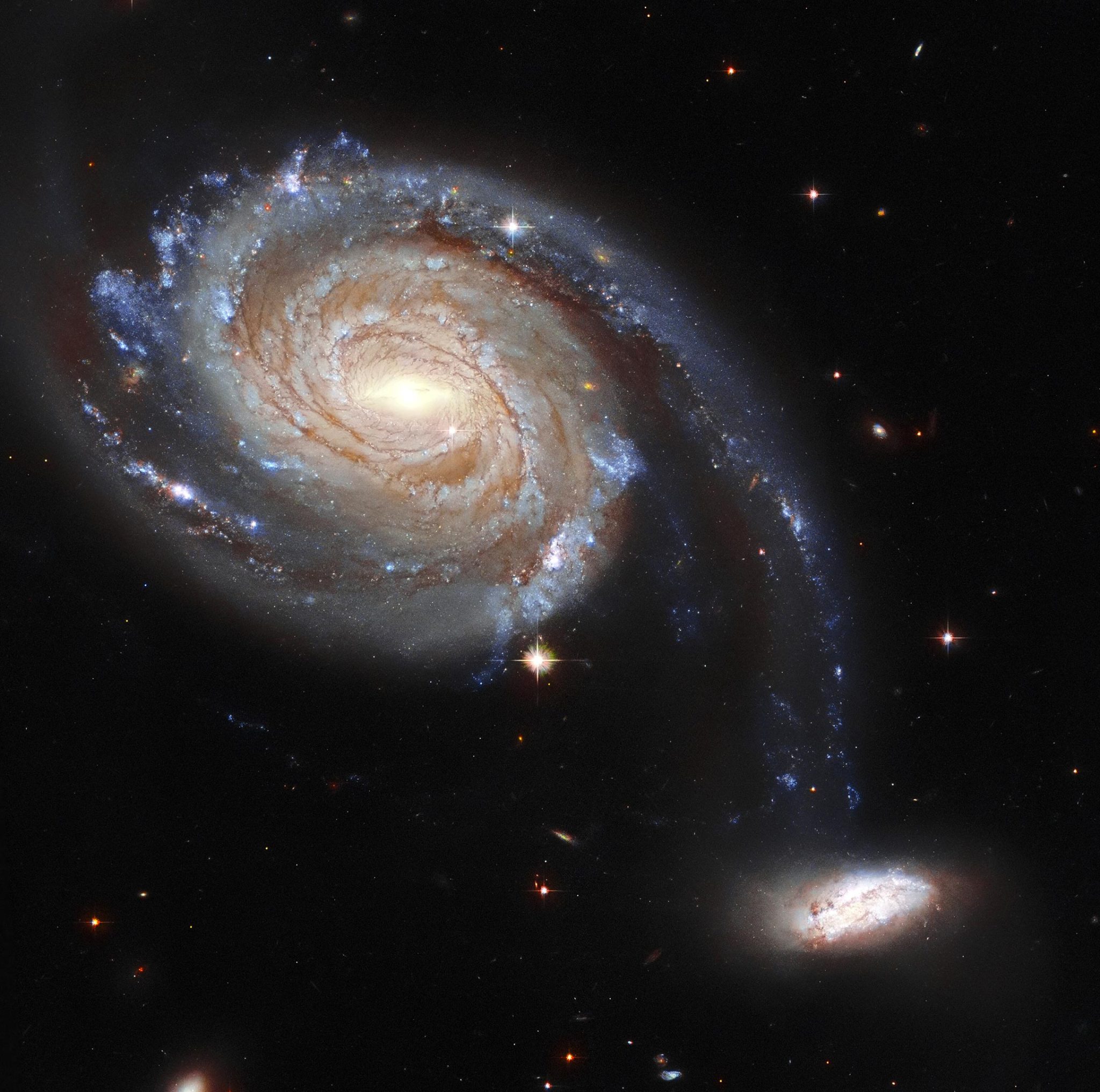 This smaller companion galaxy almost appears to be attached to NGC 7753. It is this particularity that has earned the title “Arp 86”-marking the appearance of this pair of galaxies in the astronomer Halton Arp’s “Special” in 1966. In the Atlas of Peculiar Galaxies. The gravitational battle between these two galaxies is doomed to be a catastrophic outcome for NGC 7752. It will either be thrown out of the intergalactic space or completely swallowed by its much larger neighbors.

Hubble’s observations of Arp 86 are part of a larger effort to understand the connection between young stars and the cold gas clouds they form. Hubble stared at star clusters and gas and dust clouds, which are distributed in various environments in nearby galaxies. Combined with measurements from ALMA, a huge radio telescope sits high in the Chilean Andes. These Hubble observations provide a treasure trove of data for astronomers dedicated to understanding how stars are born.

These observations also planted the seeds for future research on the upcoming space telescope, the NASA/ESA James Webb Space Telescope. The telescope, which will be launched later this year, will study star formation in dusty regions, such as the Arp 86 galaxy here.

US Secretary of Energy said the release of...

Up for auction is Napoleon’s sword from the...

Omicron, borders closed from the US to Japan....

Omicron variant and vaccines: Moderna and Pfizer are...

Coronavirus in the world, the Omicron variant has...