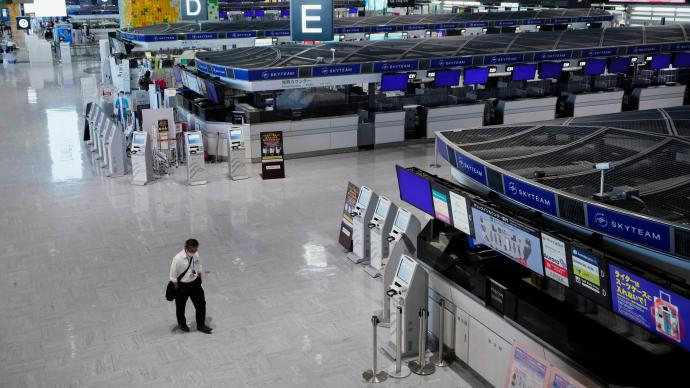 Japanese media reported on December 1 that the second case of Omi Kiron strain infection was found. Regarding the newly emerging Omi Keron mutant strain, what measures has Japan taken to deal with it?

Headquarters reporter Li Weibing:Japan’s measures against Omi Keron mutant strains this time are still very strict. When Omi Keron showed a global proliferation trend, Japanese Prime Minister Fumio Kishida announced on the 29th that from 0:00 on the 30th, new entry of foreigners will be suspended for all countries and regions. This is what everyone said that Japan prohibits all foreigners from entering the country.Some people say that Japan has “closed the country.” In fact, there is a certain misunderstanding. Japan prohibits the entry of new foreigners. This does not include foreigners who have obtained long-term residence permits in Japan. Those with long-term residence permits can still enter Japan.On December 1, Japan once again strengthened its anti-epidemic measures against Omi Keron mutant strains and announced the suspension of entry of foreigners with residence permits in Japan from 10 countries including South Africa and its neighboring countries. In other words, even if people from these 10 countries have long-term residence status in Japan, they cannot enter Japan temporarily.

The severity of the epidemic prevention measures taken by Kishida Fumio is in stark contrast with his predecessor. The previous cabinet of Yoshihide Suga was criticized for its slow response to the delta mutant strain. As a result, the Japanese new crown pandemic in August and September directly caused the cabinet’s support rate to drop and the regime to fall. . This time, Kishida learned the lesson of Yoshihide Suga and immediately adopted very strict measures to show his decisive decision-making. However, some people criticized the Kishida cabinet for overreacting. For this, Kishida said on the one hand that he would take full responsibility for it, and on the other hand, he explained that this was done without clarifying the characteristics of the Omi Keron strain. Temporary measures are tentatively implemented for one month. In other words, he also left room for flexibility. On November 30 and December 1, Japan successively confirmed Ome Keron infections from abroad, one from Namibia and one from Peru.

Alcohol, gays and adulterers: the “Italian” film that...

Ukraine, Minister Guerini: “Italy will do its part....

The reasons for sudden large-scale power outages in...