Home World Many people arrested for protests in Rotterdam, the Netherlands because of dissatisfaction with the government’s anti-epidemic policy
World

Many people arrested for protests in Rotterdam, the Netherlands because of dissatisfaction with the government’s anti-epidemic policy

Original title: Many people were arrested for protests in Rotterdam, the Netherlands due to dissatisfaction with the government’s anti-epidemic policy

On the 19th (Friday) local time, protests against the new crown pneumonia blockade took place in the Dutch port city of Rotterdam. Hundreds of demonstrators set off fireworks, threw stones at the police and set fire to police cars. The police fired warning shots and water cannons. In response, 7 people were injured. Rotterdam authorities say they have arrested more than 20 people and expect to detain more people based on surveillance video from the city center where the riots occurred.

The mayor of Rotterdam condemned the violence at a press conference on Saturday, saying that “the police were forced to draw out their weapons and even shoot directly.” When asked how the riot was defined, he said: “This is A violent carnival, I can’t think of other ways to describe it.”

Hundreds of protesters gathered on Friday evening to oppose the government’s plan to allow only those who have a “new crown pass” to enter indoor venues-possession of a pass indicates that they have been vaccinated, have tested negative for nucleic acid or have been infected with the new crown pneumonia recover. If implemented, only those who present the pass can enter indoor places such as restaurants and bars.

Earlier on Friday, the government announced a ban on the display of fireworks on December 31 for the second year in a row. The government said the ban will prevent “additional pressure on medical institutions.” 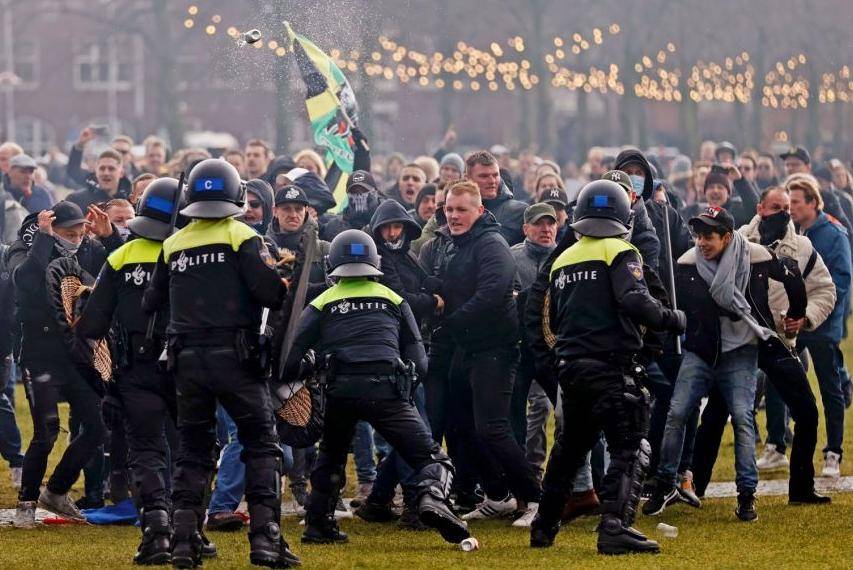 The Netherlands re-implemented some lockdown measures last weekend, initially for three weeks, in an effort to slow the re-spread of the new crown virus, but the current daily infection rate is still at the highest level since the country’s new crown epidemic. The Netherlands reported more than 23,000 new cases on the 18th, which is much higher than the 13,000 confirmed cases recorded on a single day in December 2020.

Jiangsu Provincial Committee of the Chinese People’s Political Consultative Conference held a party group theory study center group study meeting: in-depth study and implementation of the spirit of the Sixth Plenary Session of the 19th Central Committee of the Party, to fulfill the new mission, write a new chapter and contribute the wisdom of the CPPCC_Xinhua News

Elke Kahr, a communist in Graz. Is socialism...

Two Japanese “astrotourists” in orbit: one is an...

Space, Japanese billionaire on a Russian rocket to...

The volcano on the island of Java has...