With the advent of winter, the U.S. epidemic has begun to counterattack again. In this case, the importance of vaccination against the new crown is self-evident. As for children, there is also good news recently, and the situation where they have no vaccine to fight may be coming to an end. After Pfizer’s children’s vaccine entered the approval stage, Modena also kept up.On October 25, local time, Modena announced that its new crown vaccine has a significant immunization effect on children aged 6 to 11 and is well tolerated. The company said that a total of 4753 children participated in the trial, and the vaccine dose used was 50 micrograms, which is half of the adult vaccine. 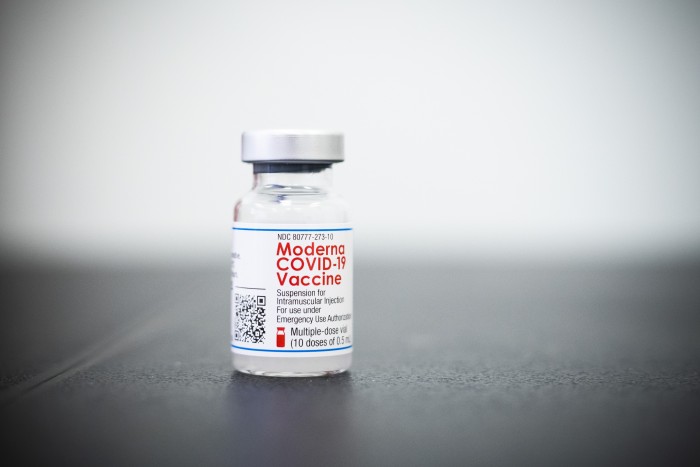 According to Modena, the company’s two-dose vaccine produced enough new coronavirus neutralizing antibodies in children, and its safety was comparable to previous clinical trials in adolescents and adults. Most of the side effects currently appearing are mild or moderate, among which fatigue, headache, fever and pain at the injection site are the most common.

At present, Modena’s vaccine has been approved for use in adults over 18 years of age, and its booster shots are also allowed to be used in the elderly and people with impaired immune systems. However, the US Food and Drug Administration (FDA) has not approved MO The Dana vaccine is used for adolescents between 12 and 17 years of age. It is reported that the company will submit data to regulators as soon as possible.

In the development and use of children’s vaccines, Pfizer’s progress is ahead of Modena. Earlier on the 22nd, the FDA announced the test results of Pfizer vaccines in the 5-11 age group. Data show that Pfizer recruited 2,268 children aged 5 to 11 years old to participate in the trial, using one-third of the adult dose (10 micrograms) and vaccinated twice, the vaccine effective rate reached 90.7%.

See also  South Africa: black crusade to speak Afrikaans, the language of the rulers, at the university that was the temple of apartheid

On the 24th, FDA Director Rochelle Walensky said that the FDA is currently reviewing two doses of Pfizer’s 5 to 11-year-old children’s new crown vaccine and will vote on the 26th local time to decide whether to approve the Pfizer vaccine. For children 5 to 11 years old.

Valensky added that consultants from the US Centers for Disease Control and Prevention (CDC) will hold meetings on November 2 and November 3 to give advice on the use of the new crown vaccine for children aged 5 to 11 and make a final decision.

In this regard, vaccine expert Tao Lina told Beijing Business Daily that since the epidemic, the mRNA vaccine has withstood the test and there is no problem with its safety. He said that he is very certain that Pfizer’s children’s vaccine will be approved by the FDA and CDC.

If the children’s vaccine can be put into use smoothly as scheduled, it will bring a new turn for the epidemic in the United States. The latest data on the 25th showed that there were more than 100,000 new confirmed cases of new crowns in the United States that day, reaching 105,561. The average daily number of newly diagnosed cases within 7 days also remained high, reaching 70,000.

Especially since the beginning of the school season in September, the number of confirmed cases of the new crown in children in the United States has continued to rise. The latest data released by the American Academy of Pediatrics and Children’s Hospitals Association show that as of October 14, the number of newly diagnosed children in the United States in the past six weeks exceeded 1.1 million, and nearly 6.2 million children have been infected with the new crown virus since the outbreak.

The US government is also concerned about the continued increase in the number of confirmed cases of the new crown in children, and hopes that the childhood vaccine will be put into use as soon as possible. On the 20th, the White House issued a statement stating that it has prepared a dose of Pfizer’s new crown vaccine for 28 million 5 to 11-year-olds across the United States. Once approved, it will start vaccination as soon as possible. Vaccination points will be set up in more than 25,000 pediatric clinics, more than 100 children’s hospitals, pharmacies, schools, and community health centers across the United States.

Public health experts said that although vaccinating young children as soon as possible will help alleviate the epidemic, how to increase parents’ confidence in vaccines and respond to their concerns about safety and effectiveness is also a challenge. The results of a poll recently released by the Kaiser Family Foundation in the United States showed that only one-third of parents in the 5 to 11-year-old group said that they would vaccinate their children after the vaccine is approved.

Regarding the side effects of the vaccine, Taolina admitted that the new crown vaccine has just begun to be used in humans after the epidemic, and the experience in children’s use is not rich enough. However, he also said that on the whole, most of the side effects of the vaccine are fever, fatigue and other uncomfortable symptoms, and there are few irreversible serious cases.

See also  European Council: from agreements with the US on vaccines to Turkey

In addition to the side effects of the vaccine, Taolina mentioned that during the vaccination process, vaccinating children with one-third of the adult dose may cause some problems. The first is misoperation. He said that one-third of the dose may be drawn inaccurately, and even the wrong dose may appear.

Tao Lina further introduced that another problem is the waste caused by improper management and uneven deployment. He said that there is generally no situation where the doses of three children’s vaccines are pooled for adult injections, so if the distribution is uneven, some of the children’s vaccines may be wasted.

In contrast, Taolina introduced that in the domestic inactivated vaccine vaccination process, children will be injected with the same dose as adults, so the above problems can be avoided.

A female teacher in Hebei No. 1 Vocational School checks her bed and talks about bad words

Ukraine, the US and European allies in Moscow:...

Kishida Fumio said that Japan’s economy will be...

The United States announces a diplomatic boycott of...

Beijing Olympics, the US announces a political boycott