Dutch and British scientists have used a nanotextured structure to make thin-film silicon photovoltaic cells opaque and thus enhance their efficiency at absorbing sunlight. The experimental results show that the thin-film battery designed by the new method can absorb 65% of sunlight, which is the highest light absorption rate exhibited by thin silicon films so far, close to the theoretical absorption limit of about 70%, and is expected to lead to flexible, lightweight and efficient. Silicon photovoltaic cells. The research was published in the journal American Chemical Society Photonics. 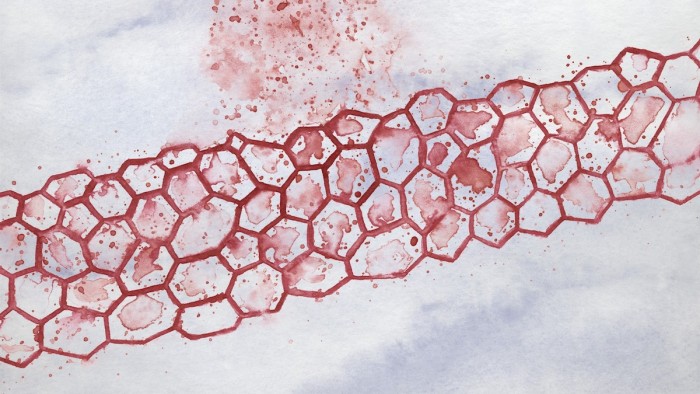 Silicon solar cells are highly efficient, and the raw material is silicon, which is abundant on earth, and is considered an efficient photovoltaic technology. But they require thick, hard, heavy wafers, so they are limited. Using thin films could reduce silicon usage by 99 percent and make batteries lighter and more durable, allowing them to be easily integrated into urban buildings and even small everyday devices. But thin silicon films can only absorb 25% of sunlight. With this in mind, researchers at the National Institute for Atomic and Molecules in the Netherlands (AMOLF), the University of Surrey and Imperial College in the UK have improved it.

The researchers explained that the nanostructured surface they designed using the new method has an ultra-uniform distribution pattern that confines direct sunlight to a range of angles, thereby trapping more light within the silicon film. The more light that is trapped, the more likely it is to be absorbed. Studies have shown that the ultra-uniform distribution pattern can better define the incident angle of sunlight, allowing more sunlight to be absorbed.

See also  Afghanistan, that business "corridor" that links China and Pakistan to the fate of the Taliban

In addition, capturing sunlight into thin silicon presents two key challenges: sunlight contains many colors, the size of the silicon film is limited, and silicon absorbs each color light differently. The study found that thick silicon solar cells coated with pyramid-shaped surfaces with patterns similar in size to the wavelength of light could solve this problem. “We estimate that a carbon-silicon cell with a thickness of 1 micrometer can achieve a photoelectric conversion efficiency of more than 20%, which is an advantage for flexible and lightweight carbon-silicon photovoltaic cells,” said Esther Araken Rado of AMOLF, who led the latest research. A major breakthrough. The study also found that high-efficiency thin-silicon cells can be made from low-quality silicon, which reduces energy requirements for purifying virgin silicon and reduces energy recovery time.”

The researchers point out that although such high-efficiency thin-film cells are still some way away from applications, ultra-uniformly patterned thin-film photovoltaic cells hold great potential.

The central bank issued a document to guide the financial support for rural revitalization in 2022: strengthen the support of monetary policy tools and strengthen the protection of the rights and interests of rural financial consumers – yqqlm

G7 may restrict the import of Russian gold,...

US anti-submarine aircraft flying over the Taiwan Strait...

Russia-Ukraine war: the news of June 29

The United States announced a series of new...

Ukraine, in Kremenchuk among the mall survivors: “I...