There is obvious wind and rain in Hainan and the South China Sea:From 08:00 yesterday to 06:00 today, due to the influence of typhoon “Aolu”, there was heavy rain in Hainan Island, and heavy rain (100-189 mm) in parts of the central and northern parts; the Xisha Islands, the Zhongsha Islands and the coast of Hainan Island and the coast of southeastern Guangxi There are gusts of magnitude 7 to 8 in the coastal areas of Guangdong and Fujian, and gusts of magnitude 9 to 11 on the northern and southern coasts of Hainan Island and the Paracel Islands. In addition, moderate to heavy rains occurred in parts of southeastern Shaanxi, northeastern and southern Sichuan, Chongqing, western Guizhou, northeastern Yunnan, and eastern Tibet. Local heavy rains or heavy rains (106-110 mm) occurred in Liangshan and Panzhihua in Sichuan, and Qujing in Yunnan. ).

It is expected that “Olu” will continue to move westward at a speed of about 20 kilometers per hour, and its intensity will rapidly weaken. Affected by “Aolu”, from 08:00 on the 28th to 08:00 on the 29th, there will be strong winds of magnitude 6-7 in the western South China Sea, the waters near the Xisha Islands, the Qiongzhou Strait, the Beibu Gulf, the western coast of Guangdong, the coast of Guangxi, and the eastern coast of Hainan Island. Gusts of magnitude 8-10, including winds of magnitude 8-9 in parts of the central and western parts of the South China Sea, and gusts of magnitude 11-12. There will be heavy to heavy rains along the east and west coasts of Guangxi, the southern coast of Guangxi, and the eastern part of Hainan Island. Among them, there will be heavy rains (100-160 mm) along the east and west coasts of Guangdong (see Figure 2). 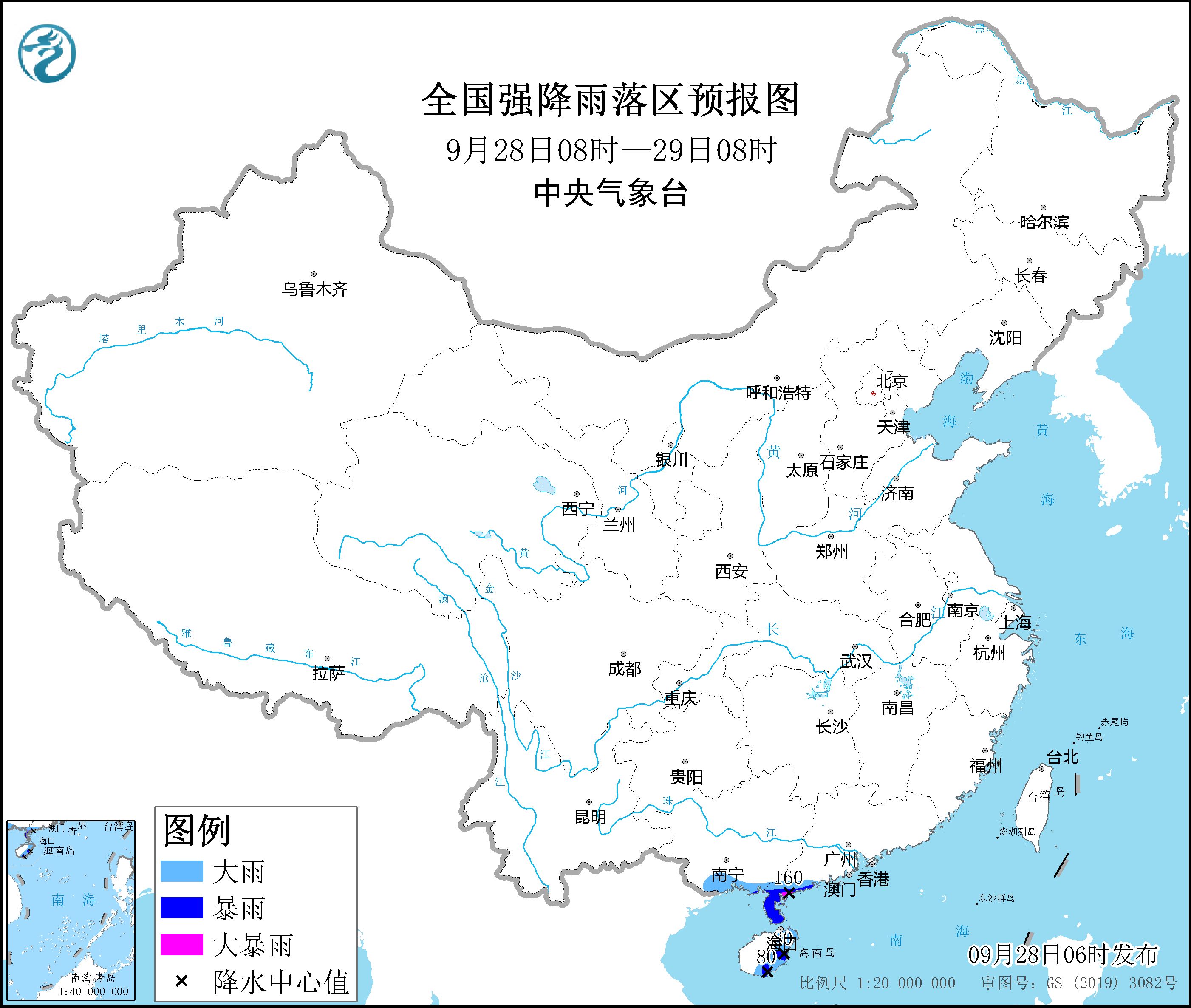 Figure 2 Forecast map of heavy rainfall areas across the country

（2）The rain in the southwest gradually weakened

On the 28th, the range of overcast and rainy areas in the southwest was reduced, and the intensity was weakened. There were still light to moderate rains and local heavy rains in parts of Sichuan, Chongqing, the Qinghai-Tibet Plateau and other places; there were sleet or snow in high-altitude areas.

In addition, from the 28th to the 29th, there was light rain in the northern part of Xinjiang, the temperature dropped by 4 to 6 degrees Celsius, accompanied by northerly winds of magnitude 4 to 6, and there was snow or sleet in high altitude areas.

In the next three days, there will be moderate to heavy rain, local heavy rain to heavy rain, and strong convective weather such as thunderstorms and strong winds in some places, such as the Indo-China Peninsula, the southeastern coastal areas of the United States, Cuba Island, the southern Brazilian plateau, Bolivia, and Peru. There will be sleet or moderate to heavy snow in central Russia, Alaska, northern Canada, central and southern Chile, and southern Argentina.

From 08:00 on September 28th to 08:00 on the 29th,There are moderate to heavy rains in parts of southeastern Tibet, southern Sichuan, northwestern Yunnan, southern Guangxi, southwestern Guangxi, and Hainan Island. Among them, there are heavy rains or heavy rains (100 ~160 mm). There are winds of magnitude 4 to 6 in parts of central Inner Mongolia, Liaodong Peninsula, Xinjiang along the Tianshan Mountains, the east and west coasts of Guangxi, and northeastern Hainan Island (see Figure 3). There are winds of magnitude 8-9 and gusts of magnitude 11-12 in the central and western parts of the South China Sea. 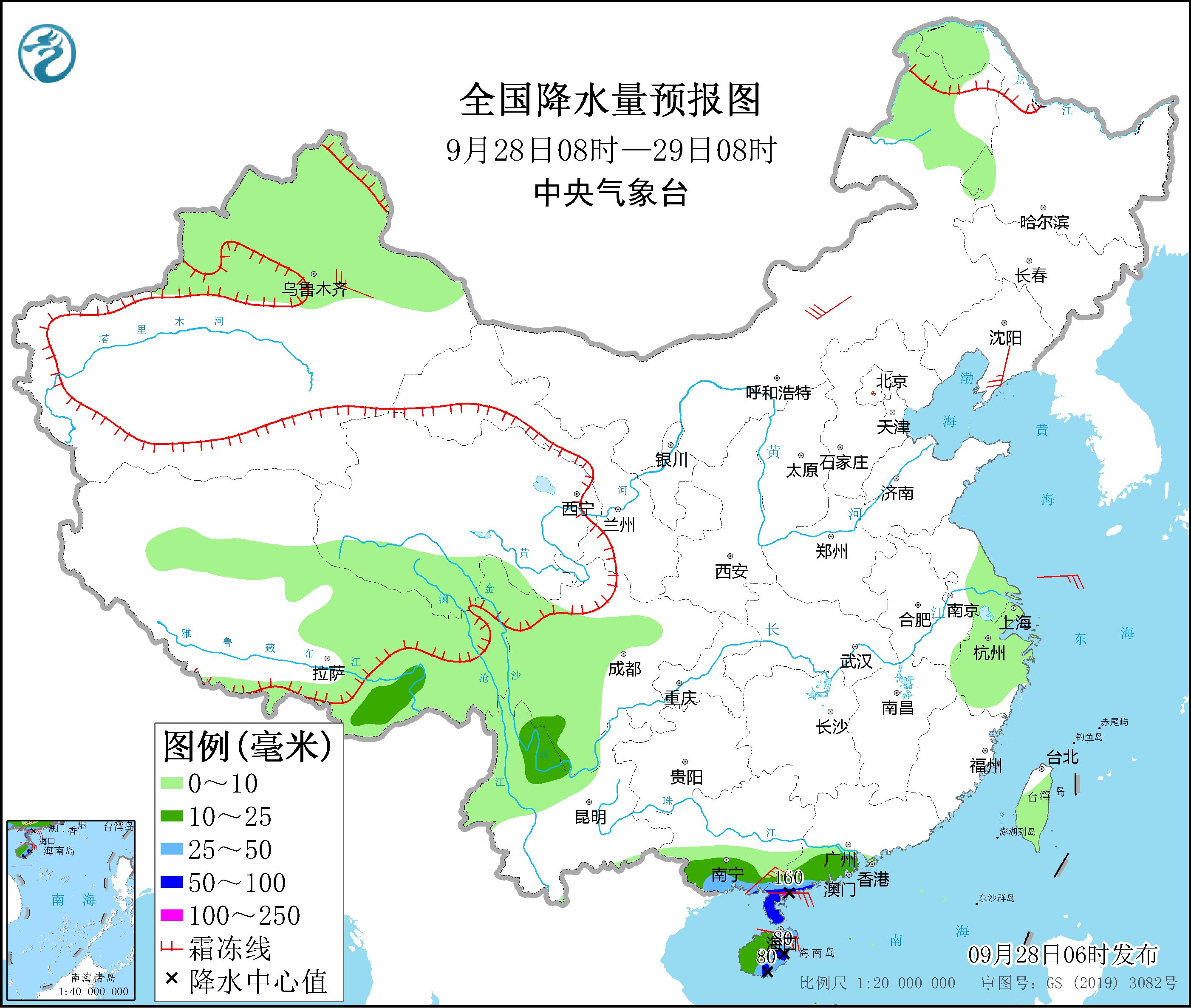 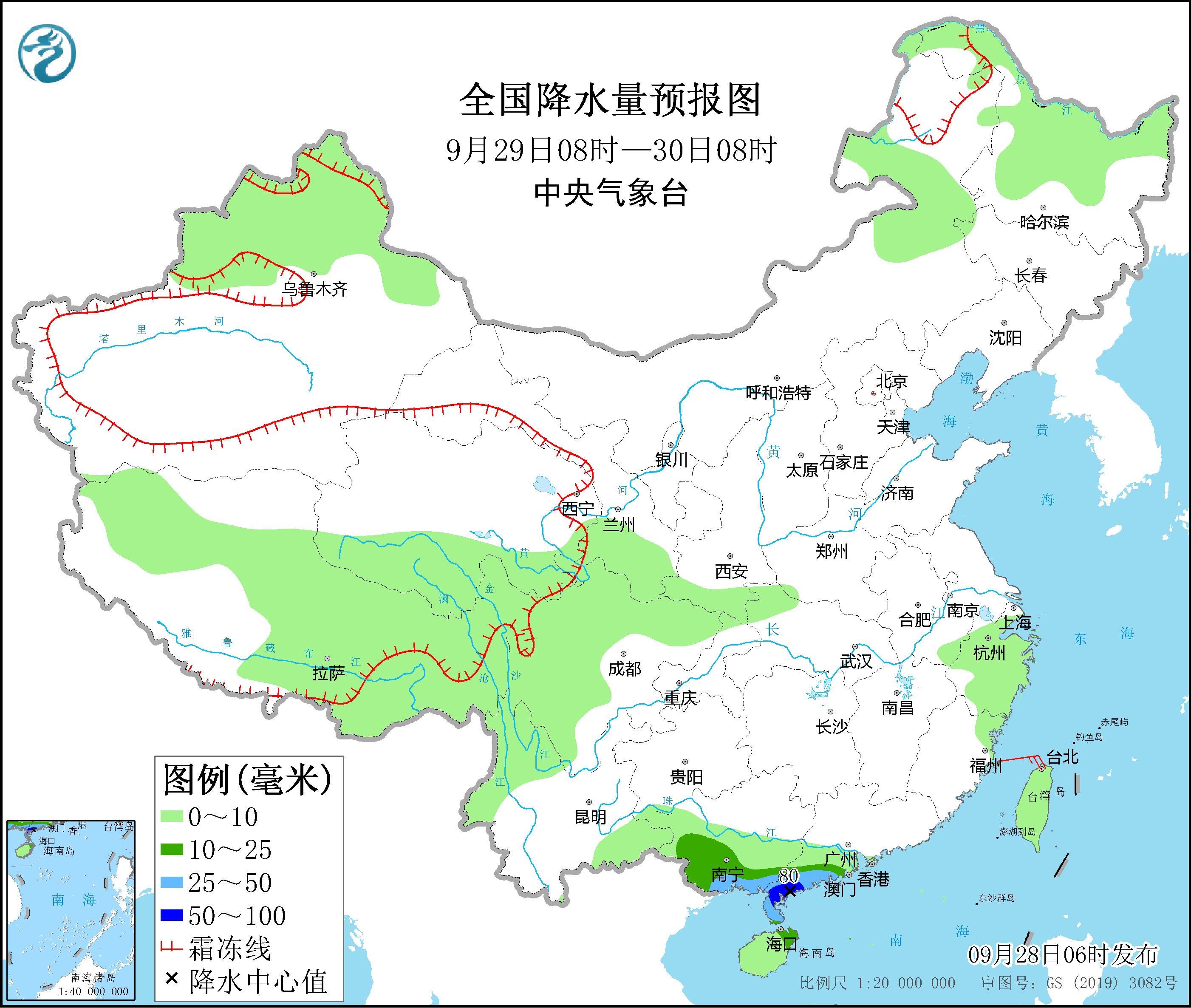 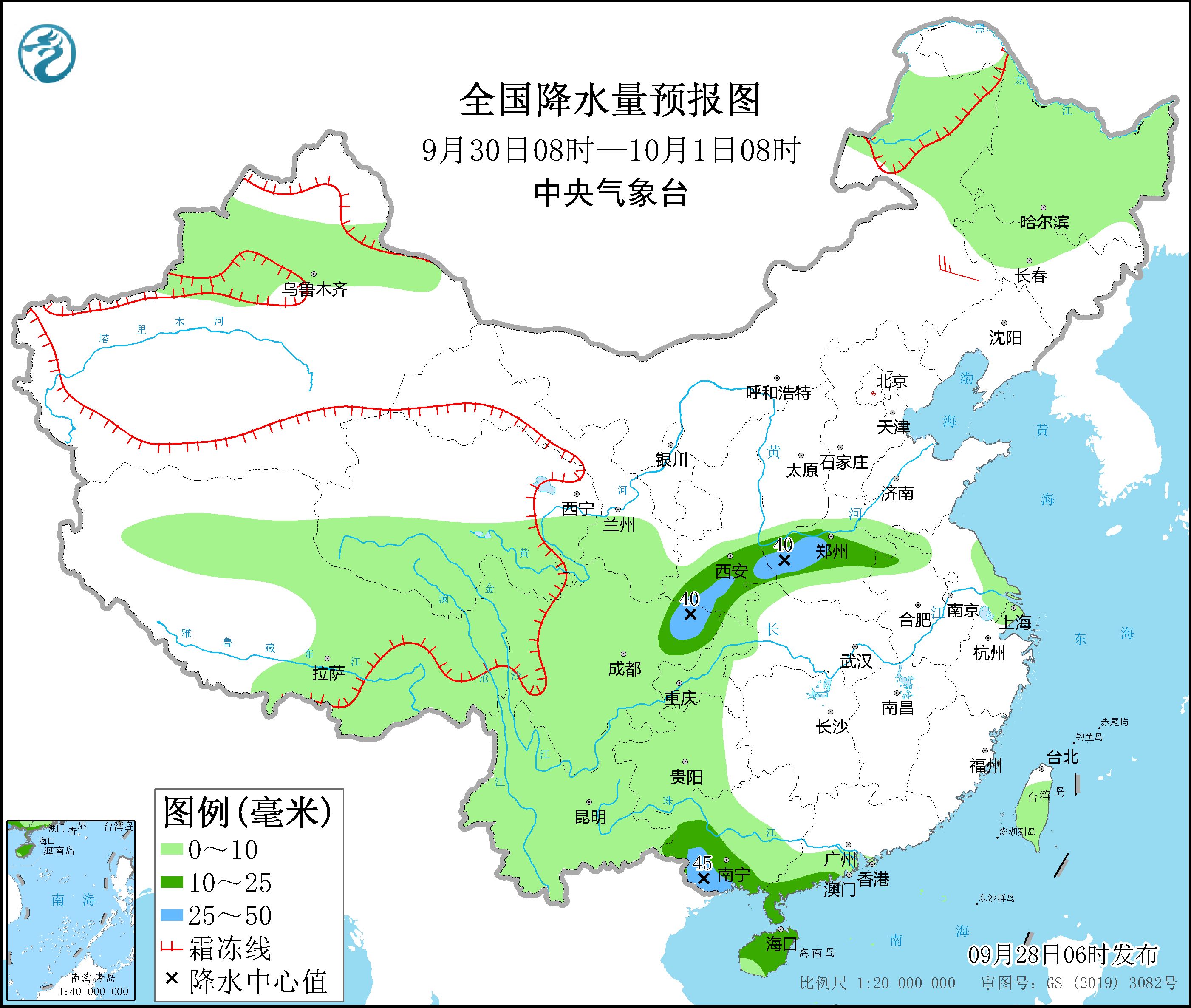 1. Pay attention to the impact of typhoon “Olu” on the wind and rain in the South China Sea, Hainan and other places;

2. North China, Huanghuai, Fenwei Plain and other places are concerned about the adverse effects of haze weather on human health and transportation;

3. Continued rainy weather and strong local rainfall in the southwest region should pay attention to possible secondary disasters and adverse effects on the construction of the Sichuan-Tibet Railway and the restoration and reconstruction of the Luding earthquake area;

4. The development trend of meteorological drought in Jiangnan, Jianghan, and western Jianghuai.

Zhou Xiaohui: Is the cancellation of entry quarantine in Hong Kong related to the situation in Beijing? | Nucleic acid testing | Vaccination | Reform and opening up

Accident between two trains in Catalonia, around 70...

Xi Jinping’s visit to Saudi Arabia: What do...

Germany, maxi roundup against right-wing extremists and no...

Price cap too high? In reality, the value...

Nature: Heavy!Found a drug to end the new...