The “Cambodia China Times” reported on September 23 that the unified command committee of Sihanoukville Province, Cambodia reported that a shipwreck accident occurred in the waters of Sihanoukville Port on the 22nd. personnel. The fishing boat carried a total of 41 Chinese citizens (including 3 women), of whom 21 were rescued, 1 was killed, and 19 were still missing. Search and rescue work is still ongoing. (Interface News)

This year marks the 10th anniversary of the commissioning of the aircraft carrier Liaoning. The People’s Navy in the new era has entered the “three aircraft carrier era”. At present, my country’s third aircraft carrier Fujian ship is carrying out mooring tests as planned. (CCTV Military Official Weibo)

The Taipei Zoo confirmed on the 23rd that the mainland giant panda “Tuan Tuan”, who had just turned 18, was diagnosed with brain lesions after an external diagnosis and will be carefully diagnosed and treated. “Tuan Tuan” has recently been in the backcourt for recuperation and observation, and will have to wait for the collection of all test results to clarify the cause. The Taipei Zoo issued a press release stating that the news of Tuantuan’s illness makes everyone feel distressed, and the zoo will do its best to provide medical care. (Xinhua News Agency)

The person claiming to be returning to China on horseback apologizes: all people are fake before they are in the country

In September, Xu Zhixian, a 32-year-old man who claimed to have returned from Spain on horseback, was reported by many people in the Netherlands for “animal cruelty”, which aroused concern. On September 23, Xu Zhixian called the reporter, “I am in Shanxi now, not in the Netherlands. It is a fake to return from Europe on horseback. I want to apologize!” Xu Zhixian refused to disclose where he was in Shanxi, saying that he was afraid of being attacked by the Internet. However, the reporter found a personal trumpet suspected of Xu Zhixian, and since January 2018, he has been sharing his life in Europe, including many photos of himself. Is his move suspected of fraud? A lawyer said: “The person has concealed the truth and fabricated facts, but did not use it to defraud public or private property. It does not constitute a crime of fraud, but this kind of lying and deceiving people should be condemned. “(Cover News)

Shigatse, Tibet will resume business and markets in stages, batches and regions from 0:00 on September 25 Hong Kong: From September 26, the airport entry quarantine will be changed to “0+3”, and there is no need to obtain a negative nucleic acid test certificate before boarding

Several Hong Kong media reported that on the afternoon of September 23, the Chief Executive of the Hong Kong Special Administrative Region, Li Jiachao, announced at a press conference four new arrangements for entry quarantine, which will take effect on September 26: 1. The entry quarantine security at the airport will be changed from “3+4” to “0+3” (that is, no hotel isolation is required after entry, and only 3 days of home quarantine is required); 2. A negative nucleic acid test certificate must be obtained before boarding the plane, and a quick test will be used instead; 3. The boarding of uninjected people is canceled Restrictions; 4. There is no limit for Easy Entry/Return to Hong Kong, which is applicable to the Mainland. (Interface News)

From October 1st to 7th, traffic management measures are adopted on these roads in Beijing

1. Tiananmen Square area: From 0:00 on October 1st to 24:00 on October 7th, the east side road of Tiananmen Square and the west side road of Tiananmen Square are prohibited from passing vehicles (except motor vehicles with special activity passes), passing vehicles (including Public electricity, cars) can bypass Zhengyi Road and the West Road of the Great Hall of the People. 2. Xiangshan area: From October 1st to October 7th, from 7:00 to 19:00 every day, Nanxin Village Street (Hongfeng Road to Xiangshan South Section) is prohibited from driving from east to west. (Beijing Public Security Bureau Public Security Traffic Administration)

A teacher in Jianhu County, Jiangsu Province mistakenly sent the gift record to the parent group, the official: the party has been suspended

On the evening of September 22, it was reported on the Internet that a teacher at Xiangyang Road Primary School in Jianhu County was suspected of accepting a screenshot of the list of money and goods from parents of students. Jianhu County Education Bureau immediately set up a special investigation team stationed in the school. After preliminary verification, the pictures posted on the Internet are true, and the parties have been suspended and under investigation. According to the investigation situation, the parties and relevant responsible persons will be dealt with seriously. (Jianhu e-education WeChat public account)

The bus driver played with the mobile phone on the highway. The student: played for 2 hours on a 3-hour journey, and almost rear-ended

On September 21, in Foshan, Guangdong, a bus driver used his mobile phone while driving at high speed, causing students to panic. The video photographer Tan introduced that the school chartered a car for three hours on the road. The driver has been playing with his mobile phone, busy with various business, calling and checking his mobile phone. He almost rear-ended several times and changed lanes at any time. Classmate Tan said that the car was full of students. “Everyone was a little panicked, and they didn’t know how to remind them. They reported it to their company afterwards.”

Net red said that 18 million packs went down to Gaoyou Lake to pump water to catch fish, the official response

Recently, the Internet celebrity “Ni Haishan” with more than 7.8 million followers released a video saying that he spent 18 million bags to go to Gaoyou Lake, and plans to use 45 days to drain the lake water for fishing. The incident quickly aroused heated discussions among netizens. In this regard, the local fishery management committee said that Gaoyou Lake could not be contracted, and the staff guessed that the “Ni Haishan” package should be a fish pond, and they have already checked and verified. (@Qilu Evening News)

The person in charge of the relevant departments of the China Banking and Insurance Regulatory Commission said on September 23 that the momentum of the real estate financialization bubble has been substantially reversed. The China Banking and Insurance Regulatory Commission adheres to the positioning of “housing, not speculating”, and continues to improve the long-term mechanism for real estate financial management around the goal of “stabilizing land prices, housing prices, and expectations”. Reasonably meet the financing needs of the real estate market, and prudently handle the risks of some leading real estate enterprises such as Evergrande. (Shanghai Securities News WeChat Official Account)

The police issued a risk alert saying, beware of scams and traps in the name of games. According to the police, the popularity of this small game has allowed some criminals to see the opportunity to “make money”, such as selling plug-in services to assist customs clearance, pretending to be a “sheep and sheep” customer service staff, selling game props, increasing the number of resurrections, etc. means of defrauding. The police reminded gamers not to easily click on QR code links, etc., let alone transfer money to unfamiliar accounts, to prevent personal information from being leaked. (@CCTV Finance)

Dismantling part of the iPhone 14 production line? Foxconn insiders: It will not have much impact on production and switch to high-end models 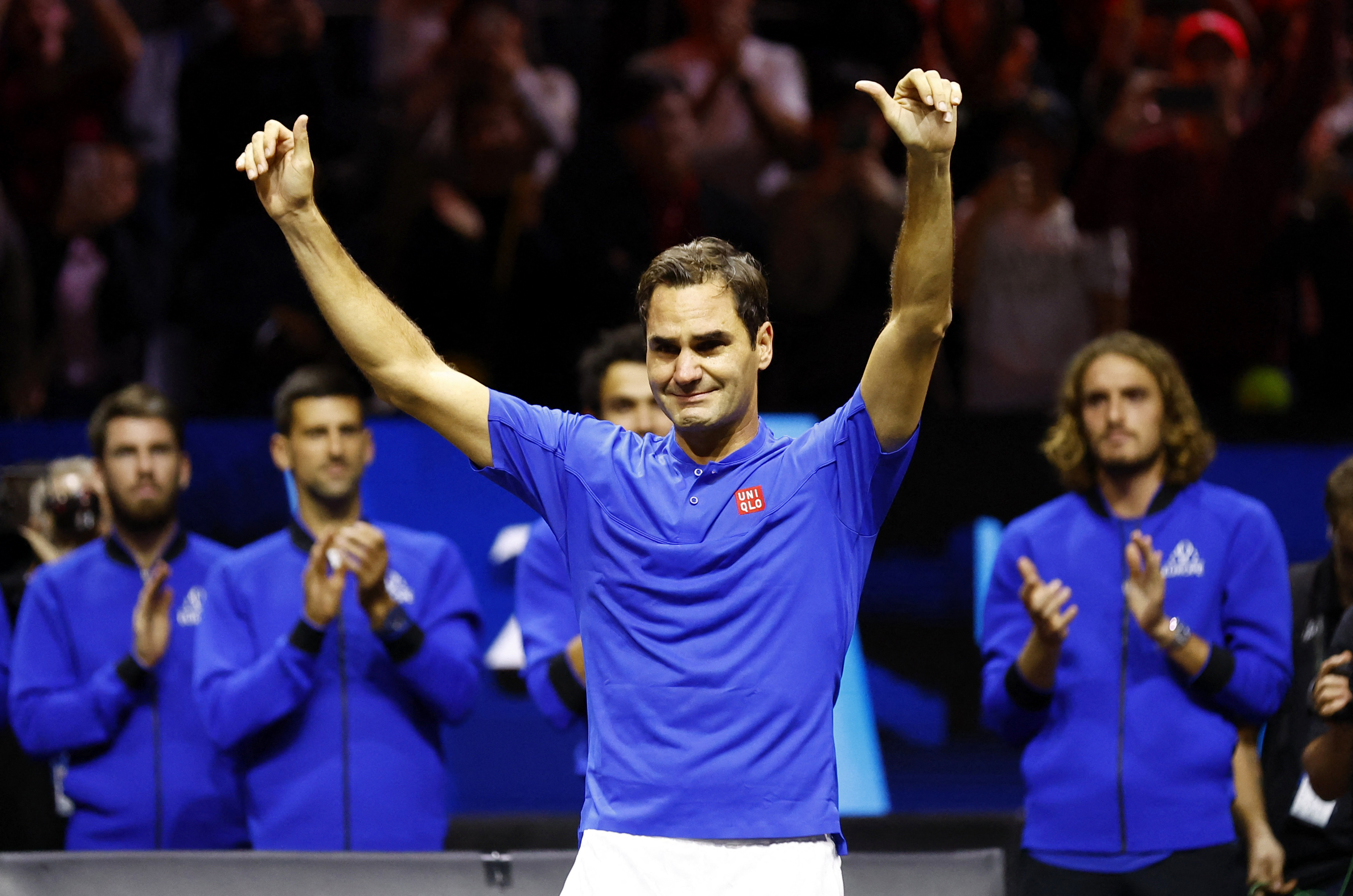 On the evening of September 23, local time, at the Laver Cup tennis match held at the North Greenwich Stadium in London, tennis player Federer completed the last match of his career. In this doubles match, the European team of Federer and Nadal will face the world team of Sock and Thiafoe. After two and a half hours of play, the final score was 1:2. Federer did not bid farewell to his career as a professional tennis player with a victory. (CCTV News)

China beat Bosnia and Herzegovina with 47 points in the Women’s Basketball World Cup, Li Meng said there was no pressure to play against the US team 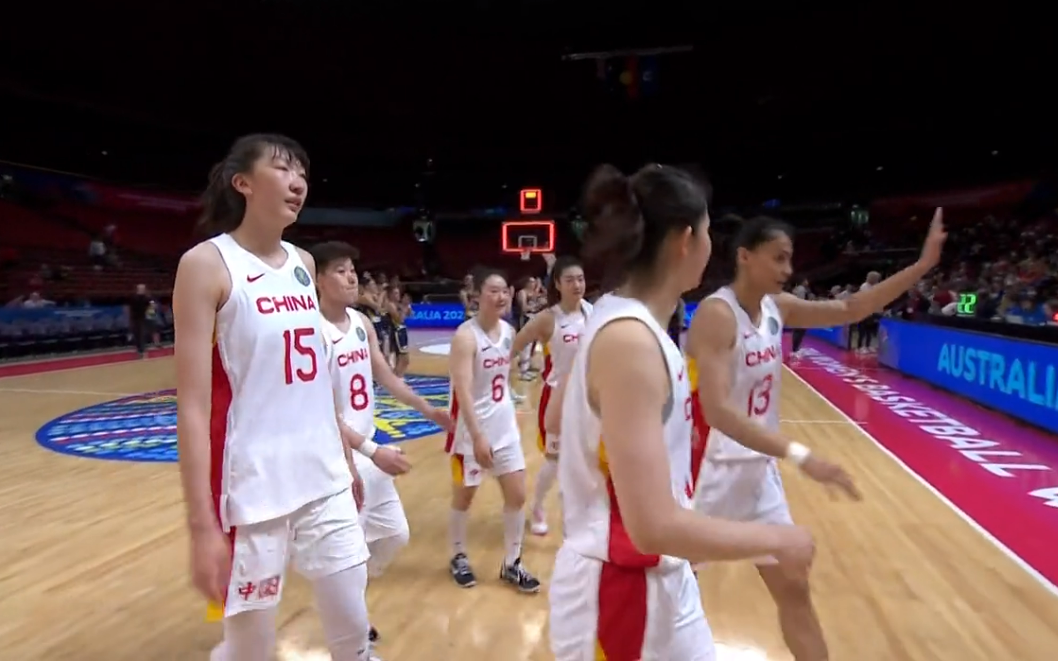 On September 23, in the group stage of the Women’s Basketball World Cup, the Chinese team defeated Bosnia and Herzegovina 98-51, ushering in a two-game winning streak. When it comes to the next match against the US team, the strongest opponent in the group stage, there is no pressure at all from Li Meng’s statement, “I hope to enjoy the game with the US team, whether it is an individual or the entire team, strive to put the usual training. The level has been brought into full play.” At present, the Chinese team and the US team have both won two games. (Beijing News)

How does Stanley deal with “just press and fight”? Guoan and Dalian people have something to watch

At 19:30 on September 24, the 17th round of the Chinese Super League supplementary match between Beijing Guoan and Dalian people will start at Dalian Puwan Stadium. Guoan coach Stanley said that after this period of adjustment, it is necessary to use the game to test the training effect. The showdown between Guoan and the Dalian natives is quite interesting. The Dalian natives led by Xie Hui have become the focus of the Chinese Super League this season with “pressing and playing”, and the tactical concept brought by Stanley is also high-level pressure. The two coaches with similar concepts met on the field , is likely to bring a spark of the game. (Beijing News)

Belgium to shut down nuclear reactors for the first time

A few days ago, South Korea’s Jeju Island tested a manned aircraft for the first time. It runs on electricity, can travel up to 80 kilometers per hour, can transport up to 100 kilograms of cargo, and can currently only accommodate one adult. Jeju Island plans to commercialize “air taxis” in 2025 to promote the development of tourism. (@CCTV Finance)

Affected by this year’s No. 15 typhoon “Taras”, heavy rain occurred in many places in Shizuoka Prefecture, Japan on the 23rd. The Japan Meteorological Agency reminded the public to be alert to risks such as river flooding and landslides. According to the observations of the Japan Meteorological Agency, at 0:00 local time on the 24th, “Talas” moved northeast at a speed of 20 kilometers per hour in the sea area 180 kilometers south-southwest of Hamamatsu City, Shizuoka Prefecture. The central pressure of the typhoon is 1002 hPa, and the maximum wind speed in the center is 18 meters per second. (Xinhua News Agency)

London launches a shock tax cut for households and businesses. And the pound collapses

Appeal to Iran, let’s save Fahimeh: from Abbado...