Overseas Network, November 19. Japanese TV station reported on the 19th that when Japanese Prime Minister Fumio Kishida gave a street speech for the House of Representatives election in October, some of the participants were actually hired at a daily fee of 5,000 yen (approximately RMB 279). Coming. This action is suspected of violating the public election law and has been reported by a civic organization. 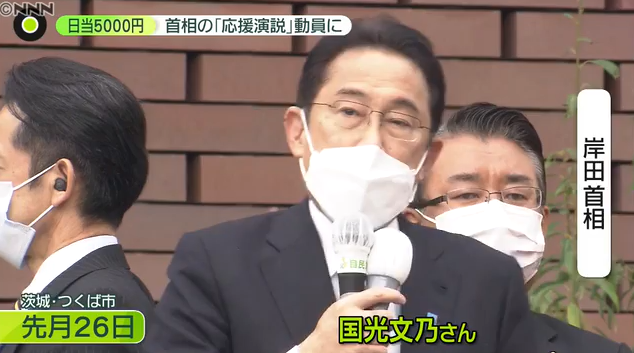 On October 26, in support of the Liberal Democratic Party candidate Kunimitsu Fumino, Kishida rushed to Tsukuba City, Ibaraki Prefecture, Japan, stood on the street to give a speech and vigorously canvassed votes for him. Many people gathered to watch. However, the Japanese media revealed that some of the crowd gathered that day were hired as spectators. A copy of the document showed that the Ibaraki Prefecture Transportation Policy Research Association “paid participants 5,000 yen a day” to mobilize people to participate in the event. 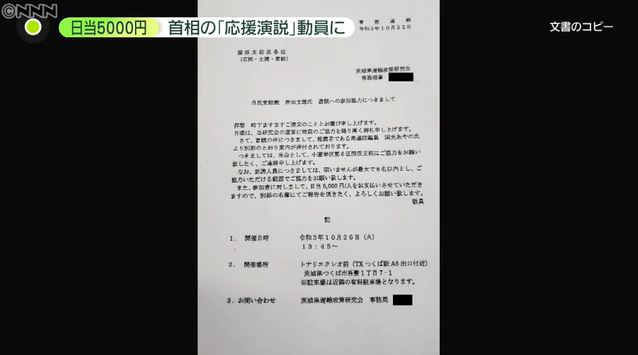 On November 18, a civic organization claimed that Kuomi Kwangfumi was suspected of violating the public election law and reported the matter to the Special Search Department of the Tokyo Metropolitan Procuratorate. “We think this is a kind of bribery.” After the defendant was reported, the Guoguang office denied the matter, saying: “We don’t know about daily wages, we have not paid wages, and we haven’t discussed it (with the audience).”

However, the Ibaraki Prefecture Transportation Policy Research Association has admitted that Kishida hired 21 people on the day of Kunomitsu’s canvassing speech and paid 5,000 yen to each. The organization claimed that “we don’t think this is illegal.”

Original title: Japanese Prime Minister was exposed to hire audiences to watch his speech more than 200 yuan per person or violated the public election law

The Pope in Cyprus and Lesbos, the ancient...

The Pope in Cyprus: “Walls of fear and...