According to data released by the US Centers for Disease Control and Prevention on August 1, local time, in the seven days ending July 30, the United States had an average daily increase of 72,493 confirmed cases of new crowns.

In contrast, the seven-day average daily increase in confirmed cases as of June 30 was 13,424, and this number has been on the rise since mid-June.

The updated data from the US Centers for Disease Control and Prevention shows that on July 30, the United States reported 101,171 new confirmed cases, the highest in a single day since February 7. There were 451 new deaths in the United States that day, and an average daily increase of 308 deaths in seven days. The two figures were respectively new highs since early and mid-June.

Among them, on July 30, Florida added 21,683 confirmed cases, the highest since the outbreak, the previous record was 19,334 in early January. Health officials announced that the number of new coronavirus cases in Florida has increased by 50% in the past week, and the number of hospitalizations in the state is close to the 2020 peak.

In addition, on August 1, 2021, New York Governor Cuomo’s office stated in a statement that about 3,050 people tested positive for the new crown virus, which is the highest total number of new additions in a single day since May 7. This is the first time since the beginning of May that there have been more than 3,000 cases, and more than half of the cases are in New York City. 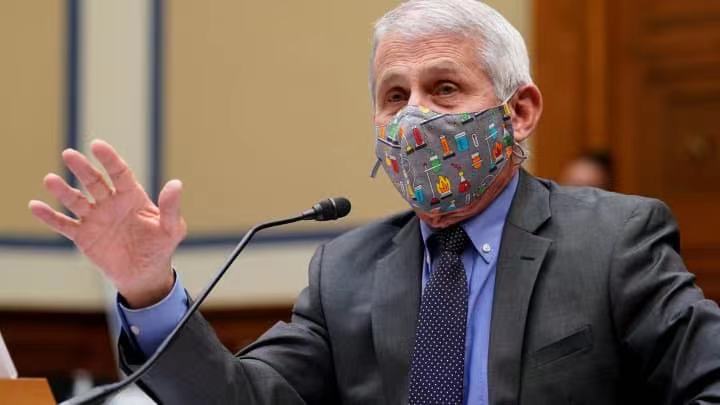 Fauci: The epidemic will get very bad

But will not return to blockade

On the 1st local time, US Chief Infectious Disease Expert Fauci warned that “the epidemic will get worse” and that as more infectious delta variants lead to a surge in new crown cases, the United States may see more “pain” And suffering”.

In the interview, Fauci was asked whether the United States will return to the lockdown in 2020, or this surge is just a “temporary setback”?

He replied: “I don’t think we will see a lockdown. I think we already have a large enough proportion of the population (vaccinated), although it is not enough to contain the epidemic, but I think it is enough to prevent us from falling into the kind of 2020. The situation faced in winter.”

However, Fauci lamented the speed of the increase in the 7-day average of new cases and pointed out that about 100 million people in the United States are eligible for the vaccine but have not yet been vaccinated.

See also  The results of the world's first human trial of active infection with the new coronavirus announced – IT and Health – cnBeta.COM

“We have seen an outbreak in unvaccinated people,” he said. Although breakthrough cases have been seen in vaccinated individuals, this is to be expected because no vaccine is 100% effective.

Fauci once again emphasized, “So I don’t think we seem to be locked down, but we expect to encounter some pain and suffering in the future because we see an increase in cases. This is what we have to say over and over again: the solution to this problem The way is to get vaccinated.”

On the other hand, as federal health officials continue to issue warnings, the rate of vaccination in the United States has accelerated.

Shapar, the White House’s new crown data director, said that on July 30 alone, the United States recorded more than 570,000 doses of vaccine injections, which is the highest level since July 1.

White House Chief of Staff Klein stated that the United States received more than 700,000 doses of vaccines for four consecutive days this week. In the past 7 days, about 3 million people received the first dose of the new crown vaccine. More adults received the first dose of the vaccine than “at any time in the past 8 to 10 weeks”, and this growth is “especially strong” in areas that have been hit hard by the epidemic.

cnBetaThe situation in the United States is getting worse and worse. Why does Fauci say that it will not re-block?the United States
0 comment 0 FacebookTwitterEmail
previous post

Can the sodium-ion battery on the tuyere recreate the Ningde era? -Sina Motors

Yin Li: Carry forward the great party-building spirit and resolutely respond to the great call to deepen the study and implementation of the spirit of General Secretary Xi Jinping’s important speech on July 1st