Home World The two parties in the United States are deadlocked over the debt ceiling. Biden calls on the Republicans not to be “irresponsible”
World

The two parties in the United States are deadlocked over the debt ceiling. Biden calls on the Republicans not to be “irresponsible”

Original title: The two parties in the United States are deadlocked over the debt ceiling. Biden calls on the Republicans not to be “irresponsible” Source: CCTV News Client

Since September this year, U.S. Treasury Secretary Yellen has repeatedly warned congressmen from both parties that the United States is about to have its first debt default crisis, and prompt action is needed to raise the debt ceiling or temporarily abolish the debt ceiling. However, as of now, the two parties in the U.S. Congress are still at a deadlock on this issue, and only half a month is left before the October 18 deadline that Yellen warned about. On October 2, US President Biden expressed the hope that Republicans in Congress will take responsibility and agree to raise the debt ceiling.

Biden calls on the Republicans not to be “irresponsible”

US President Biden expressed on the 2nd that he hopes that Republicans in Congress will not be irresponsible. It is unreasonable to obstruct the increase in the debt ceiling.

The U.S. federal government may face the first debt default in history

The U.S. Treasury Secretary Yellen has repeatedly warned that if the U.S. Congress does not resolve the debt ceiling issue in time, the U.S. Treasury Department will run out of debt space on October 18, and the U.S. federal government will face its first debt default in history, which may trigger financial Crisis and economic recession.

See also  Leaders of the US, Australia, Japan and India meet in Washington on Friday-VOA Mandarin

The debt ceiling is the maximum amount of debt set by the US Congress for the federal government to meet the payment obligations that have been incurred. Reaching this “red line” means that the US Treasury Department has exhausted its borrowing authorization. 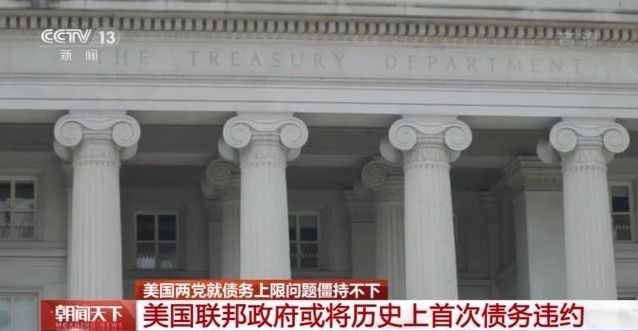 In recent years, the issue of the debt ceiling has increasingly become an important bargaining chip in the game between the two parties in the United States. During the Trump administration, the Republican Party pushed hard to raise the debt ceiling or suspend its effectiveness, and encountered resistance from the Democratic Party; after Biden took office, the Democratic Party repeatedly proposed a debt ceiling solution, but the Republican Party refused to support it. Some political analysts believe that under the current US political system, the debt ceiling has been reduced from an economic issue to a political tool for the struggle between the two parties. This is the reason why the debt problem has repeatedly developed into a crisis.

The international credit rating agency Fitch issued a statement on October 1 stating that if the United States remains deadlocked over raising the federal government’s debt ceiling or suspending the debt ceiling, the US sovereign credit rating will be under pressure.

Fitch stated that the US stalemate on the debt ceiling reflects the lack of political consensus, which has hampered the US’s ability to respond to fiscal challenges for some time. Once the United States fails to repay its debts in time, Fitch will downgrade the US foreign currency issuer’s default rating to “limited default” until it is determined that the default is resolved.

At the end of July last year, considering that the US government was unable to effectively adjust its fiscal policy to stabilize the debt level, Fitch announced that it would lower the outlook for the US sovereign credit rating from “stable” to “negative”.