The U.S. meets another grim milestone

The United States meets another severe milestone this year, the number of deaths from the new crown has exceeded 2020Fly into the homes of ordinary people

On September 15, 2021, local time, in Washington DC, USA, small white flags are being erected on the Washington National Mall. Each flag represents a person who died unfortunately due to the new crown epidemic.

According to data from Johns Hopkins University, during the entire process of the new crown pandemic, at least 7,0691 people in the United States have died from the new crown virus.

According to data from the US Centers for Disease Control and Prevention (CDC), the total number of deaths due to the new crown in 2020 is 385,343. 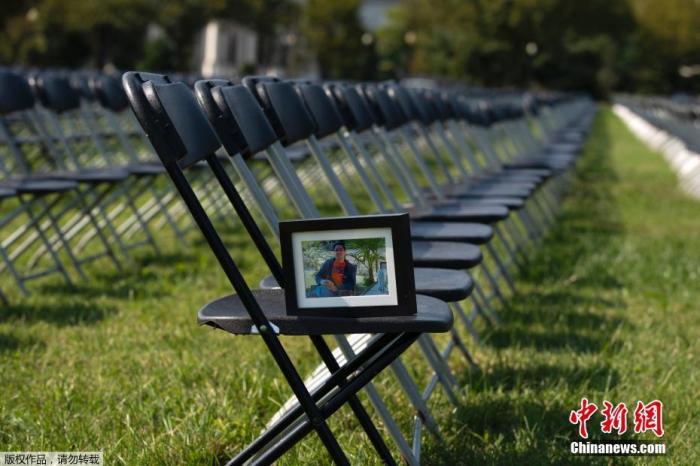 On October 4, 2020, local time, in Washington, the capital of the United States, 20,000 chairs were placed on the lawn on the south side of the White House to mourn the death of more than 200,000 new crowns in the United States.

This means that so far, at least 385,348 people have died from the new crown in 2021, which has exceeded the total number of deaths in 2020, and this number will only continue to rise in the next few days or weeks.

Although the United States has approved three vaccines and started to vaccinate children, this serious milestone has arrived.

According to CDC data, approximately 69% of Americans are vaccinated at least partially, while 59% are fully vaccinated.

In this group, people 65 years and older have the highest vaccination rates. At this age, almost 100% of people are at least partially vaccinated, while 86% are fully vaccinated.

Although the United States began to see a decline in new cases in September, these numbers have since risen steadily. Last week, the number of new cases in 29 states was higher than the previous week.

The Japanese Minister of Defense asked the US...

Coffee shop in Berlin: So Germany is betting...

New York, the attacker of the two Italians...

“Let’s take back France”: Zemmour, at the first...

Brussels, 8 thousand on the street against anti-Covid...

120 seconds to watch the only total solar...