Home World The United States is increasing the number of confirmed cases of new crowns over 130,000, WHO says the number of deaths from new crowns in Europe may exceed 2 million next year_news_china it news
World

The United States is increasing the number of confirmed cases of new crowns over 130,000, WHO says the number of deaths from new crowns in Europe may exceed 2 million next year_news_china it news

On November 8, local time, passengers arrived at the international flight arrival area at San Francisco International Airport in California, USA. The United States has relaxed entry restrictions on the 8th, allowing foreign passengers who have completed the entire course of the new crown vaccine to take international flights or enter through land and water ports.Photo by China News Agency reporter Liu Guanguan

The new crown pneumonia epidemic in the United States is showing a deteriorating trend. American infectious disease prevention and control expert Fauci recently stated that unvaccinated people are the main source of infection in American communities. Among Americans currently eligible for vaccination, more than one-third of them have not yet been vaccinated. 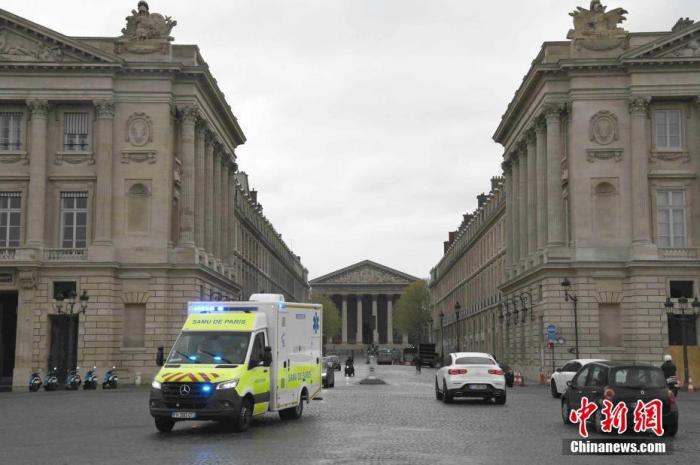 Europe: 700,000 people in Europe may die from new coronary pneumonia

On November 23, local time, the World Health Organization expressed concern about the situation of the new crown epidemic in Europe, saying that it may also cause 700,000 deaths on the European continent. The European Regional Office of the World Health Organization issued a statement on the 23rd, stating that according to model deduction, the cumulative number of deaths from new crowns in the European region in March 2022 may exceed 2.2 million. The statement said that as of now, the cumulative number of deaths from the new crown in 53 countries in the region has exceeded 1.5 million. The new crown virus has become the “leading cause of death” in the European region. To this end, governments and people of all countries should take responsibility, increase the intensity of new crown vaccination, and continue to adopt anti-epidemic measures such as wearing masks.

On November 23, local time, according to data published on the British government website, in the past 24 hours, there were 42484 new confirmed cases of new coronary pneumonia in the UK; 165 new related deaths. The latest data shows that the number of cases in the UK last week increased by 9.4% compared with the previous week, but the number of deaths fell by 5.9%.

On the 23rd local time, more than 30,000 new confirmed cases of the French new crown in a single day. French Prime Minister Castel, who was diagnosed with the new crown virus, said that his symptoms were mild that day and he continued to perform his duties. According to the French Ministry of Health, the number of newly confirmed cases in France reached 30,454 in a single day on the 23rd, the highest since August 11; the cumulative number of confirmed cases exceeded 7.45 million. The cumulative number of deaths in France is now 118,639, with 84 new deaths.

Asia: Israel begins to vaccinate children aged 5 to 11 against the new crown

On the evening of November 23, local time, Israel’s new crown vaccine campaign against children aged 5 to 11 officially began. About 600 children had received the first dose of Pfizer vaccine that night. Since then, Israel has become one of the first countries after the United States to lower the vaccination age to curb the new crown pandemic. It is understood that Israeli children between the ages of 5 and 11 will receive two doses of the new crown vaccine with an interval of 21 days. The dose of the vaccine is one-third of the applicable dose for people aged 12 and over.

See also  Coronavirus, WHO asks China for a new investigation into the origin of the virus

According to the latest statistics from the African Centers for Disease Control and Prevention, as of the 22nd local time, a total of 8,582,983 cases of new coronary pneumonia have been diagnosed in the region, a total of 22,721 deaths, and a total of 8,290,055 cases have been cured.

After the rectification and reform, Huabei will also initiate brand isolation and report the credit limit to 1,000 netizens

Ministry of Foreign Affairs: China is willing to communicate and cooperate with all parties to maintain the stability of the international oil market_Reserve

Japan closes the border Kishida: All foreigners are...

WHO: Fully vaccinated people will also get Omicron...

Usa: Phil Saviano is dead, he was the...