Original title: Turkey will replace the United States to take over the defense of Kabul Airport

[文/观察者网 王世纯]According to a report by the Turkish Anadolu News Agency on July 10, Turkish President Erdogan confirmed to the outside world on July 9 that Turkey and the United States have reached an agreement that Turkey will take over and station at the airport in the Afghan capital Kabul after the U.S. forces withdraw. This statement caused controversy in Turkey.

Regarding Turkey’s position, the Taliban also stated that if Turkey fails to withdraw its troops on time, it will regard Turkey as an “occupier”.

Erdogan said on July 9: “In negotiations with the United States and NATO, we will decide to take part of the responsibility, and we will take this step in the most appropriate way.” 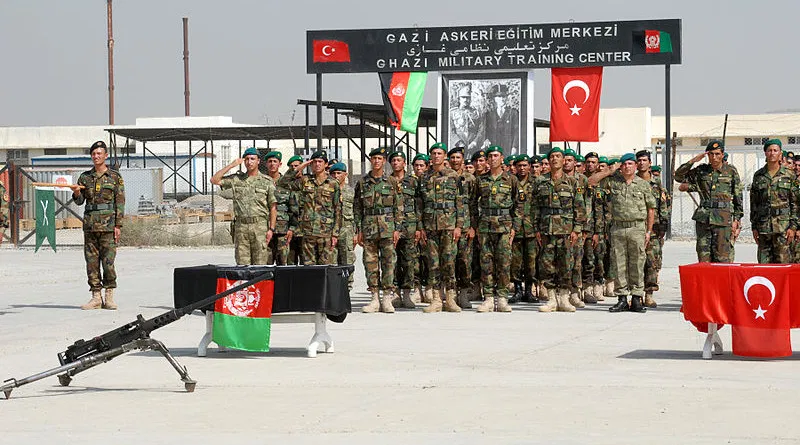 Regarding Turkey’s statement, Radio France Internationale commented in the report that Erdogan wanted to “show good” to US President Biden when the relationship between Turkey and NATO was tense, showing that Turkey is a member of NATO (NATO). A reliable and voluntary ally, and ease the tension between Turkey and the United States.

The spokesperson of the Afghan Taliban’s political office in Doha, Mohamed Naim, told the Satellite News Agency that Afghanistan’s neighboring countries do not need to worry about border security, Afghanistan’s ports will operate normally, and foreign diplomatic agencies and charitable organizations in Afghanistan will not encounter trouble. Iran’s official news agency also confirmed on the 11th that the Taliban had resumed border trade after seizing the port of IslamQala, an important port in Iran and Afghanistan.

The Taliban announced on July 10 that they have controlled 85% of Afghanistan’s territory. In response, Afghan government officials said that the Taliban’s statement was part of the propaganda campaign.

At present, due to the deterioration of the situation in Afghanistan, many governments have evacuated their own diplomatic personnel. The Indian Ministry of Foreign Affairs stated on July 11 that the staff of the country’s consulate in Kandahar had been evacuated. A security source added that about 50 Indian personnel were evacuated, including 6 diplomats.

See also  Elections in Germany, Scholz and Laschet on the wire: for Europe there is the risk of a return to austerity

The sequel is here! “Dusk Diver 2 Kunlun Smart” will be released this winter

Vetrerie Gathered in China in the production of portholes

Abu Akleh: the bullet that killed the journalist...

Kaliningrad, in Sovetsk a “Z” against Europe: that...

Libya, riots of the yellow vests on energy....

So Paris denied the extradition of Italian terrorists:...

Development of the situation in Russia and Ukraine:...