Home World US stocks pre-market: The House of Representatives voted on Biden’s $2 trillion bill, and oil prices have returned to a higher point-Wall Street Insights
World

US stocks pre-market: The House of Representatives voted on Biden’s $2 trillion bill, and oil prices have returned to a higher point-Wall Street Insights

GM and Ford have begun making their own chips; the U.S. FDA plans to completely release the new crown vaccine data in 2076…

2. The U.S. House of Representatives is about to vote on Biden’s $2 trillion economic plan

On Thursday, November 18th, Eastern Time (Friday, Beijing time), Democrats in the US House of Representatives are preparing to vote on President Biden’s iconic tax and social expenditure bill. A final estimate will be released on the issue of how much budget deficit will increase in the United States during the year.

The main content of the bill includes two years of free preschool education for children aged 3 and 4 in the United States, subsidies for childcare services, lower Medicare drug prices, and expansion of tax credits on climate to reduce carbon emissions. In addition, it also includes raising the minimum tax rate for U.S. companies and increasing taxes on the wealthy with annual income of more than 10 million U.S. dollars.

The CBO’s estimation of the income and expenditures of the provisions of this bill is the key to this vote and an important basis for the moderate Democrats to decide whether to vote.

The Rules Committee meeting showed that Speaker Pelosi believes that there are enough Democrats to support this approximately $2 trillion plan. To be passed, she can only lose up to 3 Democrats’ votes.

This is historical and transformative.

Biden spent a whole month trying to keep down the price of oil through constant vocalizations, and now it has begun to show results.

Wall Street reports previously mentioned that US President Biden was dissatisfied with the high gasoline prices in the United States and sent a letter to the Federal Trade Commission (FTC) on November 17, urging the agency to “use all tools immediately” to suspect oil companies of raising gasoline prices. Investigate the “potential illegal behavior” of the price.

Since October 26, U.S. crude oil futures prices have fallen by about 7% and fell below $80 per barrel on Thursday. Gasoline prices are still close to their highest level in seven years, but they have stabilized.

Since the price of crude oil exceeded US$85 per barrel in late October, Biden has appealed to OPEC+ to increase production, but was rejected.

Since then, Biden began to talk, including not limited to the emergency release of oil reserves from the United States, requesting officials to investigate the US oil industry to drive up prices and intensify mining, and even explore options for export control.

See also  After the US CDC updates its guidelines, retailers plan to restore the requirements for wearing masks | CCP virus | Delta | Virus variants

It is worth noting that so far, there has not been any action that directly affects the supply of crude oil, but it is expected to be enough to move the market.

Today, WTI crude oil fell below US$76/barrel, with a daily drop of 3%, the first time this month. 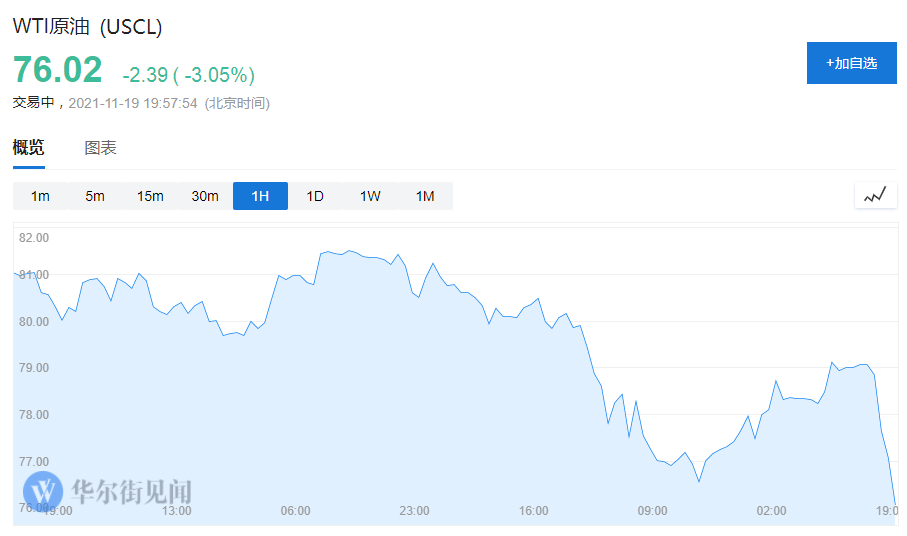 Fourth, GM and Ford have begun to make their own chips

On November 18th, General Motors President Mark Royce said that it will cooperate with chip manufacturers such as Qualcomm, TSMC, Renesas Electronics, STMicroelectronics, ON Semiconductor, NXP Semiconductors and Infineon Technologies to develop chips.

GM’s goal is to make more electronically functional chips to reduce the types of chips currently in use, which means that the demand for certain types of chips will increase significantly.

Royce said at the Barclays Auto Conference that General Motors needs to reduce the complexity of its chips and expects to reduce the types of chips it uses to only three series in the next few years.

The types of chips we order will be reduced by 95%, making it easier for chip manufacturers to meet our needs and increasing profit margins.

At the same time, Ford Motor is also “not to be outdone” is exploring chip research and development.

Before the opening of US stocks, Ford and GM’s share prices fell slightly. 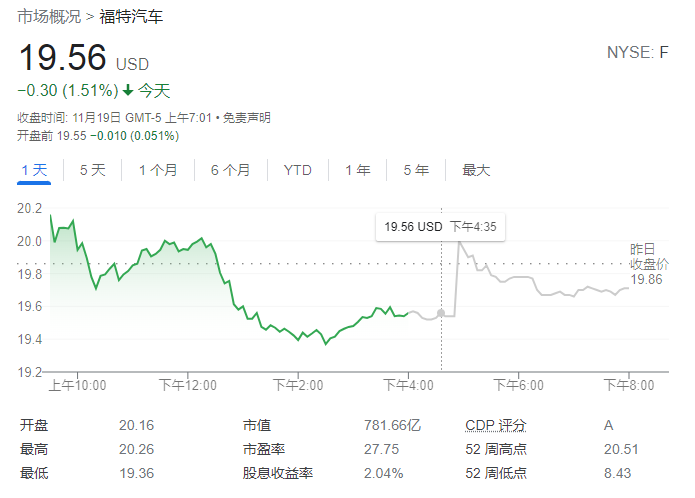 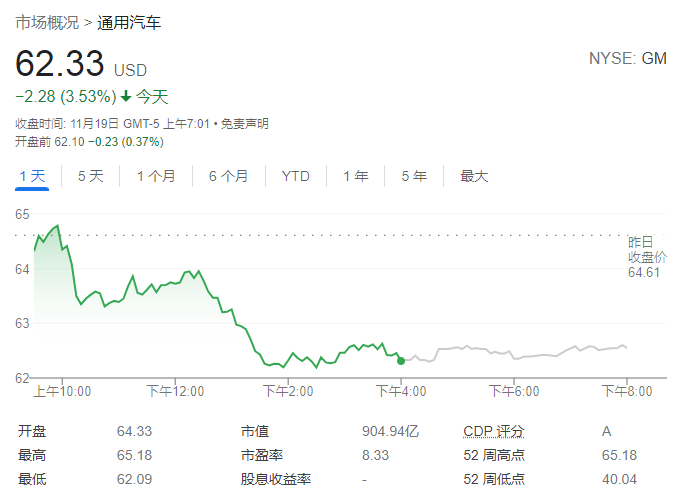 5. The U.S. FDA plans to release the new crown vaccine data until 2076

According to a court document issued on November 15th, the U.S. Food and Drug Administration (FDA) intends to fully release all Pfizer submitted to the government agency for approval of the new crown vaccine 55 years later, that is, by 2076. data.

See also  “Egypt responsible for Regeni's death. He must be tried in The Hague "

The plaintiff in this scientific group sued the FDA case is composed of dozens of scholars, professors and public health professionals from well-known American universities, claiming that until Pfizer submits to the FDA all the documents used to apply for the approval of the new crown vaccine, independent scientists cannot Proper analysis cannot ensure that critical vaccines that millions of Americans or voluntarily or employers require will be safe and effective.

The plaintiff believes that the FDA violated the US federal law, that is, “Once the license is obtained, the data and information of the biological product in the licensing approval process can be immediately publicly disclosed.” This is in line with the FDA’s commitment to “complete transparency” before and after the new crown vaccine approval. Go in the opposite direction.

The FDA requested a federal judge in Texas this week to allow the agency to disclose 500 pages of information each month, and Pfizer provided up to 329,000 pages of vaccine approval documents to the FDA. This also means that all data will not be “decrypted” until 2076.

Market risk, the investment need to be cautious. This article does not constitute personal investment advice, nor does it take into account the specific investment objectives, financial situation or needs of individual users. Users should consider whether any opinions, opinions, or conclusions in this article are consistent with their specific conditions. Invest accordingly at your own risk.

Xu Jiayin succeeded in self-rescue? Evergrande announced the resumption of production and work: to ensure quality and quantity delivery-News-cnBeta.COM