Home Business Fs, the call for tenders for the new Firenze Belfiore station is ready
Business

Fs, the call for tenders for the new Firenze Belfiore station is ready

The FS Group (Italian Railways), through its subsidiaries Anas and Rfi (Italian Railway Network), is launching tenders for an amount exceeding 3 billion for roads, motorways and high-speed railways. Let’s start right from the Tav.

RFI has published in the Official Journal of the European Union the call for tenders, for a total amount of over 1.1 billion euros, for the construction of the bypass and the high-speed station of the Florence node. A work considered strategic for the FS Group, which will allow a new configuration of the Florentine railway network, ensuring that the high-speed trains no longer interfere with the regional ones, with positive effects both on the regularity of the service and on its possible strengthening, in terms of frequency and number of trips.

The loop of the new high-speed line extends for about 7 kilometers underground with two parallel tunnels on average at a depth of about 20 meters, completed with two terminal sections on the surface: to the north between the stations of Firenze Castello and Firenze Rifredi, and to the south near of the Florence Campo di Marte station. The excavation of the tunnels will take place with mechanized techniques through the use of a cutter tunnel boring machine. The new Firenze Belfiore station, designed by the Foster architecture studio, will be built along the underground route. The station, served by high-speed trains, will be interconnected with the Santa Maria Novella station and with the entire surrounding urban area thanks to different modes of transport: the new people-mover that will operate between the new station and Santa Maria Novella, line 2 of the city tram system already in operation, the new surface railway stop called Circondaria and the connections, appropriately strengthened, with urban buses.

Meanwhile, the preparatory activities for the opening of the maxi construction site are continuing on site. According to RFI’s plans, the turning on of the cutter, which will officially start the excavation work, should take place by 30 March 2023. If the times are confirmed, the first train will be able to stop at the Foster station in Florence in the first half of 2028. . 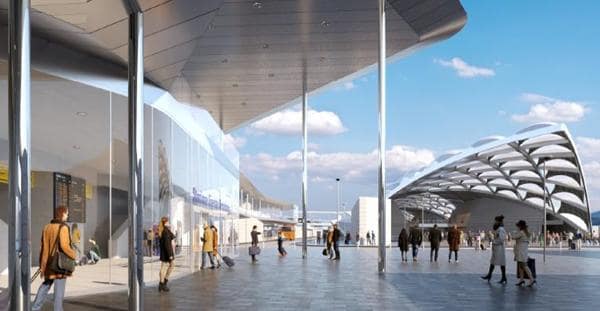 Anas has published ten calls for tenders in the Official Journal, nine of which are intended for new works for a total investment of over 2 billion euros. The tenth call for tenders, worth a total of 160 million euros, concerns the execution of scheduled maintenance works on the paving of the road and motorway network under management. All the economic frameworks of the new works in competition have been updated with the new Anas price list launched in June. The interventions concern six regions: Valle D’Aosta, Lombardy, Liguria, Emilia Romagna, Calabria and Sicily.

Williams announces “I dedicate myself to family” retreat