Renco goes to Armenia with a gas plant

The 254 MW power plant developed and built in Yerevan da Renco, EPC contractor (engineering, procurement, construction) in the gas and power generation sector for over 40 years, will produce about 20% of Armenia’s electricity needs. with headquarters in Pesaro and 40 companies in 20 countries around the world. An international project financing with a duration of 25 years for a total investment of 258.5 million dollars and financed for almost 164 million dollars (141 million euros) by a pool of international financial institutions, coordinated by IFC, a company of the World Bank Group , by Renco itself and by Simest, for a total contribution of 56.9 million and by Siemens (37.9 million). Complete control of the plant, inaugurated on November 29, will be held for the next 25 years by 60% of the two Italian partners and for the remainder to the German multinational, which also supplied the turbines.

The gas necessary for the operation of the plant will be supplied by Gazprom Armenia and all the electricity produced will be purchased by the state. “It is an operation to which we have been working for 6 years – explains Giovanni Gasparini, president of Renco – and of which we have followed all the steps: from the development of the project to the identification of technological and financial partners, up to the agreements with the Armenian government. and the construction of the plant “.

Despite the Velvet Revolution of 2018, the 40-day war with Azerbaijan in 2020 and the harshness of the covid pandemic, the project went ahead quickly and also marks a sea change in the strategy of the group, which has so far been a global player for construction. of plants (in Brindisi he built the TAP reception terminal, ed.). “The future of the EPC contractor market will be poorer, more competitive and more risky – is Gasparini’s vision – and we have reached the size and financial strength that allow us to invest in these projects: there is a new and broad market in to enter as developers and producers of energy ». 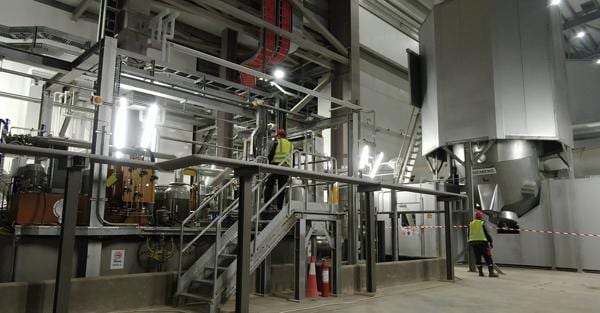 See also  The inside story of Apple’s failure to acquire Tesla was revealed. Musk opened the conditions: I want to be CEO-Apple, Tesla, CEO, Musk—Quick Technology (Media of Drivehome)—Technology changes the future

After Armenia, in Renco they look to Mozambique (despite the double jihadist attack in March and April of this year), Arabia and Kazakhstan, where the Pesaro-based group has solid institutional relations, to developing countries, “because there are various opportunities “, and also to Italy, where it is participating in a tender for the conversion of some Enel coal plants to gas. With the necessary gradualness, in the next few years Renco will try to move from EPC contractor to developer of projects in particular on the subject of energy. The experience gained with the Armenia project will be the basis from which to start for other projects with the aim of entering a more complex but certainly more profitable market. The energy transition is pushing the numbers of the group, which will close this year with a turnover of around 300 million euros, with constant levels of margins. There will be no Stock Exchange in the near future, but rather “other tools functional to growth, again through project finance in Italy and on international scenarios”.

Black Friday: not all offers. How not to take the bait

Germany, agreement made for the “traffic light” coalition between the SPD, the Greens and the Liberals

Guotai Junan: In the fourth quarter, the allocation...

The second instance of the divorce case of...

South Korea has no choice between the Chinese...