Home Business Vintage Cars and Motorcycles 2021, instructions for use for the Padua show
Business

Vintage Cars and Motorcycles 2021, instructions for use for the Padua show

Auto e Moto d’Epoca is the largest market in Europe for historic cars and spare parts and is therefore the best place to find the classic car of your dreams. A formula that of the exhibition that takes place from 21 to 24 October at the Padua Fair which has never been the same over the years. In each edition, thematic exhibitions are developed that anticipate in-depth trends in the Heritage sector. The roar of the exhaust, the thrill of driving, the scent of the interior, the shapes of the bodywork are the main ingredients of Auto e Moto d’Epoca 2021.

The numbers of this year’s edition

Four days of opening, 115,000 square meters of exhibition space, 11 pavilions, 1600 exhibitors, more than 5000 machines on display, 4 exhibitions, many manufacturers, numerous collectors and enthusiasts from all over Europe. These are the numbers of the 2021 edition of Auto e Moto d’Epoca which inaugurates the opening to the public on Thursday 21 October and which can be visited for four whole days expressly dedicated to the passion for classic cars and motorcycles.

Stellantis is present with the Italian brands

News also in the world of spare parts. With more than 600 specialists in spare parts, companies specialized in car care and restoration craftsmen, Padua is confirmed as the largest market in Europe. This year, the Stellantis Heritage Department is also showcasing restored models and spare parts back into production. Specifically, Stellantis recounts 50 years of research into the New 500 Red, starting with the innovative concept car Fiat X1 / 23 from 1974. Developed five decades ago, it is in fact one of the first examples in the world of electric motor city cars: of a small two-seater minivan, with a maximum speed of 75 km / h and an important range of 70 km at a constant speed of 50 km / h. 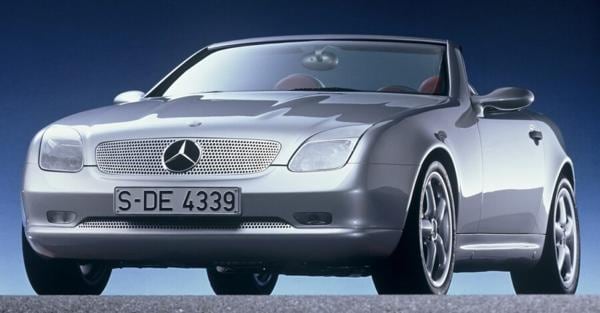 While Mercedes exhibits the pioneer 190 E Elektro, an experimental model with an electric motor for each of the two rear wheels, presented in Hanover in the 1990s. At the other end of the evolution lies the flagship EQS – the pinnacle of electrification of the Mercedes-EQ brand. But for the enthusiasts present in Padua, the gem will be the twenty-five years of the first generation of the SLK: thanks to its folding metal roof, in 25 seconds, the roadster was able to transform itself from discovery to coupé, with a fixed soundproof steel roof. It also stood out for safety, thanks to a number of further innovations. In 2004, 311,222 of the R 170 series were produced at the Bremen plant. The generations covering the R 170, R 171 and R 172 series were sold in 710,000 units, since 2016 as SLC.

The new Porsche 718 Cayman makes its debut in Padua

The sports car brand has chosen the Padua event to present the new 718 Cayman, the completely renewed fourth generation sports coupé: the new four-cylinder boxer engines with turbocharging for the first time as in the Boxster deliver a power of 300 hp which rises to 350 in the S version while the enormous torque guarantees agility and fun even at low revs. In the completely retrofitted chassis of the 718 Cayman, transverse stiffness and suspension have been optimized, springs and stabilizer bars are firmer and the dampers have been adjusted. The steering, configured to be 10% more direct, increases agility and driving pleasure. The rear wheels increased by half an inch, in combination with the newly developed tires, generate a higher lateral force potential and therefore greater cornering stability. The new Porsche 718 Cayman in the S version offers a turbocharger with variable turbine geometry that is strictly derived from the 911 Turbo.

Tumors, less people die in Italy than in Europe

Weidmann leaves the Bundesbank after 10 years: “It’s time to turn the page”

Bitcoin in free fall, the holding of a...

29 provinces showed their economic transcripts, and the...

Contrary to the trend, increasing positions and focusing...

Markets in tilt with Vix at one-year highs....

The daily limit of 66 stocks is mainly...

Msc wants Ita: a consortium with Lufthansa for...