Home News my country has only had meteorological records for more than 70 years. How did the “one in a thousand years” rainstorm be calculated? -Viewpoint · Observation-cnBeta.COM
News

my country has only had meteorological records for more than 70 years. How did the “one in a thousand years” rainstorm be calculated? -Viewpoint · Observation-cnBeta.COM

There have been heavy rainstorms in many parts of Henan recently. On July 20, Zhengzhou Meteorological Official Weibo released a video stating that the rainstorm in Zhengzhou was “once in more than a thousand years.” According to the information on the official website of the Henan Provincial Water Resources Department, “From 8:00 on July 18 to 02:00 on the 21st, there will be general rainstorms and extreme rainstorms in some parts of Henan Province. The maximum rainfall is 854mm at Xingyang Huancuiyu station and 818mm at Jiangang. Sigou is 756mm, and the recurrence period is more than once in 5000 years.”

The term “once in 5,000 years” has sparked some discussions on the Internet. Many people interpret it as “an extremely small probability event that can only be encountered once in 5,000 years.” Is this understanding correct?

Zhengzhou Meteorology announced on the evening of the 20th that the average annual rainfall in Zhengzhou is 640.8mm, which is equivalent to the amount of the previous year in these three days. From the perspective of climatology, the probability of hourly precipitation and daily precipitation, and the return period through the fitting of the distribution curve, are all once in a thousand years. 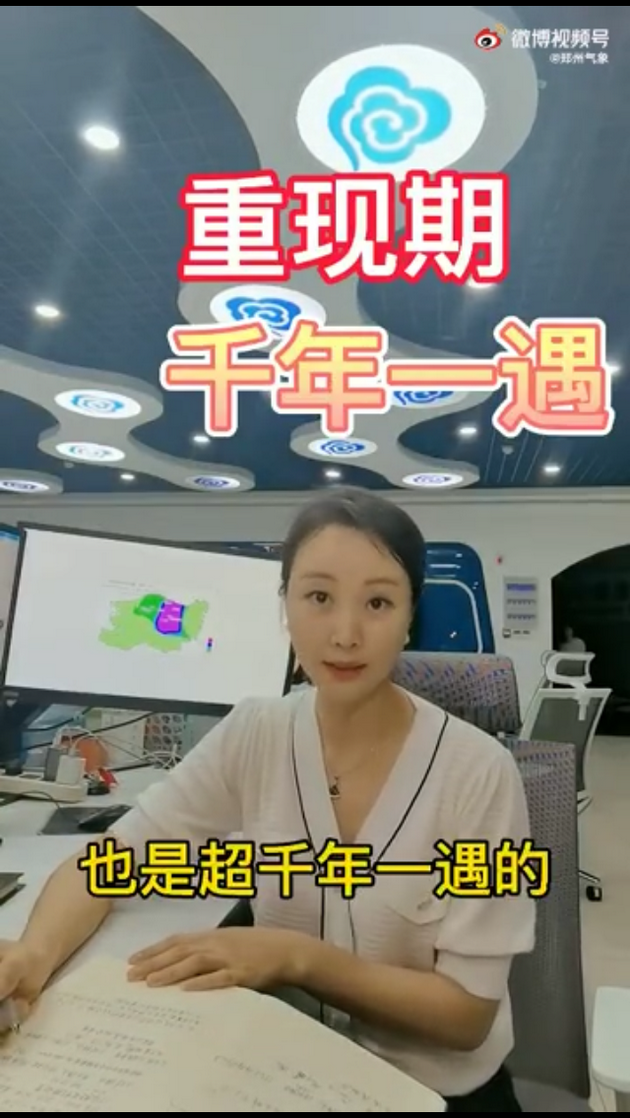 According to a report from China Business News, Zhao Pengcheng, an engineer engaged in municipal planning and design, explained that the “recurrence period exceeds once in 5,000 years” can be understood as the largest rainfall in history since the record of rainfall. In hydrological statistics, the recurrence period is the average interval between the occurrence of rainfall greater than or equal to a certain rainstorm intensity during the statistical period of the rainfall record data of a certain period, which is generally expressed in years.

“The expressions of’return period’ and ‘once in a thousand years’ are the same. They are both probabilistic formulations. The latter specifically refers to the probability of one in a thousand occurrences of rainfall of the same scale each year, rather than in an absolute numerical sense. It occurs only once in a thousand years. In reality, heavy rains of this intensity may occur multiple times in a thousand years, or may not occur.” said Lu Hongliang, deputy dean of the Ecological Municipal Institute of the China Urban Planning and Design Institute.

An engineer from a state key laboratory stated that at present, Chinese cities generally adopt the “Outdoor Drainage Design Code” storm intensity formula, and use it as the main basis for judging urban rainfall patterns and guiding the planning and construction of urban drainage and waterlogging prevention systems. basis. 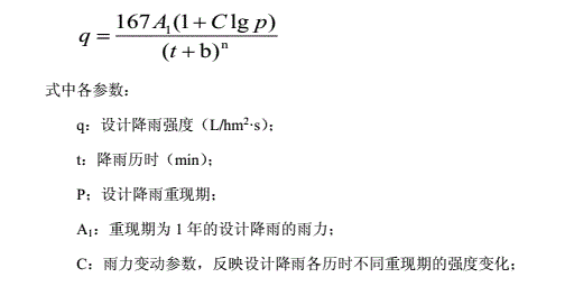 The engineer used the above formula to derive the heavy rainfall in Zhengzhou. “This rainfall is calculated as 3 days, t=3 days, and the rainfall intensity is 972.8L/hm2.s (liters per second per hectare). According to the formula, it is calculated inversely. Rainfall return period P=5000. Different regions have a corresponding relationship between rainfall intensity and flood level (expressed in return period) due to different flood storage, flood discharge, and flood discharge conditions. Ignore this relationship and ignore it. For the time being, rainfall is considered heavy. The current P=5000 corresponds to a flood frequency of once in 5000 years. This is the origin of the “flood once in 5000 years” in the media. However, the above data is only an example. The rainfall intensity of 972.8L/hm2.s is not related to the actual rainfall. Exact match.”

Is the term “one encounter in a thousand years” accurate?

Regarding the terms “once in a hundred years” and “once in a millennium”, some experts also said that it is impossible to define this based on the meteorological data currently available.

According to the Henan Business Daily, Chen Tao, chief forecaster of the Central Meteorological Observatory, said that the “once in a thousand years” and “once in a hundred years” are derived from a scientific explanation of the flood return period in hydrometeorology. It is mainly based on the historical record, which is a relatively long record. It is estimated that the occurrence of extreme weather events and extreme flood events is the recurrence period of history. The calculation method is mainly to estimate a certain type of weather event based on a relatively long historical record. Especially the frequency with which the flood event may repeat in history, which is actually a mathematical probability.

Chen Tao said that from the perspective of atmospheric science research, we formed a rigorously recorded meteorological record after 1950, with a relatively accurate and complete scientific record of rainfall. Up to now, the entire rainfall record has been around 70 years, so our method of expressing extreme weather and even extreme rainfall processes is mainly based on historical rankings, according to the extremely worthy rainfall in the history of our sites, and proceed in turn. Ranking. If there is a new record of extreme heavy rainfall, we will adjust this ranking accordingly. This is a common practice in our atmospheric science community.

He said that it is difficult to talk about the so-called “once in a hundred years” and “once in a millennium” until reliable, long-term, and effective rainfall records are currently available.

cnBetamy country has only had meteorological records for more than 70 years. How did the “one in a thousand years” rainstorm be calculated?Viewpoint/Observation
0 comment
0
FacebookTwitterEmail
previous post

From industry 4.0 to society 5.0: the challenge of digital by-design sustainability

Massacre of Bologna, a mural to remember Davide...

Justice reform, the vote in the Chamber of...

Treviso, in spring down 11 Ater buildings along...

The epidemic broke into the Mausoleum of Emperor...

Under house arrest, he escapes to go to...

New supermarkets in the jungle of Statale 26...