Home News The police informed the incident that there were cameras in the hotel and the two rooms: the female subject claimed to have 29GB of candid content-Warning!-cnBeta.COM
News

The police informed the incident that there were cameras in the hotel and the two rooms: the female subject claimed to have 29GB of candid content-Warning!-cnBeta.COM

Recently, due to a business trip, Ms. Tang stayed at the Linwu International Hotel in Chenzhou, Hunan. When I checked the room I lived in, I found a pinhole camera hidden in the charging plug facing the bed.Through investigations by the hotel and the police, Ms. Tang was moved to another room, but the randomly changed room also had a camera.After the police recorded Ms. Tang, they brought back evidence such as related cameras. The hotel also arranged for Tang Chen to stay in room 1311.

After changing rooms, Tang Chen still had lingering fears. She immediately checked the room again, and also found a camera in the socket hole, which shocked her and called the police again, “The police rushed over again, and they also called the hotel. Check-in information of other customers in the room.”

In response to this matter, netizens were very angry. Some people say “It’s too shameful, there is no privacy!” “There must be zero tolerance for this kind of hotel, don’t book a room”, and some netizens said this is very common, “Many hotels have it, I have seen people pack and sell online Video.” Some netizens said, “There is still this kind of rental house, everyone should pay attention to renting a house!” 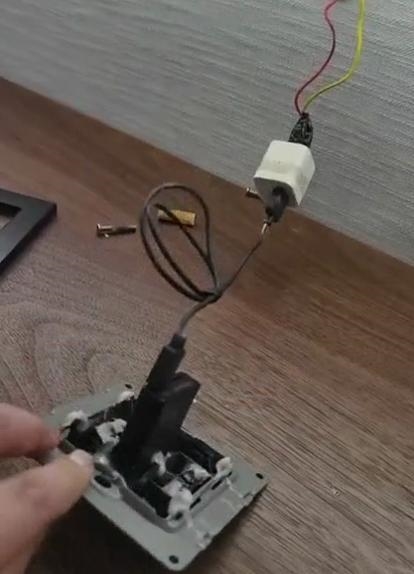 Manager Tong of Linwu International Hotel said that after the incident, the hotel had checked all other rooms and found no other cameras. The hotel is currently cooperating with the police to investigate.

Manager Tong said: “The police have not determined the current situation, and the hotel is fully subject to the investigation results after the police investigation.” “The guest said that she may have a civil lawsuit, but our hotel itself is also the victim, and I don’t know where the camera comes from. .”

Manager Tong said frankly that the hotel would like to wait for the police’s characterization and the relevant investigation results to come out before having a fair and impartial dialogue with consumers, striving for a solution that is satisfactory to both parties.

Liu Ming, executive director of Hunan Ruibang Law Firm, stated that in this matter, if the camera was installed by a third person, the manager should provide evidence to prove whether it has fulfilled its security obligations. If there is no evidence to prove it, the hotel should bear the corresponding supplement. responsibility.

According to the latest official report, Ms. Tang said that she found 29G content in the camera facing the implantation, indicating that a lot of videos have been taken. Currently, the camera has been handed over to the police.

Ms. Tang said that the hotel has not apologized yet, nor has it refunded her room rate. I exposed this matter myself, and I also hope to remind the netizens staying in the hotel to pay more attention to this situation. She also stated that she had stayed at the hotel many times before and could not accept the current handling of the hotel and planned to file a civil lawsuit.

In addition, the official also announced,The Linwu County Public Security Bureau received an alarm from the public that a pinhole camera was found in a hotel room in Linwu. After receiving the alarm, the Linwu police attached great importance to it and immediately intervened in the investigation. At present, no leaks of secretly filmed videos have been found.The investigation is under way in accordance with the law.

cnBetaThe police informed the incident that there were cameras in both rooms when staying in a hotel: the female subject claimed to have 29GB of candid contentwarn!
0 comment
0
FacebookTwitterEmail
previous post

Dividend Intesa Sanpaolo is tempting to many, the title rejoices and sees the top since 2018 with + 35% YTD

Beat for commuters, cut off the morning trains...

Reform and opening up is a great awakening...