China News Service, Beijing, October 28 (Reporter Zhu Chenxi) The launching ceremony of the “Course for the Olympics” and “Hundred Painters Paint the Winter Olympics” was held on the 28th at the Samsung Building in Beijing.

The organizer revealed that the “Hundred Painters Paint the Winter Olympics” event will collect 100 works by 100 old, middle-aged and young artists across the country before the opening of the Beijing Winter Olympics. The forms of creation are all Chinese paintings, and the subject matter is based on the Beijing Winter Olympics humanities and Olympic spirit. After the creation of the works, they will be collected by the “Cheering for the Olympics” Organizing Committee and will be exhibited in many cities across the country.

“Cheers for the Olympics” Art General Counsel Fan Yang delivered a speech on the spot.Provided by the organizer

Xu Li, Secretary of the Party Group and Vice Chairman of the Chinese Artists Association, delivered a video speech. He said that in the next three months to welcome the Winter Olympics, the National Artists Association of all provinces will lead more artists to participate in this event. The Beijing Winter Olympics will bring together ice and snow athletes and guests from all over the world during the Chinese New Year and Olympic culture. Artists will use brushes and colors to depict Chinese sports dreams and a peaceful Spring Festival atmosphere, so that the world can feel the warmth and hospitality of China and China Cultural charm. 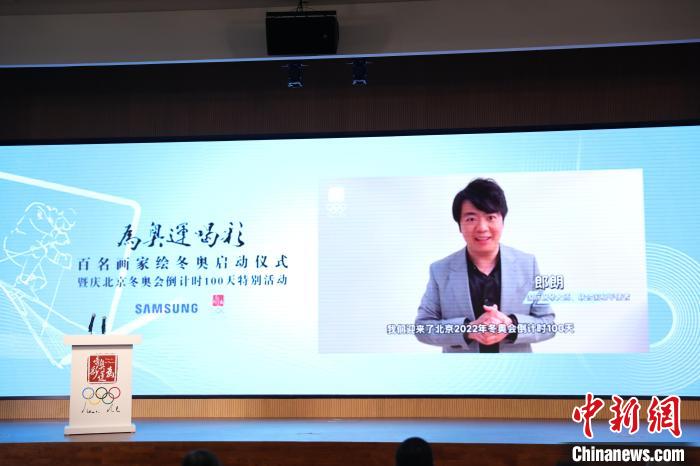 The famous pianist Lang Lang sent a video blessing.Provided by the organizer

He Jialin, head of the “Cheering for the Olympics” art sketching group, delivered a speech on the spot. He said that he hopes to show the festive atmosphere of the venue of the Beijing Winter Olympics through his works, so that the world can understand Chinese art and experience the profoundness of Chinese culture. 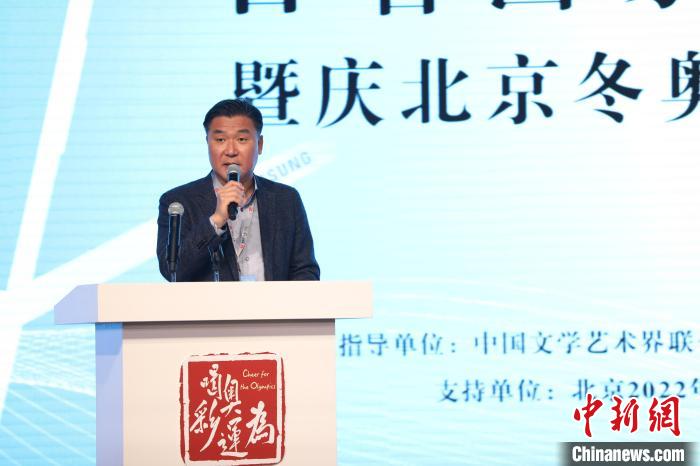 At the launching ceremony, 20 “Cheering for the Olympics” artists including Fan Yang, He Jialin, Wu Tong, and Cui Jingzhe created five Winter Olympic-themed Chinese painting artworks. The content of the five works includes: Beijing Winter Olympics The scene of the torch, the venues of the Beijing Winter Olympics, the scenes of the Winter Olympics and the 5G service application scenarios of the Pyeongchang Winter Olympics. Before creating ink paintings, many painters made drafts on Samsung mobile phones, linking technology and art organically, making the forms of artistic creation more diverse and more convenient. 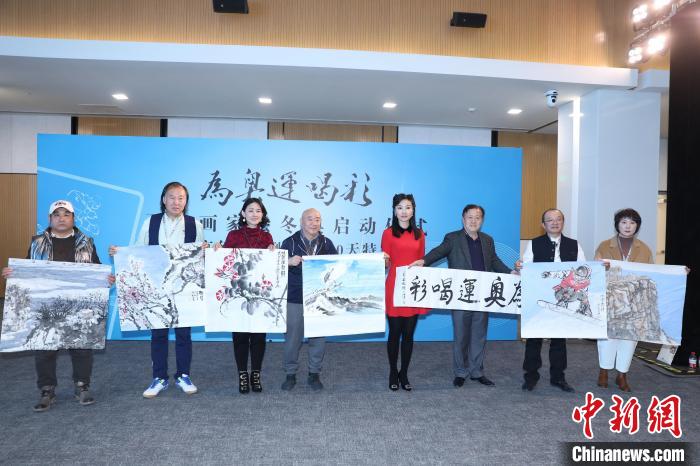 The artist displays the works created on-site.Provided by the organizer

Cui Seung-sik, president of Samsung Electronics Greater China, said that in this event, Samsung Electronics will use its cutting-edge technology as a display platform to bring a convenient and innovative experience to artistic creation, and help the Olympic spirit to organically integrate Chinese culture and art. At the same time, it will once again witness the promotion and inheritance of the Olympic spirit in China from the perspective of an Olympic enterprise rooted in China for nearly 30 years, and will show the world the unique charm of Chinese culture and art and Samsung technology.

Gotti in Milan at the film on the...

Juventus, the offices are searched: Agnelli, Nedved and...

The new motorbikes, scooters, e-bikes and scooters in...

Dzeko wakes up in the second half, Inter...