The source of this information is a report by RIA Novosti on September 10. According to reports, Xiaomi has restricted the use of its smartphones in certain areas of the world. This issue affects Cuba, Iran, Syria, North Korea, Sudan, and Russia’s Crimea.

According to XDA-developers, an overseas mobile phone development community, the blockade began in September. Users who activate Xiaomi phones in the above-mentioned regions will see a message on the screen: Xiaomi’s policy does not allow products to be sold in this region.

Public information shows that Xiaomi entered the Russian market in 2016; and as early as March 2014, the Crimea region had announced its integration into Russia. In 2020, a study by Yandex.Market, a shopping platform under the Russian portal Yandex, shows that Xiaomi has become the most popular smartphone brand in Russia in the past four years. 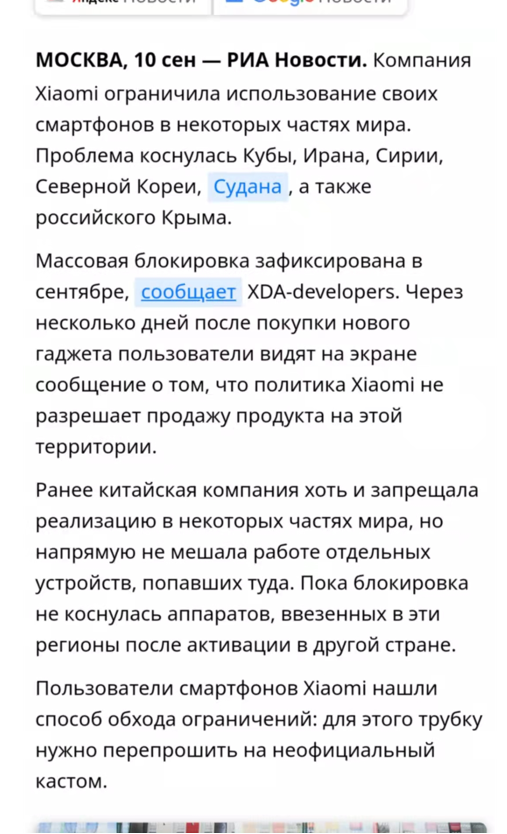 According to RIA Novosti, although Xiaomi previously banned the sale of its products in the above-mentioned regions, it did not directly interfere with the operation of a single device flowing into the region.The Russian media did not specify the reason in detail, butRelated comments point to the “long-arm jurisdiction” of the United States.

See also  Milan stock exchange flounders: Ftse Mib closes at -1.27% with oil and auto stocks to the mat, Amplifon and Diasorin are saved

Cuban ambassador to the United States, Jose Ramon Cabanas, commented, “The U.S. State Department seems to have some problems with the coordination of Cuba’s policy issues. Block phones on the island.” 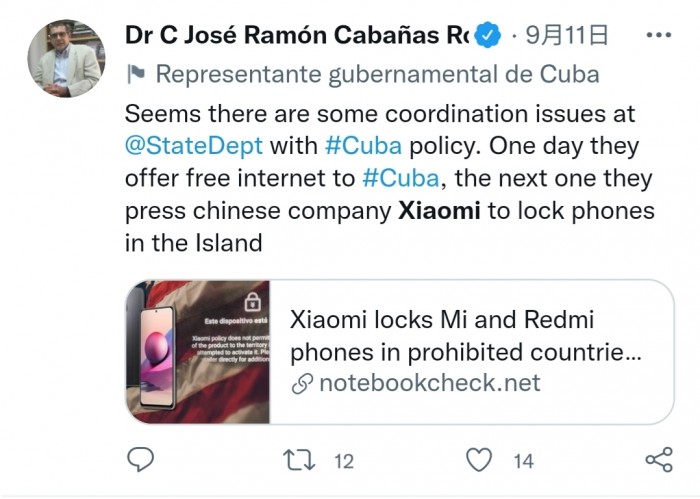 Xiaomi has not established an official institution in Cuba, but a data from the research organization statcounter shows that Xiaomi mobile phones have a market share of nearly 15% in the local market.

Local Xiaomi users in Cuba also have their own communities. In addition, some local users initiated the #UnlockXiaomi self-help super chat, and helped users who were locked out through videos. According to the latest statistics released by Gartner on September 6, Xiaomi’s smartphone sales in the second quarter of 2021 surpassed Apple’s, ranking second in the world for the first time. Gartner pointed out in the report that the rapid development of overseas markets is the main reason for Xiaomi’s achievement.

Observer Network learned from people familiar with the matter,Xiaomi’s adjustment is not for a certain country or region，Mainly dominated by markets that have not officially entered. Parallel smuggling and flashing of the machine can easily lead to damage to the user’s information security and interests. Therefore, the short-term lock-up investigation carried out this time is part of the cross-regional governance action to prevent parallel smuggling; the lock-up is mainly used to check the serial number and the place of sale. The occurrence channel and flow trajectory of

In addition, an insider confirmed to Observer.com thatXiaomi has unlocked the locked device, but Xiaomi officially did not respond to the matter.

How to eat pasta to lower the glycemic index? Grandma’s trick