The fate of good ideas, in any field, is to be copied. All the more so if they are very successful, like the one had by Cinzia Macchi, founder of brand of bags and accessories La Milanesa , which in a few seasons has made itself known for the use of crochet and hand-worked “tiles” which reminds many of childhood and to the youngest are, in fact, a great idea.

Thieves of ideas, favorite parasites from the web

What should never happen to ideas is that they are copied without mentioning who got them. It has happened, over the centuries, to technicians, scientists and of course to stylists. In fashion – and in manufacturing in general – copying an idea for a successful dress or accessory is also the basis of increasingly large and uncontrolled market for fakes. A market that has found a sort of miraculous greenhouse on the internet, where sites that sell fake or counterfeit or perhaps similar products, even in price, to the original ones have multiplied exponentially to the point of deceiving the most naive consumers, to whom let’s give the benefit of the doubt. Milanesa is one of the most copied brands of the last two seasons, but Cinzia Macchi has already taken a step further, very difficult to copy, because it is not commercial but of social sustainability, a project called The Dream Makers. In a few months the project became a reality: together with Caritas Ambrosiana Onlus, Fondazione San Carlo Onlus and Intesa Sanpaolo, La Milanesa created a laboratory started on 27 September and will last six months, in which women in difficulty, abused, mistreated, will learn crochet, a little loving help to give them new dignity and, through a new insertion into the working world, freedom.

How to react to counterfeiting

One way to react to those who copy ideas and products is to pursue them legally. The other is to have new ideas, as happens to inventors, scientists, researchers, creatives of all fields. It is this ability that keeps those who have ideas always one step ahead of those who copy them. A manufacturer or seller of counterfeit bags (or any other product) has to wait for someone to have a good idea and only then can they organize themselves to copy it. Parasites – because that’s what it is – in the fashion world there are really many and species for a novice stylist-entrepreneur, the blow can be hard to absorb. To be even clearer: Miuccia Prada or Giorgio Armani, Maria Grazia Chiuri (creative director of Dior) or Ralph Lauren have been putting up with those who are inspired by them, those who quote them, those who copy them (often badly) for decades. On the one hand – as Patrizio Bertelli said some time ago – being copied is a sign of success. On the other hand, it is very annoying, as well as harmful from an economic and image point of view. But the speech would be very long: as he declared Marcello Minenna, general director of the Excise, Customs and Monopolies Agency (Adm) at the inauguration of the “Glass house” in Milan, on the occasion of the women’s fashion week (21-27 September). Minenna underlined the importance of “to grow the knowledge and culture of “truth” and to protect the originality and value of Italian manufacturing, excellence all over the world ».

The full name of the initiative is «Dream makers – A project for female inclusion» and was born from the meeting between Intesa Sanpaolo, Caritas Ambrosiana Onlus Foundation and S. Carlo Onlus Foundation and 61.67, the company that owns the La Milanesa brand. “Because the most beautiful projects are those that are done together, with people with whom there is an elective affinity, as well as a practical, concrete vision,” explains Cinzia Macchi. With the launch of the first phase of experimentation in Milan, the project offers advanced tailoring training courses to offer a prospect of entering the world of work and regaining one’s autonomy. “We think that a virtuous circle can be triggered that can create social value, female empowerment and ensure the sustainability of interventions, through the recovery of traditional crafts with haute couture techniques and the use of natural fabrics, while enhancing made in Italy fashion, principles that have guided me since the birth of the brand “, adds Cinzia Macchi. 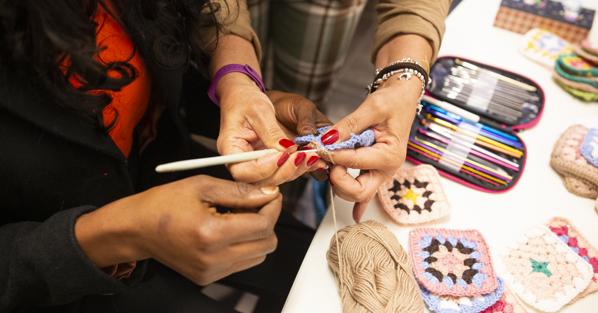 The bags and accessories made by the recipients of the project, identified by the Caritas Ambrosiana Foundation, will be marketed under the solidarity brand “Manufacturers of dreams” and sold in all La Milanesa stores in Italy, abroad and online. Revenues from sales will be reinvested in the same project with further initiatives aimed at women in difficult situations.

Born at the right time, disbanded tragically and tragically-Commemorating the Hong Kong Alliance

Eni and energy accessible to all thanks to technological innovation

This year, the total box office of the...

“The New Batman” movie Chinese trailer is the...

Who was the first woman in history to...