Home Health Covid, fourth dose at the start for the over 80s. Magrini (Aifa): “Recall in the autumn with an adapted vaccine. To be decided if for all”
Health

Covid, fourth dose at the start for the over 80s. Magrini (Aifa): “Recall in the autumn with an adapted vaccine. To be decided if for all”

The fourth dose, recommended, for the over 80, the frail and residents of the RSA, and an evaluation of the general population. In some cases, the administration of the fourth vial of the anti Covid vaccine has already begun, as in Rieti, but all the Regions are ready to start after the circular from the Ministry of Health released after the green light of the European Medicines Agency (Ema).

“We prefer to call it the second booster dose and not fourth dose. We will have the autumn call as an annual call “said the director general of the Italian Medicines Agency (Aifa), Nicola Magrini during the press conference on the continuation of the vaccination campaign and administration of the second booster dose. “The decision to take is whether we will revaccinate the entire population, as it was, or we will limit ourselves to over-fifties and over-sixties with a bit of models and modeling and again a European and maybe even global spirit. Probably the orientation is to take care of this half of the population ”.

Long Covid, 25% of those infected show symptoms even after 4 or 5 weeks

“The pan-coronavirus vaccine is the goal: it will take longer but not too long. Meanwhile, we will arrive at the next recall with an adapted vaccine, with or without influenza virus, in the autumn – explains Magrini – The global pandemic is an emergency from which we are emerging. To decide whether we will vaccinate the entire population or just over 50 or over 60 ″. Enlargement has not yet been considered because there are still not enough supporting studies even though recently on New England Journal of Medicine An Israeli study has been published in which the protection in the over 60s is tripled while it does not give benefits for the younger and healthier.

“The expansion of vaccination to the general population with updated vaccines against variants is still a matter that deserves study and in-depth analysis. Current studies indicate that for the younger, disease-free population there would be a marginal advantage from administering an additional dose – said the president of the Superior Health Council, Franco Locatelli – Getting vaccinated means loving yourself. A message that wants to be truly proactive and protective ”, underlined Locatelli, addressed to the recipients of the fourth dose of vaccine, ie over 80, guests of the Rsa and 60-79 year olds with particular pathologies. 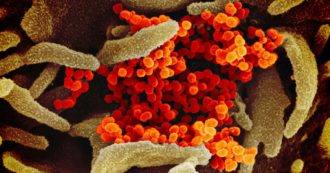 Support ilfattoquotidiano.it: never as in this moment do we need you

In these difficult and extraordinary times, it is essential to guarantee quality information. For us at ilfattoquotidiano.it the only masters are the readers. Unlike others, we want to offer journalism that is open to all, without paywalls. Your contribution is essential to allow us to do this. Become a supporter too

Riccione, stopped at the checkpoint by the Guardia di Finanza: he drove a 200,000 euro Ferrari Roma without a license

The mansion bequeathed by Mrs. Olga was fixed in a month: it now houses seven Ukrainian refugees

Every 24 o’clock | Shanghai Science and Technology Innovation Board Biomedical Index is about to be released; DCE and ZCE closed up at night; WTO annual report: Russia-Ukraine conflict jeopardizes global trade recovery

The mayor puts on a white coat and...