Home Health The surface magnetic field of a pulsar is 1.6 billion T, setting the record for “direct measurement” of the strongest magnetic field in the universe | TechNews Technology News
Health

The surface magnetic field of a pulsar is 1.6 billion T, setting the record for “direct measurement” of the strongest magnetic field in the universe | TechNews Technology News 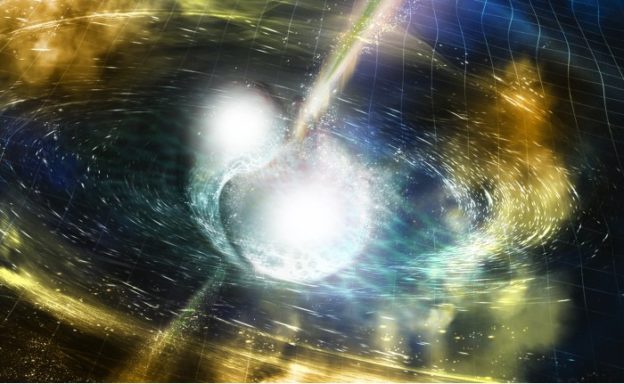 About 22,000 light-years from Earth, a pulsar unlike any other is roaring, with a surface magnetic field far stronger than anything astronomers have ever seen, at 1.6 billion terawatts.

For comparison, the magnetic force on the surface of a magnet attached to a refrigerator is about 0.001T, and the strength of the magnetic resonance imaging (MRI) machine used in imaging medicine is about 3T. Acclaimed, although the process lasts only 100 microseconds.

Therefore, the Swift J0243.6+6124 pulsar, with its surface magnetic field strength as high as 1,600,000,000T in a binary system, is indeed good enough to excite astrophysicists, only by cramming a huge mass into an extremely small volume and at an incredible speed Spin, it is possible to accelerate electrons to absurd speeds enough to achieve amazing magnetic fields.

Swift J0243.6+6124 is the only X-ray pulsar in the Milky Way, with a Be-type companion star. Although the magnetic fields of some distant objects are strong, they cannot be detected as long as they are separated by thousands of light-years. soon. Fortunately, scientists can look for clues through the characteristics of electron cyclotron resonance scattering. The Hard X-ray Modulation Telescope (Insight-HXMT, also known as “Insight”) launched in China in 2017 can provide this method, including the X-ray of Swift J0243.6+6124 Cyclotron resonance scattering features are also hidden in the spectrum.

Scientists from the Chinese Academy of Sciences, Sun Yat-sen University in China, and University of Tübingen in Germany further analyzed this feature and found that the Swift J0243.6+6124 electron energy is as high as 146keV, corresponding to a surface magnetic field of 1.6 billion T, which is the “direct” in the universe so far. The strongest magnetic field ever measured.

Two years ago, the Insight-HXMT team detected the 90keV cyclotron absorption line of the pulsar in the X-ray binary system GRO J1008-57. The surface magnetic field corresponds to 1 billion T, setting a world record for directly measuring the strongest magnetic field in the universe at that time. Later, Insight-HXMT recorded the highest electron energy of about 100 keV on the 1A 0535+262 neutron star.

Of course, pulsars aren’t the objects with the strongest magnetic fields in the universe. That honor goes to another type of neutron star called a magnetar, which has a surface magnetic field of up to 100 billion terawatts.

The new paper is published in Astrophysical Journal Letters.

(The first picture is a schematic diagram, source: AAS NOVA)

He gets off the road and gets stuck in the car that catches fire: it’s serious