Winter Olympics 100 Questions | How fast is the snowmobile called “F1 on Ice”?

The 11th Winter Olympics 100 Questions | How fast is the snowmobile called “F1 on Ice”? 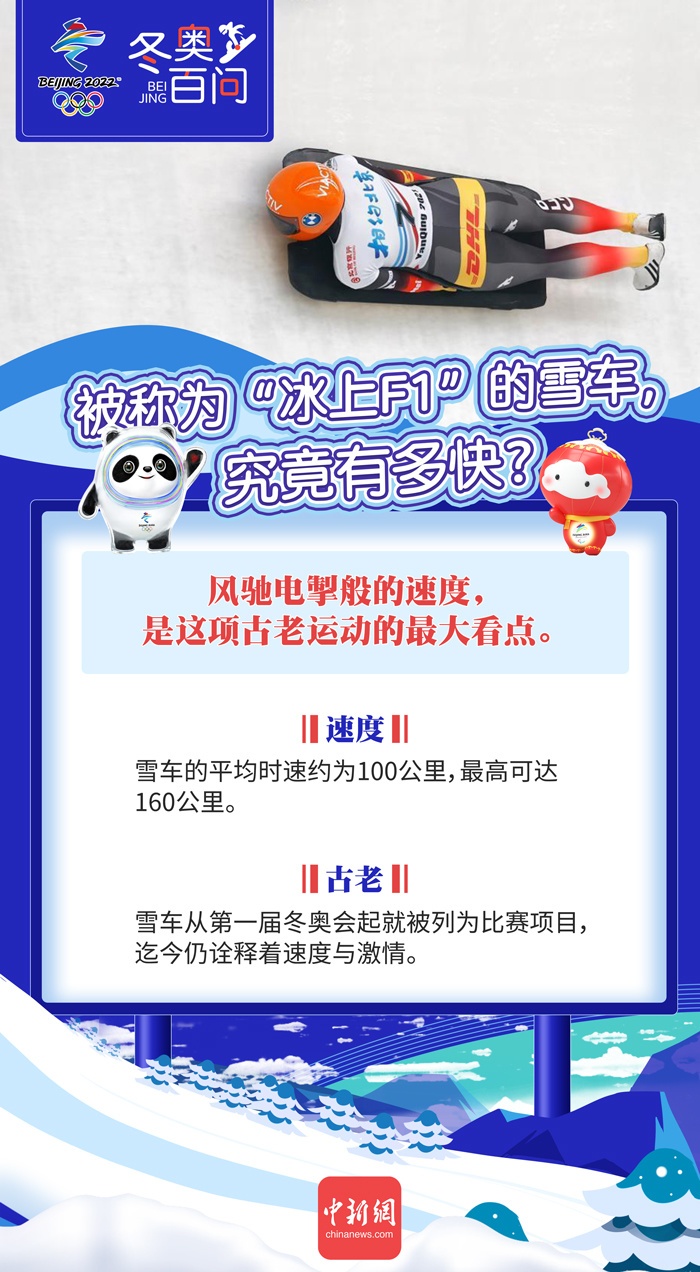 In the major events set by the Winter Olympics, the snowmobile is called “F1 on Ice”. As the name suggests, the swift speed is the biggest attraction of this ancient sport.

It is said that snowmobile sports is ancient because it originated in Switzerland and has been listed as a competition event since the first Winter Olympics. But even if you are “aged”, the snowmobile is still one of the representatives of speed and passion in the Winter Olympics.

The reason why a snowmobile without an engine has such a speed is inseparable from its body structure and track environment.

If you often follow F1 and other racing events, you will certainly not be unfamiliar with “aerodynamics”. Generally speaking, it is very important for this type of competition. The snowmobile body is made of high-tech materials such as steel and glass fiber or carbon fiber, and is designed as an aerodynamic body composite.

The snowmobile is equipped with handles. There are two independent sliding steel blades at the bottom of the snowmobile. The helmsman drives the snowmobile through a pulley system controlled by two handles in the snowmobile. According to the snowmobile competition rules, within 60 seconds of the starting signal, the athletes can push the snowmobile to start running to obtain the initial speed, the driving distance is about 50 meters, and then jump into the car body one by one.

Since the speed is so fast, ensuring safety has become the top priority of the snowmobile race. The first is the brake, which is installed at the rear of the snowmobile. Athlete equipment also needs to meet the conditions, for example, the soles of competition shoes are evenly distributed with brush studs. In addition, the rules have requirements for the body weight and the weight of the athletes. If the weight is not enough, the body weight can be weighted.

In the upcoming Beijing Winter Olympics, the snowmobile competition was arranged at the National Snowmobile and Sled Center in the Yanqing Division. A total of 4 gold medals were produced, including men’s four, doubles, and women’s singles and doubles. Among them, the women’s A single person has added a small event for this Winter Olympics. At that time, we will witness the ice and snow version of “Fast and Passion” together! (Yuechuan)

Emergency medical service, merged the positions of Morbegno and Chiavenna

The usual Udinese: he travels at the average...

Comeback is coming!It is revealed that Lampard will...

In the Canton of Valais the challenge between...

Baselli says goodbye to Toro: “With the grenades,...

The 23-man roster for the national football game...