Home World After flying for three days, the Webb telescope began to slowly unfold, and the highest risk has just begun-Scientific Exploration-cnBeta.COM
World

After flying for three days, the Webb telescope began to slowly unfold, and the highest risk has just begun-Scientific Exploration-cnBeta.COM

NASA’s James Webb Space Telescope (JWST) has been in space for three days, but the most risky part of its space journey has just begun. Soon, this telescope will begin a meticulously choreographed mechanical dance, slowly changing its shape and unfolding into its final form to achieve the purpose of observing the distant universe. 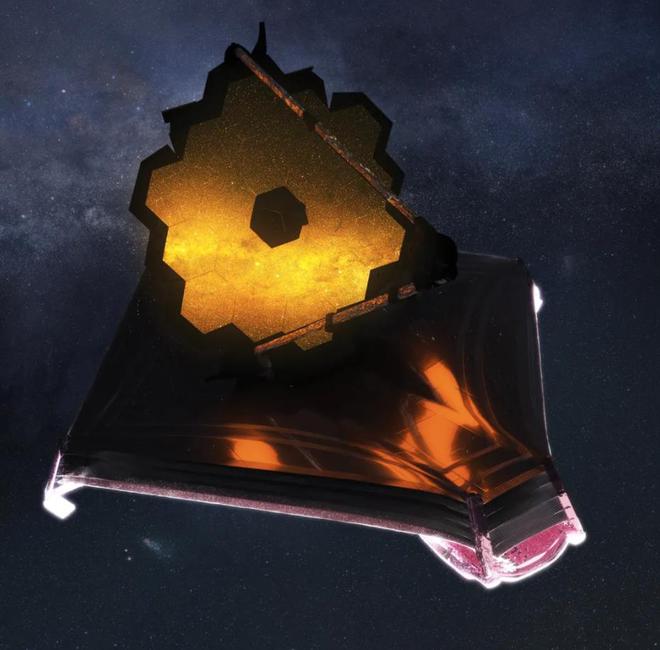 Figure 1: The Webb Space Telescope has been launched for three days and is about to transform into its final form

This is a reverse space origami that has never been done before, but for the Webb Telescope, it is necessary to complete the expected mission. The size of the Webb telescope is too large to carry any controllable rocket when it is fully deployed. Therefore, when taking the “Ariane 5” rocket into space at Christmas, the telescope was folded like a Swiss army knife.

In the next two weeks, the Webb telescope will reshape its shape until it is fully configured to peek into the deepest part of the universe. Amy Lo, an engineer at Northrop Grumman, the main contractor of the Webb Telescope, explained: “We sometimes call Weber the’Transformer Telescope’.”

Unfolding the final form is a daunting process. There are hundreds of moving parts that need to be redeployed. Engineers have tested it repeatedly on the ground because it must be flawless. But in this process, even a small release mechanism or pulley failure may endanger the future of the entire Webb telescope. Although ground mission controllers have mastered a lot of troubleshooting techniques, if something gets stuck, they can immediately intervene, but in the end, the telescope must complete each deployment by itself to get close to perfection. 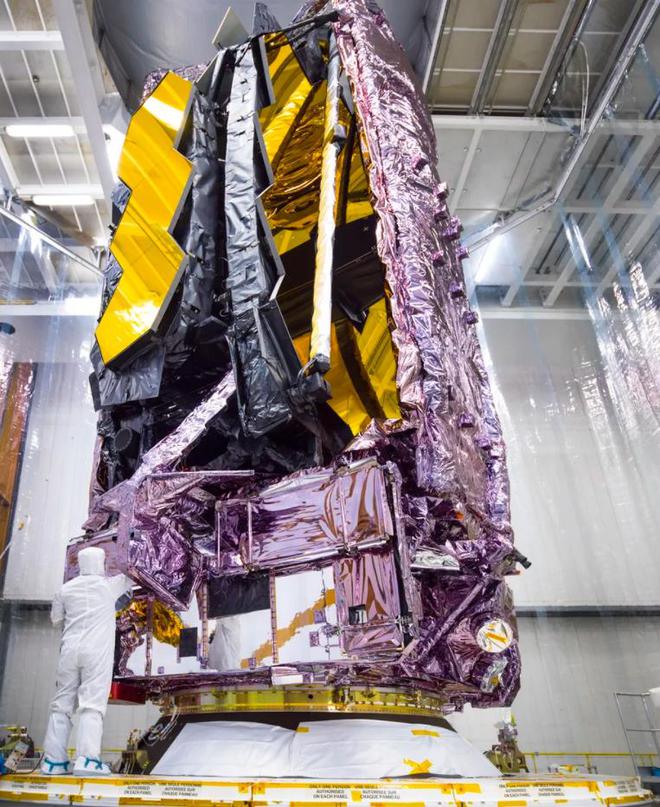 Figure 2: The Webb Space Telescope fully folded on top of the Ariane 5 rocket before launch

The Webb Telescope is heading to its final destination about 1.6 million kilometers from the Earth. There is currently no rocket or spacecraft that can safely take astronauts to such a distance in order to adjust the telescope. Therefore, if the Webb telescope has an unrepairable failure, it means that this task, which cost a total of 9.7 billion US dollars, is over.

For a task of this scale, it has always been very complicated. The designers of the Webb Telescope knew from the beginning that their design must be able to be deployed in space. As early as 1996, when scientists first proposed to build such a telescope, then NASA Administrator Dan Goldin (Dan Goldin) challenged the engineers and asked them to build a telescope with a primary mirror diameter of 8 meters. In the end, the designers chose a mirror with a diameter of 6.5 meters.

This is because the largest rocket currently flying is not big enough to carry such a large mirror into the air. Whenever something is launched into space, the payload must be installed in the rocket’s fairing. This design is crucial because it covers the top of the rocket during launch and protects the payload from the atmosphere until it enters space. However, the diameter of the fairing is a major limiting factor in spacecraft design, as the aircraft must be able to fit inside. Figure 3: The main mirror of the Webb Space Telescope is folded and will not be fully expanded until space

The Ariane 5 rocket has one of the largest payload fairings on the market, with a diameter of 5.4 meters. But this is still too small to accommodate the primary mirror of the Webb telescope. Therefore, the mission designer of the Webb Telescope has divided the mirror into several parts from the beginning, with two flaps that can rotate inward and outward on each side. This is a major design challenge, because these parts need to be perfectly assembled, like a complete mirror, in order to collect light from the distant universe. Amy Rowe said: “We have never tried to deploy the primary mirror in space orbit.”

The Webb telescope will deploy its primary mirror about 12 to 13 days after launch. But before that, it must complete a more complex task, which takes up to 6 days to complete. This is the deployment of the telescope sun shield. It is a complex device designed to block the heat from the sun and help the telescope cool down in space. Although the deployment process is designed to be very flexible and can be changed as the situation changes, the first step of sun shield deployment will begin immediately, which means that almost everyone involved in this task will wait with bated breath next week.

See also  Why is it so difficult for Xiaomi to hit the high-end? - Xiaomi Xiaomi - cnBeta.COM

Lee Feinberg, manager of optical telescope components at NASA’s Goddard Space Flight Center, said: “In all our deployments, the sun shield itself is the most complicated because it has the most moving parts.”

Due to the way the Webb telescope is designed, the sun shield is a must-have function. This telescope will use infrared to observe distant stars and galaxies. Infrared is a kind of light invisible to the naked eye, but any object that contains heat will emit this light. In order to collect infrared photons, the Webb telescope must operate at ultra-low temperatures, down to minus 188 degrees Celsius. If it becomes too hot, the telescope itself may emit too much infrared, which may interfere with its observation of the universe. 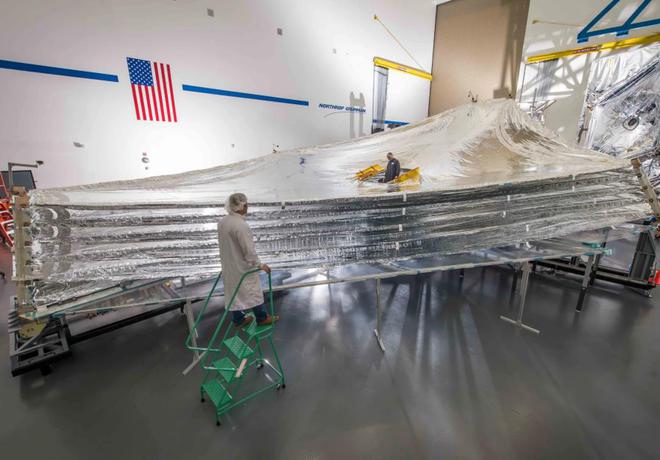 Figure 4: The unfolded and tensioned state of the sunshield of the Webb Space Telescope

This sunshield provides good protection for the Webb telescope. It is composed of five layers of ultra-thin shiny material called Kapton, and each layer is the size of a tennis court. The outermost layer will always face the sun and absorb most of the heat, and its operating temperature is as high as 100 degrees Celsius. But each subsequent layer will become colder and colder, so that the instruments on the telescope can maintain a good low temperature.

The heat-reflective film of the sunscreen is very fragile and requires extra special care and engineering to extend these layers out in space and stretch them tightly without tearing. Feinberg said: “Some systems unfold these protective layers and tighten them. It’s kind of like a sail on a ship, like how you unfold it in the wind.”

According to NASA, the entire process relies on hundreds of different moving parts, including as many as 140 release mechanisms, 400 pulleys, 70 hinge assemblies, and 90 cables. In addition, NASA has developed various contingency plans in case the deployment fails to proceed as expected. NASA can choose to resend the command to the telescope in case the first command fails. Engineers also add redundancy to the telescope as much as possible, for example, there are multiple circuits that can perform the same task, in case the main circuit cannot start normally.

But sometimes there is really no backup option. During the entire deployment process, there are more than 300 events that can be referred to as “single points of failure.” These deployments must be carried out as designed, because they cannot be built redundantly to increase the probability of success. However, NASA is no stranger to single point of failure. When Perseverance landed on Mars in February of this year, there were about 100 single points of failure in the landing sequence, but the entire landing process was flawless.

In addition, NASA and Northrop Grumman have tested various deployments of the Webb telescope on the ground in the past two to three years, conducting intricate exercises for the final mission. Before each component was added to the telescope, it was first individually tested dozens of times on the ground. Then, the Webb telescope as a whole was folded and unfolded many times.

One of the biggest differences between the Webb Telescope and its predecessor, the Hubble Space Telescope, is that it cannot be adjusted and repaired. However, NASA did make design improvements to prevent the agency from adjusting the telescope in the future. The back of this telescope includes cross-shaped stickers, which will serve as targets to help guide the robot. In the future, NASA may send maintenance equipment to the Webb Telescope to add more propellant to its tanks and extend its stay in space. If this happens, these stickers will provide a reference point, stating where the visiting robot should be connected to refill the propellant.

However, no one at NASA has considered such a refueling mission. Everyone involved is focusing on deployment. Once the telescope is fully deployed in the next two weeks, there is still a lot of work to be done during its deep-space travel. NASA will continue to fine-tune the Webb telescope’s lenses to ensure that they are aligned as expected. Then about 29 days after launch, the Webb telescope will activate its thrusters and bring it into its final position in deep space.

Until then, work on the Webb telescope had just begun. The mission controller will then test and calibrate all the instruments on the telescope to ensure they are working properly. This process will take several months, and the scientific operations plan will begin sometime next summer.

Expert: The most fundamental thing to achieve the “dual carbon” goal lies in the adjustment of industrial structure

Soldier Ivan: “I’ve been on the Kherson front...

Brazil, counting has begun. In the very first...