On September 28, Intel held the Innovation offline conference at the McNeri Convention and Exhibition Center, which is separated from the NVIDIA headquarters in San Jose Airport. During the keynote speech, Intel CEO Pat Gelsinger released the 13th generation Core processor Raptor Lake. Among them, the i9-13900K product has 24 cores (8 performance cores, 16 energy efficiency cores) and 32 threads. They use the Intel 7 process technology and x86 high-performance hybrid architecture. And, despite previous hints of price increases, the final price of the new generation is basically the same as the previous generation.

But the outside world‘s discussion of the day’s speech did not stop at the new CPU itself. Before releasing what Kissinger called “the fastest and best desktop processor in history”, Kissinger first mentioned Moore’s Law in his speech.

“I’ve been in an argument for decades that Moore’s Law is dead,” he said. “But the answer is, no!”

Kissinger opened his hands slightly exaggeratedly to the audience, and the PPT behind him showed several lines of characters:

“We expect to go from 100 billion transistors on a single chip package today to a trillion by the end of this decade,” he said.

“We will not stop until the periodic table is exhausted, and we will continue to be the guardians of Moore’s Law.”

This speech has been quoted by many media and is considered to be a counterattack to a speech by Nvidia CEO Huang Renxun after the GTC conference a week ago.

At the previous 2022 GTC online conference on September 21, NVIDIA CEO Huang Renxun released the RTX 40 series graphics cards and announced the new GPU architecture Ada Lovelace and other product technologies and services. In a media interview after the conference, when asked about the controversial pricing issue, Jen-Hsun Huang attributed it to the death of Moore’s Law.

“The price of a 12-inch wafer today is not a little more expensive, but a lot more expensive. Moore’s Law is dead, it’s over, it’s over. The story of chip prices falling over time is a thing of the past. Computing has It is no longer a chip problem, but a common problem between software and chips.” Huang Renxun said.

In fact, this is not Huang Renxun’s first attempt to end Moore’s Law. Huang Renxun believes that the alternative to Moore’s Law is “accelerated computing”. That is, relying on AI, serving AI, and solving the problem of performance improvement through better AI technology and more customized design for specific scenarios. 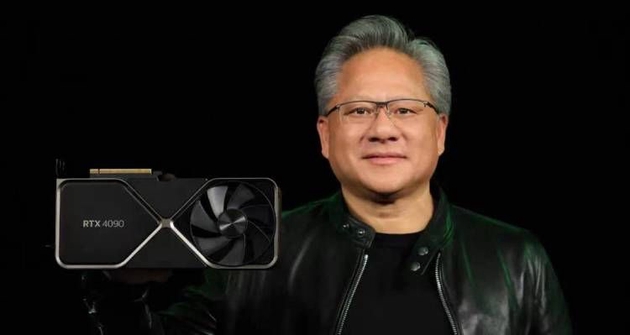 Moore’s Law was proposed by Intel founder Gordon Moore in the 1960s. The basic idea is that the number of transistors that can be accommodated on an integrated circuit doubles about every two years. However, with the continuous breakthrough of the manufacturing process, related technologies began to touch the physical limit, and whether Moore’s Law is equally applicable to the future has also begun to be questioned by the chip industry.

People are looking for ways to “continue life”, in which Nvidia and Intel have stark and opposing views, and this different attitude has been familiar to the industry. Nvidia’s chips are manufactured by manufacturing companies, and it doesn’t have to worry about manufacturing bottlenecks. Intel, in addition to designing its own chips, still insists on investing huge amounts of money on the manufacturing side.

See also  Gas, Saipem negotiates with the Russian Novatek to exit the contracts of the Arctic Lng 2 project

These different models determine the differences between the two, but this doomed competition is not just a purely technical discussion between Huang Renxun and Kissinger. It is more important to compete for the right to define the development model of the chip industry in the next stage. .

Moore’s Law has never been a law of nature, not a law of physics, and even in Moore’s own words, when he first contributed to the “Electronics Magazine” (Electronics Magazine), he thought this magazine was a publication that no one reads, and this law is only A trend he casually speculates based on his own experience.

Moore’s Law later became the “law” of the chip industry, in fact, because it defined the relationship between the commercial success of this industry and technological progress – it is impossible to make money once and for all to achieve a huge technological lead in this industry, because Every few years, your products will be discounted in half; only by constantly maintaining high-frequency technological breakthroughs and innovations can you survive; and such technological innovations are possible, whoever achieves the best will not only survive, but also Can obtain the most attractive returns in human business society.

Therefore, the attempt to fundamentally deny Moore’s Law is actually an attempt to change the rules of competition and cooperation in the entire industry.

And this means that in order to obtain these performance improvements, it is necessary to support the corresponding AI algorithm model, and today, NVIDIA’s CUDA can serve more algorithms than anyone else, and it is also extremely closed and trying to become more dominant: ” What we’re going to continue to do is to put CUDA into every corner of the world in every way possible, so that people can use it to develop applications.”

To put it bluntly, Huang Renxun hopes that everyone will compete in its rules. As Intel has done for the past 50 years, he wants to change from Moore’s Law to Huang’s Law.

See also  The talk show king of the tech world? Inventory of the golden sentences that Lu Weibing said in those years - People - cnBeta.COM

And Intel clearly doesn’t want things to turn around like this.

Like Huang Renxun who said that he is “full stack”, Kissinger is also trying his best to reshape Intel’s identity as the only orthodox Moore disciple. He said in a previous interview that Intel is the only company with all-round capabilities to ensure the survival of Moore’s Law.

In his speech, he also re-emphasized the new technologies that made Intel so confident, and revealed some of the progress.

“We have made a bold plan to deliver five process nodes in four years. Generally, it takes two years to break through a node, but we will complete five breakthroughs in four years.” He said. “Everything is going according to plan, even ahead of schedule.”

These five nodes correspond to Intel 7, Intel 4, Intel 3, Intel 20A and Intel 18A respectively. Next year, Intel 4 using EUV process for the first time will enter the mass production stage, and Kissinger also revealed that Intel 18A (equivalent to TSMC 1.8 nm) process PDK 0.3 version is already in the hands of developers.

“We expect the first batch of test chips to be taped out by the end of the year.”

In addition, Intel also introduced the technological progress in bypassing the physical limitations of electronics and continuing Moore’s Law from the perspective of light, and briefly introduced a solution called pluggable co-package photonics. breakthrough.

Optical interconnect can theoretically solve many problems stuck in Moore’s Law, but the cost of manufacturing difficulty makes it impossible for the industry to really use it. Kissinger invited the lab’s researchers to demonstrate “a robust, high-yielding, glass-based solution.” It simplifies manufacturing with a pluggable connector that promises to reduce costs.

Keeping the status of Moore’s Law in the industry is the most important task for him to return. In recent years, there have been many divergent interpretations of Moore’s Law, from wafers to the cooperation model of the entire industry, etc., are all framed in the framework of Moore’s Law, but Kissing Grid is clearly a Moore’s Law “fundamentalist.” In a previous interview, he made it clear that what he said today about Moore’s Law is no different from Moore:

“I define it by doubling the number of transistors.”

Even for these new technologies beyond chip design, he emphasized that these routes were foreseen by Moore back in the day.

“This day of reckoning was foreseen in Moore’s original paper, when we need to build larger systems using a variety of heterogeneous and customized small technologies.”

The extreme loyalty to the pioneer Moore is also reflected in the response to “paganism”. Kissinger, who was doing push-ups and squat jumps backstage before his presentation, seemed more aggressive than ever.

See also  Zhongzhou Holdings: It is estimated that the net profit in the first quarter of 2022 will be 28.6054 million yuan to 42.9081 million yuan | Daily Economic News 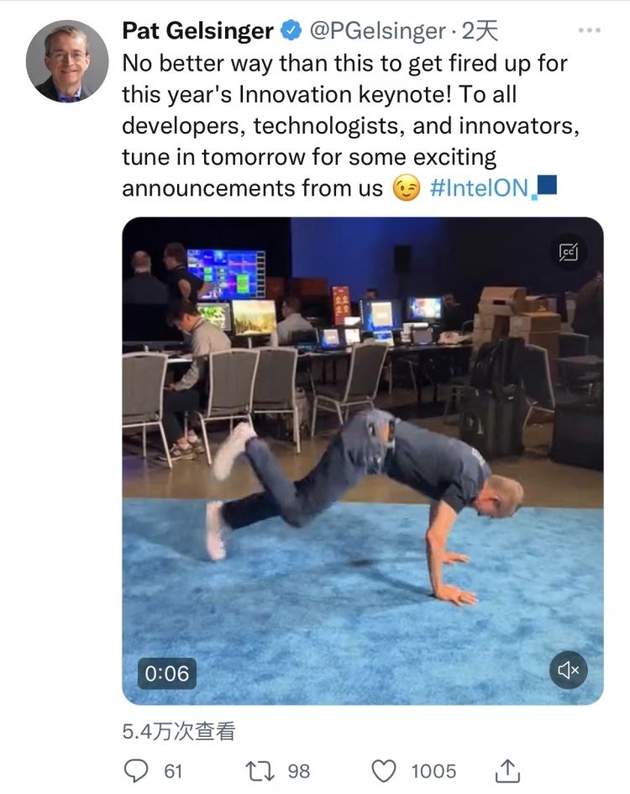 At this conference, before taking out the Core 13 series chips, Kissinger’s first released product was the GPU. “Not one, but many GPUs,” he said. “Graphics computing has always been a passion of mine. When I left Intel 12 years ago, it was the only thing I didn’t accomplish. Now that I’m back, we’re going to finish it.”

Those GPUs include a previously announced blade server for Intel’s data center GPU, code-named Ponte Vecchio, which Kissinger said was shipped to Argonne National Laboratory for the Aurora supercomputer. What is more concerned is the Arc A770, the highest-end discrete graphics card of the Arc series for the high-performance gaming market.

According to Intel’s thinking, this GPU for gamers is aimed at the high GPU pricing problem that Huang Renxun hopes to explain with the death of Moore’s Law.

“Gaming GPUs have become super expensive over the past few years, and you as gamers should be bothered because the gaming community has suffered. Today we’re going to fix that.”

It can be seen from Intel’s presentation that this graphics card is priced at $329 against Nvidia’s previous-generation RTX 3060 graphics card.

In addition, changes in the data center market are also an important indicator of the life-or-death struggle for Moore’s Law.

In the face of such a catch-up, Intel also updated the progress of data center products and technologies at the conference, and built a series of accelerators for the fourth-generation Intel Xeon Scalable processors, which can be activated through the on-demand mode and can be used in the original SKU. Beyond the base configuration, unlock additional combinations of accelerators for artificial intelligence, data analytics, networking, storage, and other high-demand workloads. At the same time, the Agilex FPGA product line has also updated the roadmap, which has improved from logic structure performance to power efficiency. These updates are all responses to Huang Renxun’s “accelerated computing” route, and they will be used to compete for the same group of users.

An increasingly obvious trend is that the competition of chip manufacturers has become intertwined, reaching their respective hinterlands, and is becoming a new all-out war. In a fast-moving battle, no one can be careless—even in the field of their own superior technology. And at least at this level, Moore’s Law still hangs over everyone.

Ema, drugs with ibuprofen and codeine can damage kidneys and intestines: the list

Another year to wait!Apple was revealed to have...