Tencent released the first quarter of 2022 on the 18thperformanceAccording to the report, the company achieved revenue of 135.471 billion yuan in the quarter,net profit(Non-IFRS) 25.545 billion yuan, down 23% year-on-year.

Despite the pressure of structural adjustment in the Internet industry and declining profits, Tencent’s investment in research and development has increased instead of falling.

“Focus on key businesses and insist on innovation” – this keyword first appeared in Tencent’s financial report, revealing the logical changes behind the financial report data.

Looking back on the first quarter of 2022, with the repeated epidemics and the continued decline in stock prices, Tencent, like many Internet platform companies, is at the center of the storm in the capital market.

Tencent also revealed a signal of strategic adjustment in its latest financial report.

“During the challenging first quarter of 2022, we implemented cost control measures and adjusted some non-core businesses, which will help us achieve a more optimized cost structure in the future. and corporate WeChat tools to help Chinese companies and consumers overcome the difficulties of the new round of epidemics and continue to invest in strategic growth areas, including enterprise software, video accounts and international marketsgame. “Tencent said in the financial report, “Looking forward, we will focus on key businesses and insist on innovation under various challenges and cyclical changes, and continue to create value for users, partners and the entire society.” “

The financial report shows thatIn the first quarter of 2022, Tencent’s financial technology and enterprise services segment achieved revenue of 42.768 billion yuan, a year-on-year increase of 10%, accounting for 32% of total revenue.

Serving the real economy has become an important business focus of Tencent. Statistics show that up to now, Tencent has joined forces with more than 9,000 partners to launch more than 400 industry solutions in 30 industries that meet digital needs. Since the epidemic, WeChat Pay has continued to reduce fees and give profits, and has helped small and micro enterprises through actions such as the “Fireworks Plan” and “New Coronary Pneumonia Protection”. A number of initiatives are expected to invest more than 10 billion yuan. 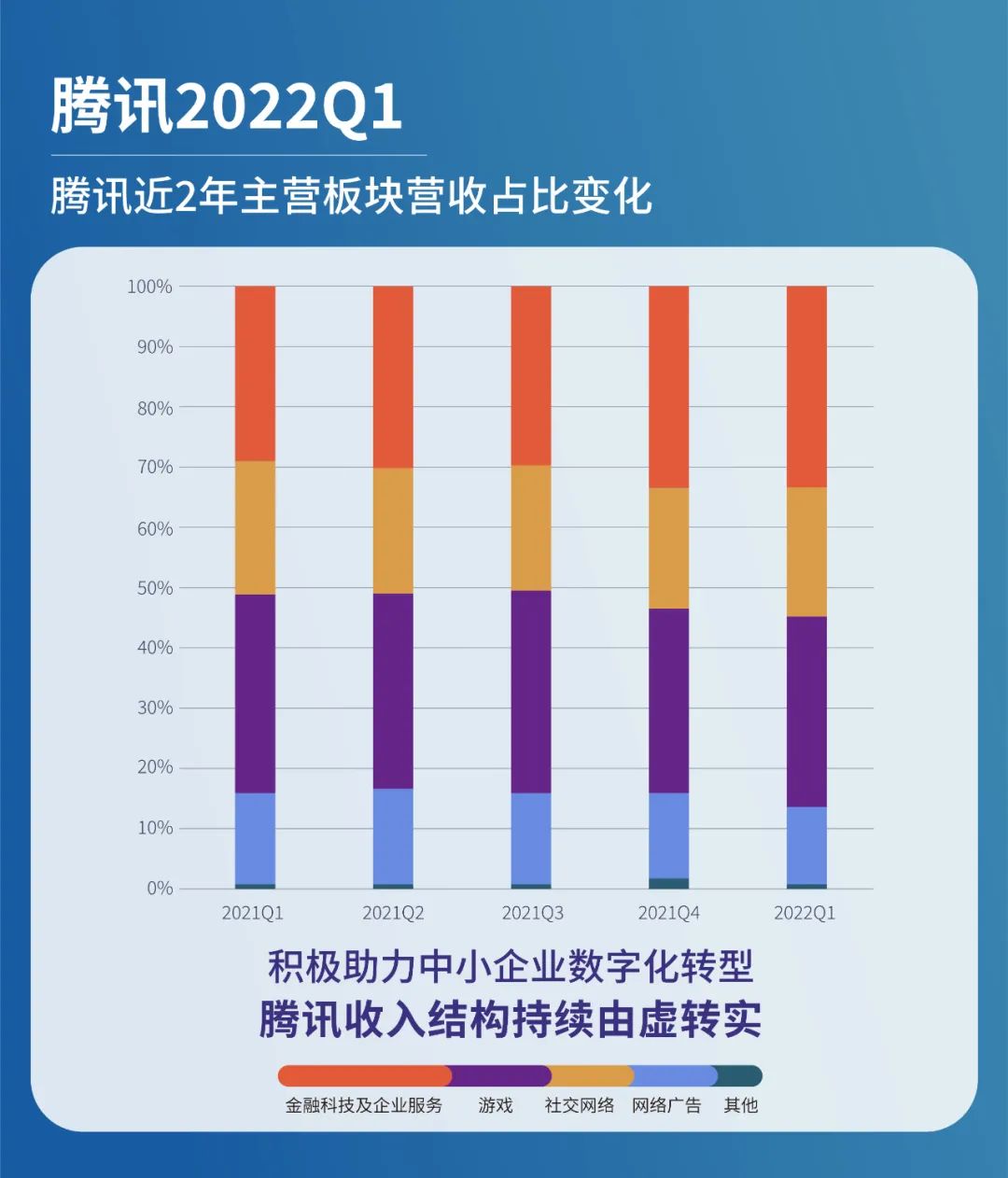 At the level of enterprise service software, the number of registered users of Tencent conference reached 300 million, and the number of monthly active users exceeded 100 million.

But the “adjustment of some non-core businesses” is also reflected in cloud and other enterprise services. The financial report shows that Tencent has refocused on the healthy growth of enterprise services, actively reduced loss-making businesses, and concentrated its resources on PaaS solutions in the fields of video cloud and network security.

However, looking back at Tencent’s key cooperation projects since 2022, Tencent Cloud and industry-leading listed companies have not been impacted in the field of industrial Internet.

On January 8 this year, Tencent Cloud andLinglong tiresHuazhi Intelligent signed the third phase of new retail based on the previous strategic cooperation. The three parties will integrate their superior capabilities and resources toLinglong tiresThe smart marketing platform has been comprehensively upgraded. By building high-level infrastructure such as industry data center and cloud computing base, it has created a digital transformation benchmark for the tire industry and helped the high-quality development of the tire industry.

Interestingly, just before the release of Tencent’s financial report,TeslaSpaceX CEO Elon Musk at an event praised WeChat, which he sees as China’s all-encompassing “super app” where people can basically live.

According to Tencent’s financial report, as of the end of the first quarter of 2022, the combined monthly active users (MAU) of Tencent’s WeChat and WeChat were 1.288 billion, an increase of 3.8% over the same period last year and a month-on-month increase of 1.6%. 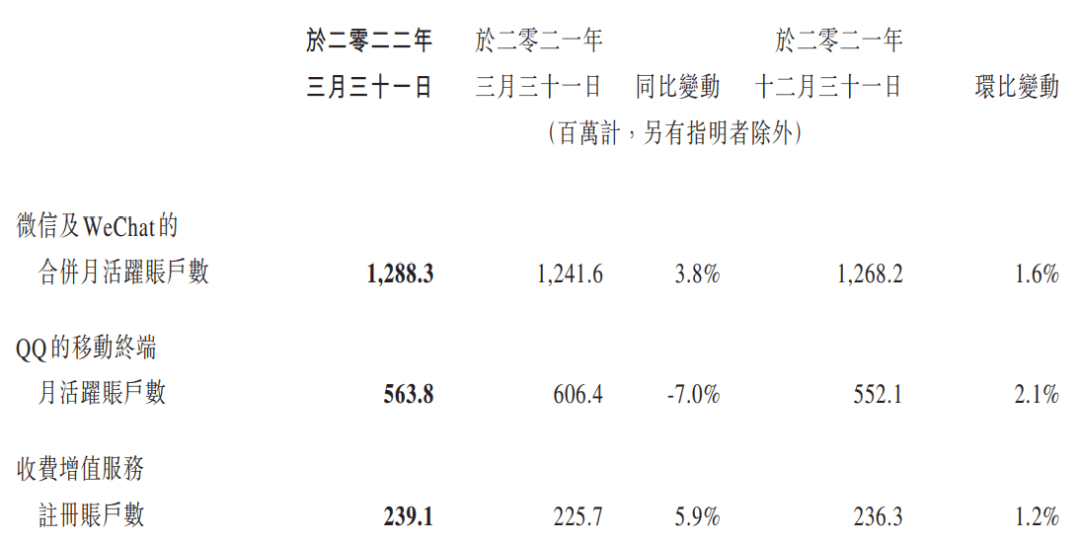 Year-on-year growth of over 25%

During the painful period of performance, Tencent’s pace of promoting the industrial Internet and “digital-real integration” has not slowed down, and it is realizing the transition to high-quality growth through increased R&D investment. 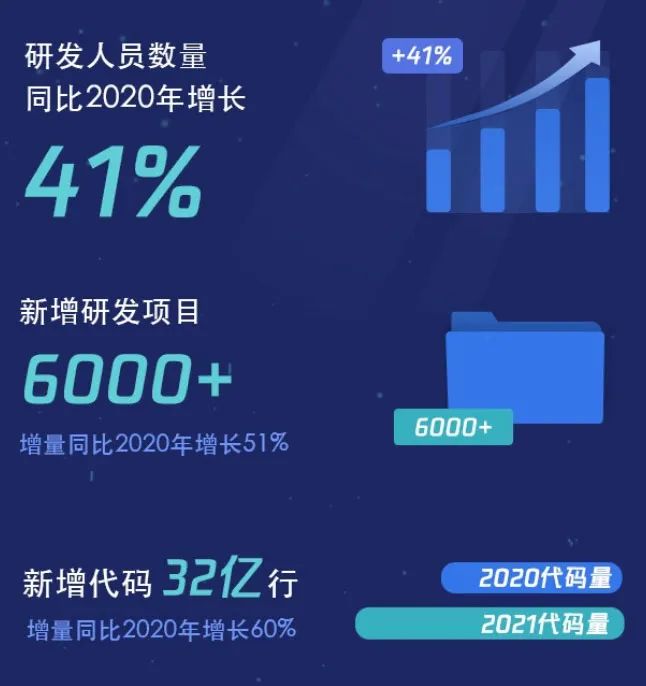 Data shows that in the past three years, Tencent has invested more than 136.5 billion yuan in research and development, and established a complete self-developed system including servers, operating systems, chips, and SaaS. 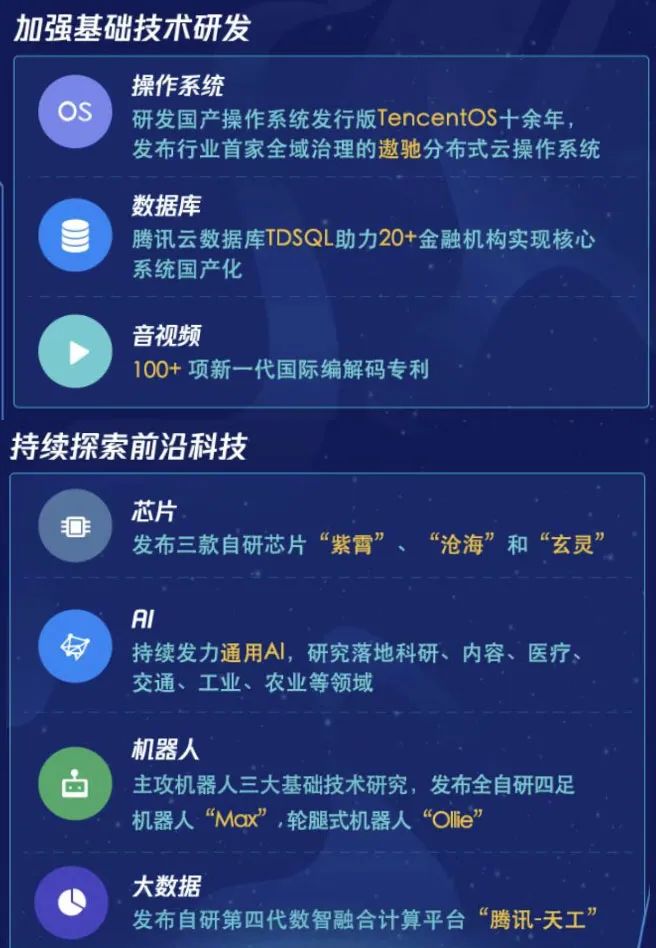 As of April 2022, Tencent has published more than 56,000 patent applications in major countries and regions around the world, and more than 26,000 patents have been authorized, of which invention patents account for more than 90%. 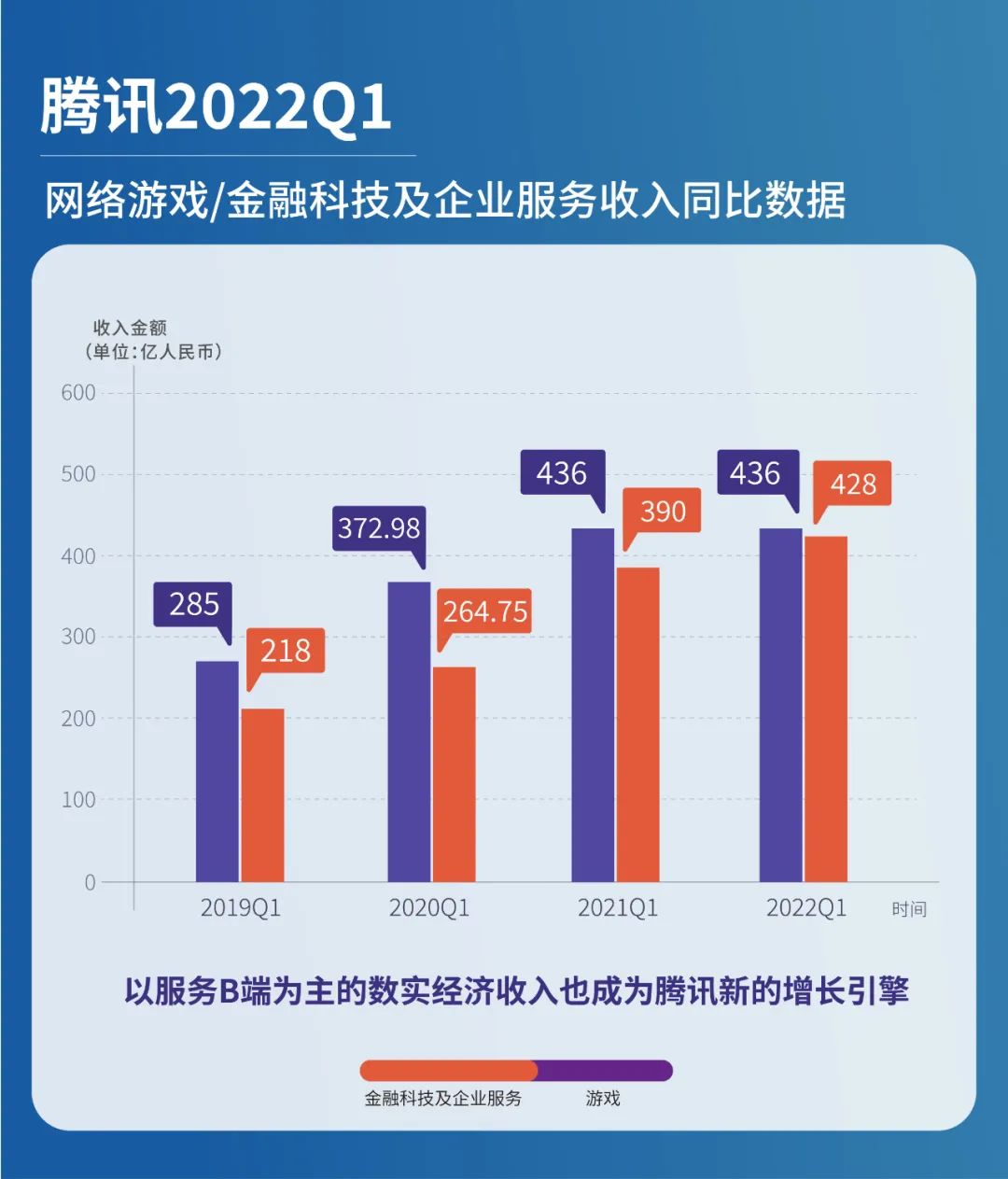 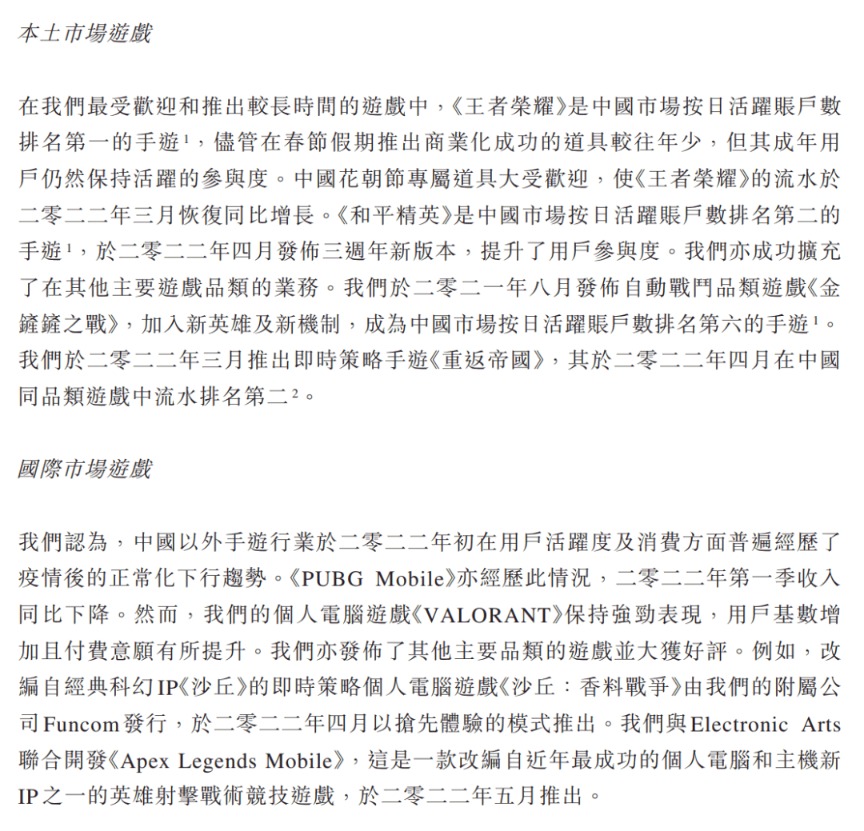 Although the short-term performance is under pressure, the pace of Tencent’s repurchase has not slowed down.

The latest data disclosed in the financial report shows that within the three months ended March 31, 2022, Tencent repurchased 8.8644 million shares at a total consideration of approximately HK$3.697 billion (excluding expenses), which have been cancelled, aiming to increase long-term growth.shareholdervalue. 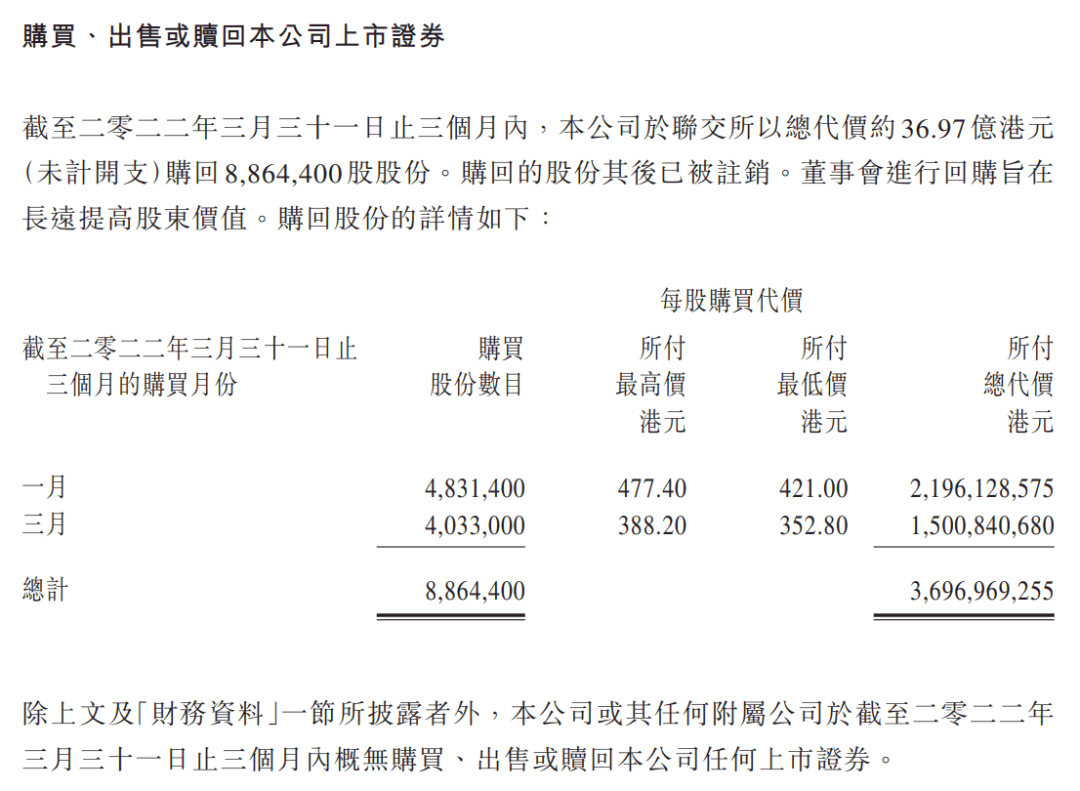 Porsche puts the arrow and surpasses Volkswagen: it...

B20: Sustainability agenda within reach by overcoming liquidity...

The strategic Pole is launched which will bring...

Staking, a new way to make money with...