Home Business The concept of new crown detection broke out again in the afternoon, and many stocks were increased by main funds. This stock rose by more than 48% compared with the beginning of the year.
Business

The concept of new crown detection broke out again in the afternoon, and many stocks were increased by main funds. This stock rose by more than 48% compared with the beginning of the year.

Chinese medicineReleased on the evening of the 9thannouncementthe company withPfizerThe company signed an agreement and will be responsible for the period of the agreement (2022)PfizerCommercial operation of the company’s new coronavirus treatment drug PAXLOVID in the Chinese mainland market. 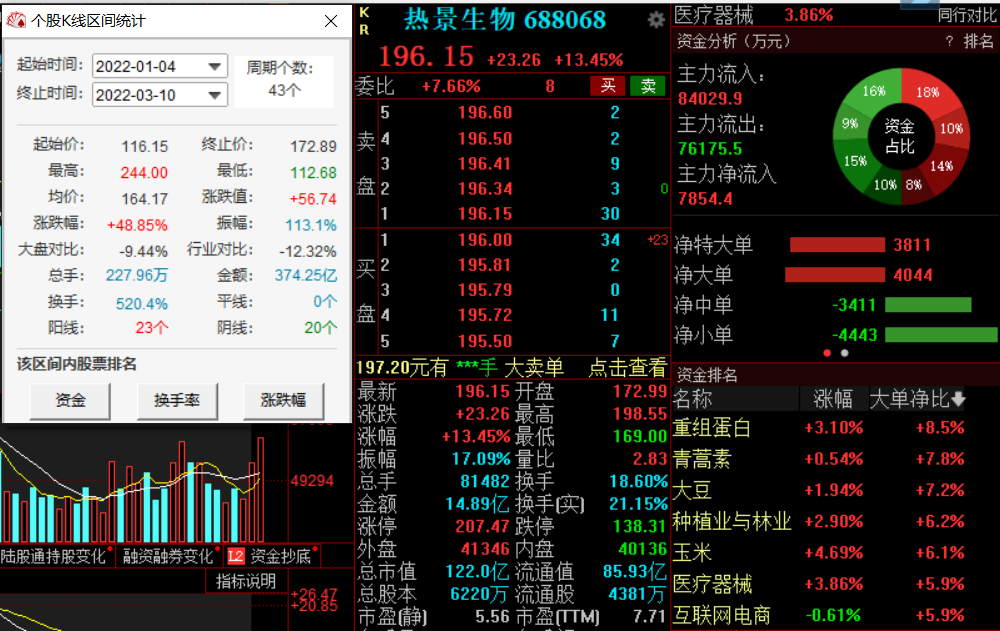 In terms of capital, according to Wind data, among the 27 stocks in the sector, 23 stocks won themain forceAddition of funds, totalnet inflow1.303 billion yuan, of whichWanfu BioObtained the main funds to increase the position of 256 million yuan,Oriental creatures、Cap Bio、Xilong Science、Matilda BioAll received major funds to increase positions exceeding 100 million yuan.

firstsecuritiesIt is pointed out that Pfizer expects the output of Paxlovid to be 6 million courses of treatment in 2022Q1, 30 million courses of treatment in 2022H1, and 120 million courses of treatment for the whole year (performanceguidance of $22 billion). Considering the strong contagion of the new crown, with the increase of approved countries and the advancement of the MPP agreement, the pressure on production capacity will further increase. Calculated based on 15%-20% of the cost of drug production, the corresponding industry chain market size this year is 3.3-4.4 billion US dollars. Domestic small molecule drug intermediates, APIs, preparations and other supply chain systems are stable and mature, and related companies are expected to generate huge profits. Recent CDMO companies Porton ($681 million),Aleigh(481 million US dollars + 2.72 billion yuan) are disclosed to receive large orders, from the amount, time and other details, we speculate that they are all Pfizer Paxlovid orders. With the gradual expansion of production capacity and the delivery of products, companies in the entire industry chain are expected to benefit.

Original title: The concept of new crown detection broke out again in the afternoon, and many stocks received major funds to increase their positions. This stock rose by more than 48% compared with the beginning of the year

Solemnly declare: Oriental Fortune.com releases this information for the purpose of disseminating more information and has nothing to do with the position of this site.

See also  Eight years after its defeat on the GEM, this company will make a comeback!This time focusing on the Sci-tech Innovation Board_Yada

You can share the webpage to the circle of friends