[New Tang Dynasty News, Beijing time, December 05, 2022]Recently, the city of Hangzhou has been “fired” because Dabai broke into the house and forcibly pulled close contacts to quarantine. Now there is news that two days ago Hangzhou had transferred kindergarten children to quarantine overnight, taking away 5 children. Related news was blocked in mainland China shortly after it was released.

On Saturday (December 3), some netizens on the Chinese Internet posted a complaint, “Before the release of the 20 articles, there were transfers and quarantines of children across the country. We endured this, and now all places are gradually letting go, and in December 2022 On the 2nd, Hangzhou, Zhejiang Province was still transporting kindergarten children to quarantine overnight. Is this necessary? Such a small child should be quarantined, I can figure it out!”

At the same time, a video exposed on the Internet showed five buses parked in front of a kindergarten. Netizens broke the news that this is to transfer the kindergarten children to centralized isolation.

Netizens also broke the news that at 18:28 on December 2, the kindergarten sent a notice to the parents of the children, asking the parents to prepare a change of clothes for the children. Each child will be accompanied by a parent, and they will take a bus to the centralized isolation point for isolation at night. 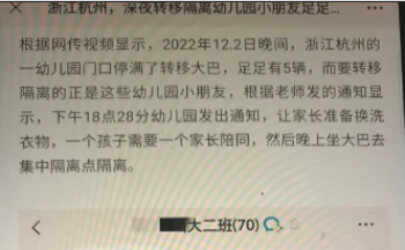 The screenshots exposed on the Internet show that in the WeChat group, some netizens talked about the above news after learning about it. Some netizens sighed: “Such a small child, poor baby!” A netizen posted three angry emojis and left a message saying: “It’s raining outside, such a small baby has to be quarantined.”

At one point, an official account on the portal website NetEase posted the above news and asked everyone for their opinions. The relevant news has now been deleted by NetEase, but through overseas search engines, you can still see the topic of the original report. 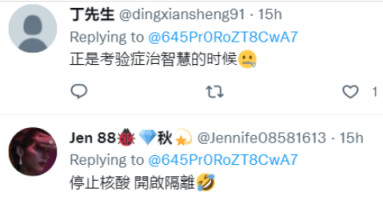 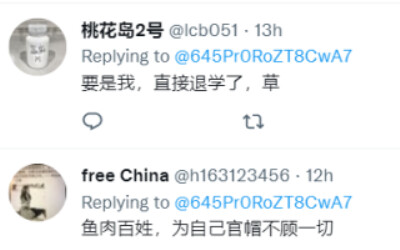 Prior to this, the scandal of Dabai’s violent “law enforcement” just broke out in Hangzhou.

Videos exposed on the Internet showed that a number of anti-epidemic personnel called “Dabai” by netizens broke into residents’ homes, did not show their IDs, and refused to explain that they would take them there for isolation. The men of “Time and Space Companion” cooperated to go to centralized isolation. The person refused to leave without knowing why, and Dabai started to pull the man roughly, cursing and threatening during the period. Many netizens criticized Dabai’s behavior as a gangster.[Related report link: Hangzhou authorities respond to Dabai’s violent law enforcement and then backlash from public opinion]

It is the most cost-effective item to wear...

The classics weren’t racist, even if there are...