Letizia Battaglia and the power of tenderness

After Luca Serianni’s inaugural lesson dedicated to Dante’s Italian, Letizia Battaglia – streaming from Palermo – kicked off the eighteenth edition of the Festival della Mente in Sarzana with a meeting entitled Stories of life. Certainly one of the most meaningful events of the review which, following the common thread of the “origin”, has ranged from the civil wars told by Barbero to the genesis of a song according to Malika Ayane.

Battaglia’s goal was not only to take stock of her photographic activity with the help of Michele Smargiassi, retracing sixty years of loyalty to work, but above all to give a unified meaning to her shots aimed at freedom, art, to culture: «When there is alchemy between you and those who photograph, the unpredictable always happens», he revealed.

Unlit cigarette twirling in your hands, strictly pink hair (“I’ve tried all the colors by now. I won’t know how to dye them next year”), an intelligent and courageous look. Battaglia replies point by point to Smargiassi’s questions, unleashing a shower of open-stage applause from a particularly affectionate audience, who saw his image projected on two side panels of the large gazebo of Canale Lunense.

Which portrait of an author is engraved in the memory with greater pleasure? «The photos for Pasolini are my human capital, I keep them with great dedication. The writer’s memory is practically indelible in me ». And the subject you have most pursued over the years? «The girls and the young girls. Only over time did I realize that I was looking for myself in all the teenagers I photographed. And they are now part of my personality. “ 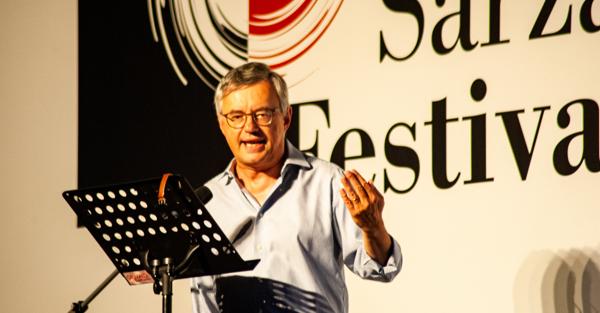 The speech turns soon enough on a burning topic: the mafia. Battaglia has often escaped that outrageous genitive, “photographer of the mafia”. “It was a reporter’s invention. No. It is more correct to say: against the mafia. We have been humiliated by it. I left Palermo when they killed Falcone and Borsellino. I never wanted to shoot in those terrible days. It was too painful. I left for Paris. But I didn’t care about the tumult of the French capital. I was interested in not dying in Palermo. After a year, I came back and life started again ». Smargiassi asks her if it is possible that her photographic narration, even after situations of profound suffering, has managed to find a way to tell beauty. «Yes, I sought beauty with photography. I chased her. The only beauty that exists is, in my opinion, the feeling. In horror you can look for the beauty of the struggle, of trying to change the world in a small way every day. But I would also like to say that tenderness is increasingly necessary. Even today in the body of women I look for the power of tenderness. I want to give tenderness and receive it. It is the best way to defeat violence. I don’t photograph like a man, I photograph like a woman. “The female perspective, indeed the claiming of the importance of a female perspective, in art and in life in general, was the most beautiful cognitive gift and full of consequences that Letizia Battaglia he could leave to his audience. Even if from a distance.