Home News Most of the epidemic prevention restrictions have been lifted. Has Danish society returned to its pre-epidemic state? -IT and health
News

Most of the epidemic prevention restrictions have been lifted. Has Danish society returned to its pre-epidemic state? -IT and health

“After all, the boss has asked to go back to work, and this immediately dragged me back to the past.” Liu Wen, a Chinese living in Denmark, told the CBN reporter. In response to the new crown pneumonia epidemic, how long will it take from the beginning of epidemic prevention measures to the abolition of all epidemic prevention measures (for domestic personnel)? On this question, the answer given by Denmark is: 548 days.

The Danish government recently announced that it will cancel all epidemic prevention measures (for people in the country) and no longer list new coronavirus-related illnesses as “serious diseases that threaten society.”This move made Denmark the first country in Europe to fully restore its pre-epidemic state.

“For these 548 days of prevention and control experience, what impressed me most was the beginning rather than the end.” Liu Wen, who currently lives in Copenhagen, Denmark, told a reporter from China Business News, “If you didn’t ask me, I wouldn’t know the Danish government very well. When did it announce the cancellation of the epidemic prevention measures. Around July, our lives had returned to the peace of the past.”

“Regarding the current life and work of the Danish people, my intuitive feeling is: people are going out more and more activities. On Instgram, everyone began to publish their travel pictures, and the nightclubs in the city were full of people. The boss also asked us. You have to work offline, and the days of working from home are gone forever.” Liu Wen said.

Liu Wen also said that in response to the epidemic, there have been few people wearing masks on the road since July, and only a few sporadic ones can be seen. Prior to this, the requirement for people to show Coronoapas to enter and exit public venues has also been cancelled.

Coronoapas is an important proof of Denmark’s previous free access to public places. If you have been vaccinated with the new crown vaccine, recovered after being infected with the virus, or tested negative for the new crown virus, it will be displayed as a green code in the relevant APP. After September 10, service places such as restaurants and bars have stopped checking green codes. People do not need to wear masks when entering and exiting general places, and the limit on the number of parties has also been lifted.

At present, all restrictions imposed by the Danish government are only for immigrants, who still need to wear masks at the airport and undergo nucleic acid testing on the spot. Only passengers who have a negative nucleic acid test will be released for customs clearance. After leaving the customs, there are no restrictions other than the four-day quarantine at home recommended by the government. 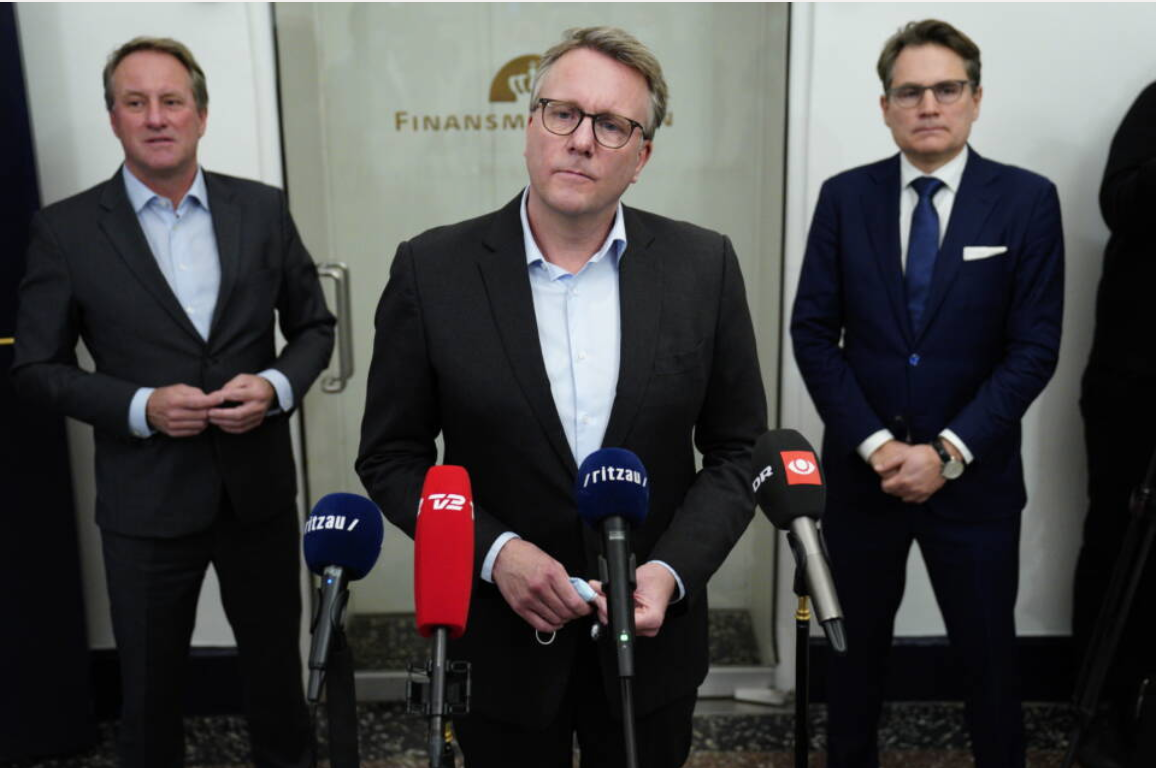 From blockade to gradual restart

In Liu Wen’s view, the epidemic is no longer the headline news in Denmark, and all this is in sharp contrast with the spring of 2020.

“In Europe, the epidemic first broke out in Italy, and then spread to Germany, France and other countries. Afterwards, the Nordic countries were also recruited. When the epidemic first broke out in Denmark, we all went to the supermarket to buy it, and we were lucky enough to grab it at the time. The last bag of meat in the supermarket. At that time, there were a lot of things in the refrigerator at home for emergency.” Liu Wen said.

“We didn’t know how the epidemic would develop, nor what would happen the next day. At the same time, we were also worried that the company’s business might be affected by this, so everyone was very nervous,” she said.

Subsequently, the epidemic intensified in Denmark. On March 11, 2020, the cumulative number of confirmed cases of new coronary pneumonia in Denmark has reached 514, nearly double the previous day. Danish Prime Minister Frazer Rickson said on the same day that we will enter a new stage of fighting the epidemic, and everyone’s behavior is essential to curbing the development of the epidemic. In the following days, schools were closed one after another, and the Danish government also implemented border controls.

See also  The opening ceremony of the Tokyo Olympics shrinks, and TV ratings in the United States hit a 33-year low-IT and Sports

However, such days did not last long, and the Danish government started the “resumption of work and classes” in mid-May. The retail, catering, cultural and sports industries reopened their doors for business, and schools began to resume classes in an orderly manner.

“In July last year, Europe ushered in the first peak tourist season after the epidemic. I think there will be signs of a restart in life at that time.” Liu Wen said, “But it should also be noted that the restart process will not happen overnight, but will start gradually. For example, people can only eat in the open-air restaurant at first, and then they can have long-distance meals indoors, and then the number and density of dinner parties will gradually increase.”

Liu Wen said that the prevention and control of the epidemic has been gradually relaxed in this way. “Take our company as an example. After the city was closed last year, some of them took turns to resume work. Every Monday and Friday, medical staff came to the company for nucleic acid testing. After the end of August last year, the company would no longer provide such services. If we find ourselves If you have symptoms of fever or cold, you should do the test yourself. Now, the prevention and control of the epidemic is mainly based on consciousness.” 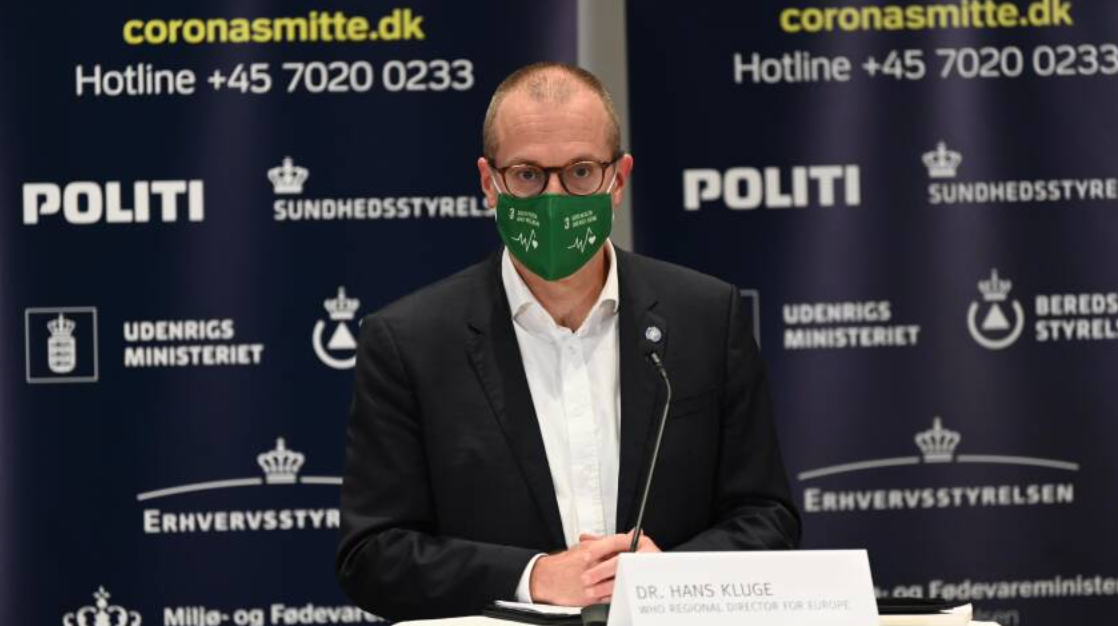 The Danish Minister of Health Hojnik said that due to the vaccine and the efforts of all the Danish people, the Danish Ministry of Health decided at the end of August this year not to list the coronavirus disease as a “serious disease threatening society.” This decision is based on the high rate of new crown vaccination and the low rate of death from new crown pneumonia.

Longgren, a professor at Copenhagen University Hospital and a well-known infectious disease expert, also said that facts have proved that the new crown vaccine is an effective tool against the virus.

Liu Wen told a reporter from China Business News that the Danish government’s vaccination procedures are also being advanced step by step and in an orderly manner. “The government divides people into different groups according to their age. People over 65 are at high risk. They are the first to be vaccinated. I belong to the 30-40 year old group and are considered the most resistant, so I get vaccinated last. 6 In July and July, I received two shots of the new crown vaccine. At present, my group has almost been vaccinated.”

See also  Experts in this round of effective control of the epidemic in mainland China: vaccination has a clear effect-Chinanews.com

According to data from Johns Hopkins University in the United States, more than 73.91% of the entire Danish population has completed the entire course of the new crown vaccine.

Liu Wen said that in recent months, there has been no run on the Danish hospital. However, the Danish government does not encourage all cases of new coronary pneumonia infection to go to the hospital for medical treatment. For mild cases, they may emphasize self-healing.

Liu Wen believes that the per capita enjoyment rate of medical resources in Denmark is relatively high. OECD data shows that every 1,000 Danes can have 2.6 beds, which is higher than that of the United Kingdom, Sweden and other countries.

However, the Danish government is also vigilant about how to deal with the epidemic in the future. Hojnik said on August 27 that Denmark has not yet completely gotten rid of the epidemic and the government will resume restrictive measures when necessary.

Longgren also said that if the number of new infections in Denmark surges, the government will again take restrictive measures.

But in Liu Wen’s view, at least for now, life is back on track.

“After all, the boss has asked to go back to work, and immediately dragged me back to the past.” She said.

(At the request of the interviewee, Liu Wen is a pseudonym)

cnBetaIT and healthMost of the epidemic prevention restrictions have been lifted. Has Danish society returned to its pre-epidemic state?
0 comment
0
FacebookTwitterEmail
previous post

After the Prosek case, the government thinks about the task force for the defense of PDOs

Ivrea, tears up posters all over the city...

Liu Hongshe, the newly appointed Secretary of the...

Conegliano, thieves in action in the Venetian villa....