Zhou Hongyu (right) and Li He in the game

The Asian Games Chinese Go Team Trials were held in two stages. The women’s team participated in the selection of the champion and runner-up of the latest international and domestic competitions and a total of 14 members of the national women’s team of the year. Among them, the top four domestic chess players directly entered the first place. Stage two. In the first stage, Chen Yiming, Rui Naiwei, Wu Yiming and Li He advanced. They competed with Yu Zhiying, Zhou Hongyu, Wang Chenxing and Lu Minquan in the second stage for a total of 14 rounds of competition, and 4 Asian Games places were decided. 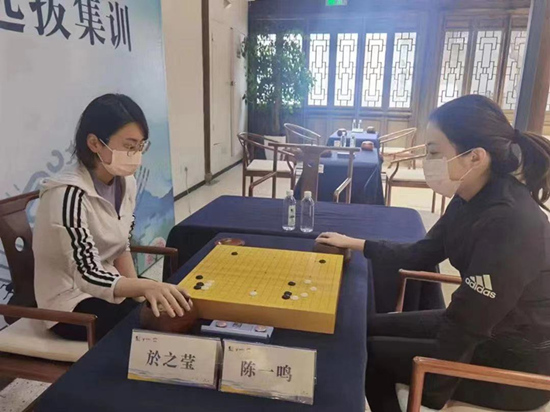 After the 13th round yesterday, Yu Zhiying won 9 wins to qualify ahead of time, and Li He, who won 8 wins, also qualified early due to his small points advantage. The remaining 2 places are created between Lu Minquan, Zhou Hongyu and Wu Yiming. In the last round of today’s game, Zhou Hongyu captured Li He and won 9 wins, and Wu Yiming defeated Lu Minquan. In the other two unrelated matches, Yu Zhiying defeated Chen Yiming and Rui Naiwei defeated Wang Chenxing.

Beware of bugs in the Google Messages app!It will make the Android phone get hot and the battery will run out

Ercole Baldini died: he won the Olympics, the...

A rematch between eagles and flags: Switzerland-Serbia still...

Milan, Ibrahimovic close to returning: “The calm before...