Home World G7 may restrict the import of Russian gold, many countries send a new signal of gold
World

G7 may restrict the import of Russian gold, many countries send a new signal of gold

Original title: G7 may restrict the import of Russian gold, many countries send a new signal of gold, and things have changed

According to data released by the U.S. Commodity Futures Trading Commission (CFTC) on June 28, as of June 21, the net long position of COMEX gold futures held by hedge funds increased by 15,154 contracts to 69,137 contracts.Among them, short positions decreased by 8957 contracts to 61394 contracts. The analysis indicated that if the U.S. economy really fell into recession, the Federal Reserve would be forced to slow down and shrink monetary policy, which would trigger the next round of gold’s rise. At the same time, the G7 would restrict imports from Russia. gold, which may also be truegold priceSoaring is favorable. 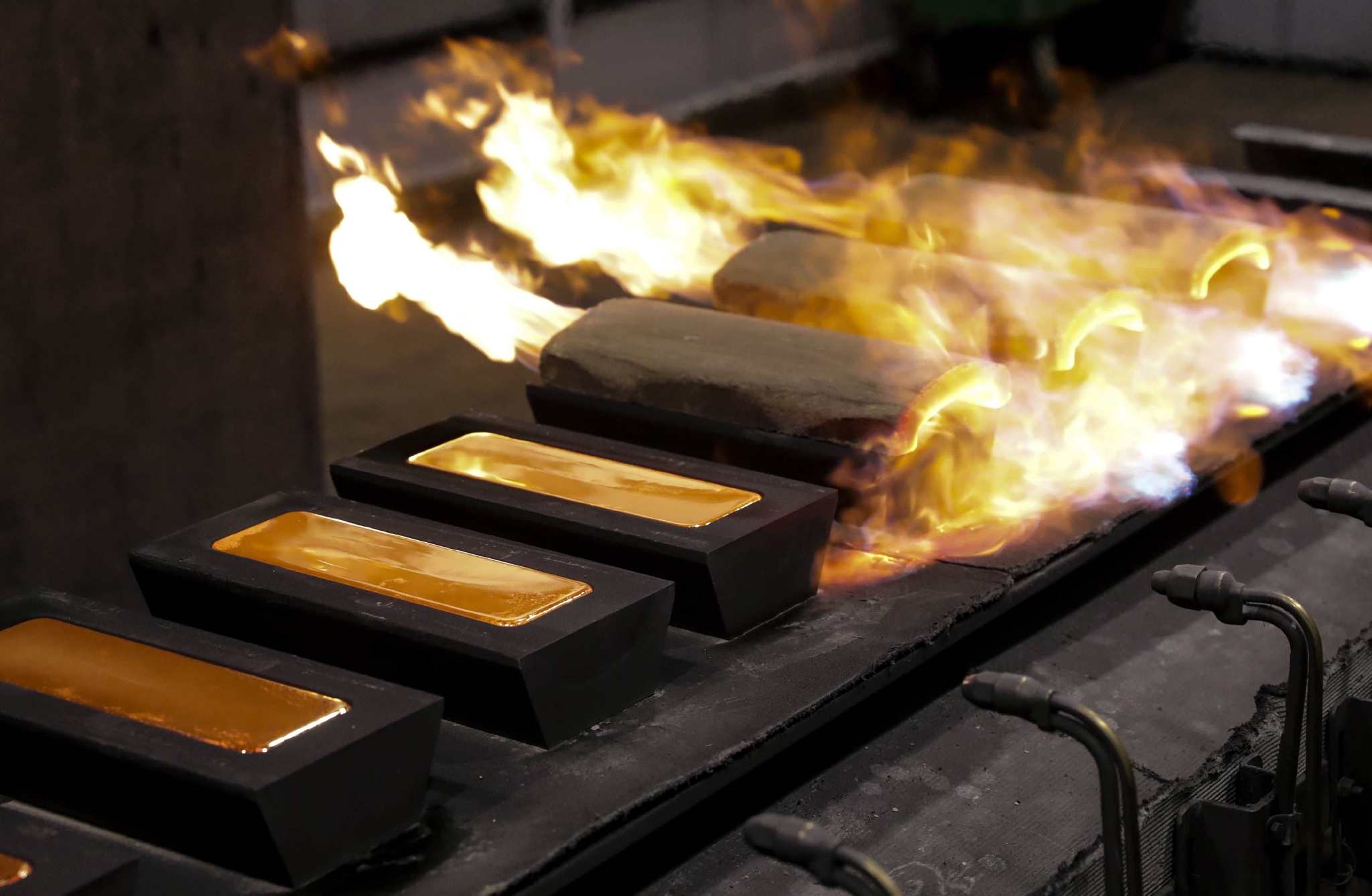 In the past 4 months, we have written many articles on global central bank holdings of gold and monetary policy, and the research team of BWC Chinese website analyzes how the new crown virus event and high inflation will affect the US economy and the dollar contraction According to the explanation of Bridgewater founder Ray Dalio a week ago, when the actual returns of U.S. risky financial assets deteriorate, it is best for everyone to choose gold and assets with stable returns.

Then, the World Gold Council’s survey report released on June 23 also stated that global central banks are increasingly expecting that the dollar will continue to lose its status, and they expect that “in the next five years, the role of gold and the renminbi will become more and more important. 46% of respondents expect the share of gold in foreign reserves to increase, and 82% of respondents expect the share of renminbi to increase in foreign exchange reserves.” 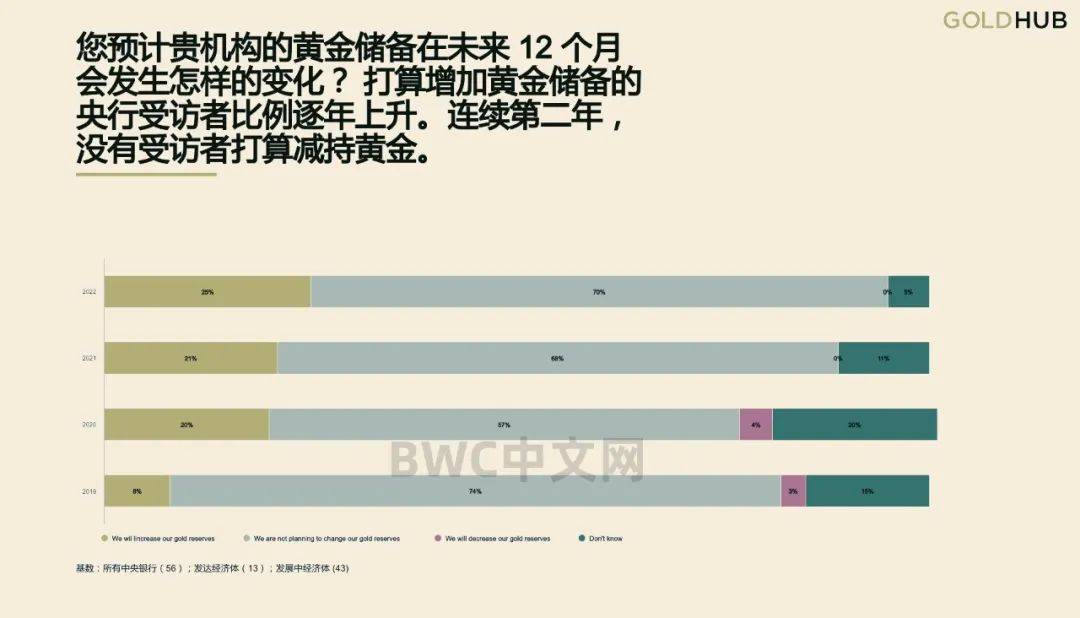 According to the explanation of Sprott CEO’s research report published on June 25, the current macro environment of the US economy is the cashing of debt deficits and the devaluation of the dollar, although the Federal Reserve believes that through monetary tightening policies (interest rate hikes and balance sheet shrinking) can Control the value and status of the U.S. dollar, but human monetary history tells us that they can’t control it, and the Federal Reserve can’t print gold. For example, at present, Americans have begun to rush to buy and hoard gold and gold coins to hedge against high inflation and the decline in the purchasing power of the U.S. dollar is the best For example, the American public began to doubt whether the dollar could continue to serve as a long-term store of wealth. 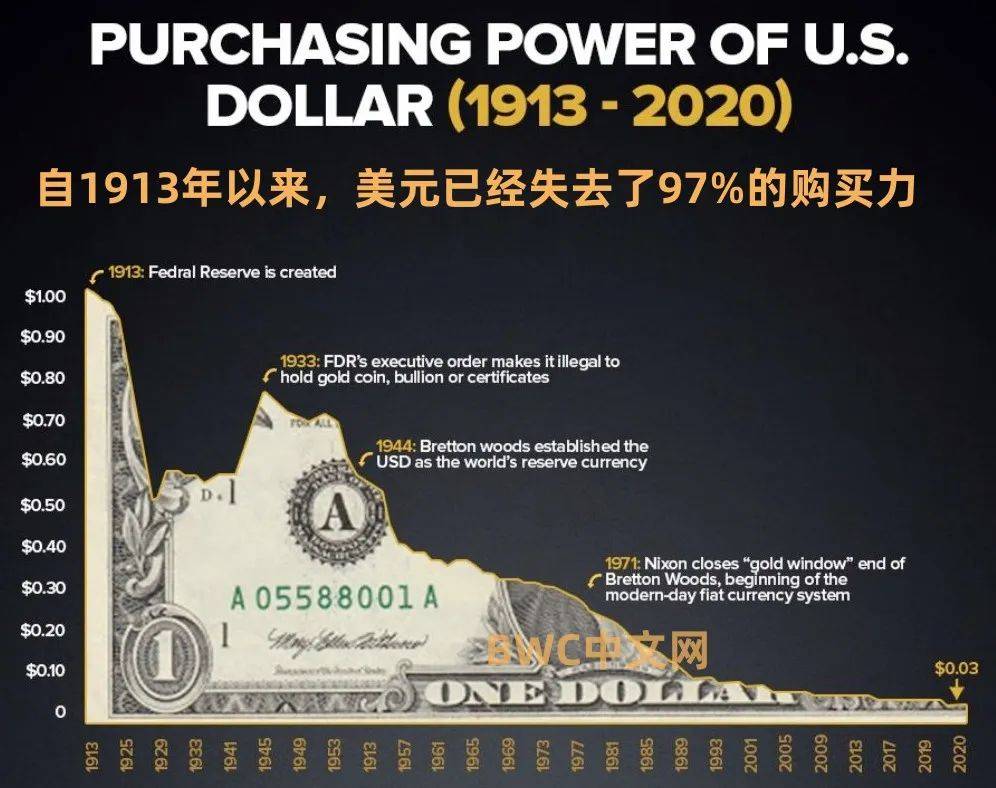 According to a report released by the World Gold Council on June 23, U.S. Mint data showed that U.S. gold coin sales totaled $365 million (199,000 ounces) in May, and annual sales are expected to be the largest U.S. gold coin sales since 1999 (2.1 million ounces). The year with the highest sales. 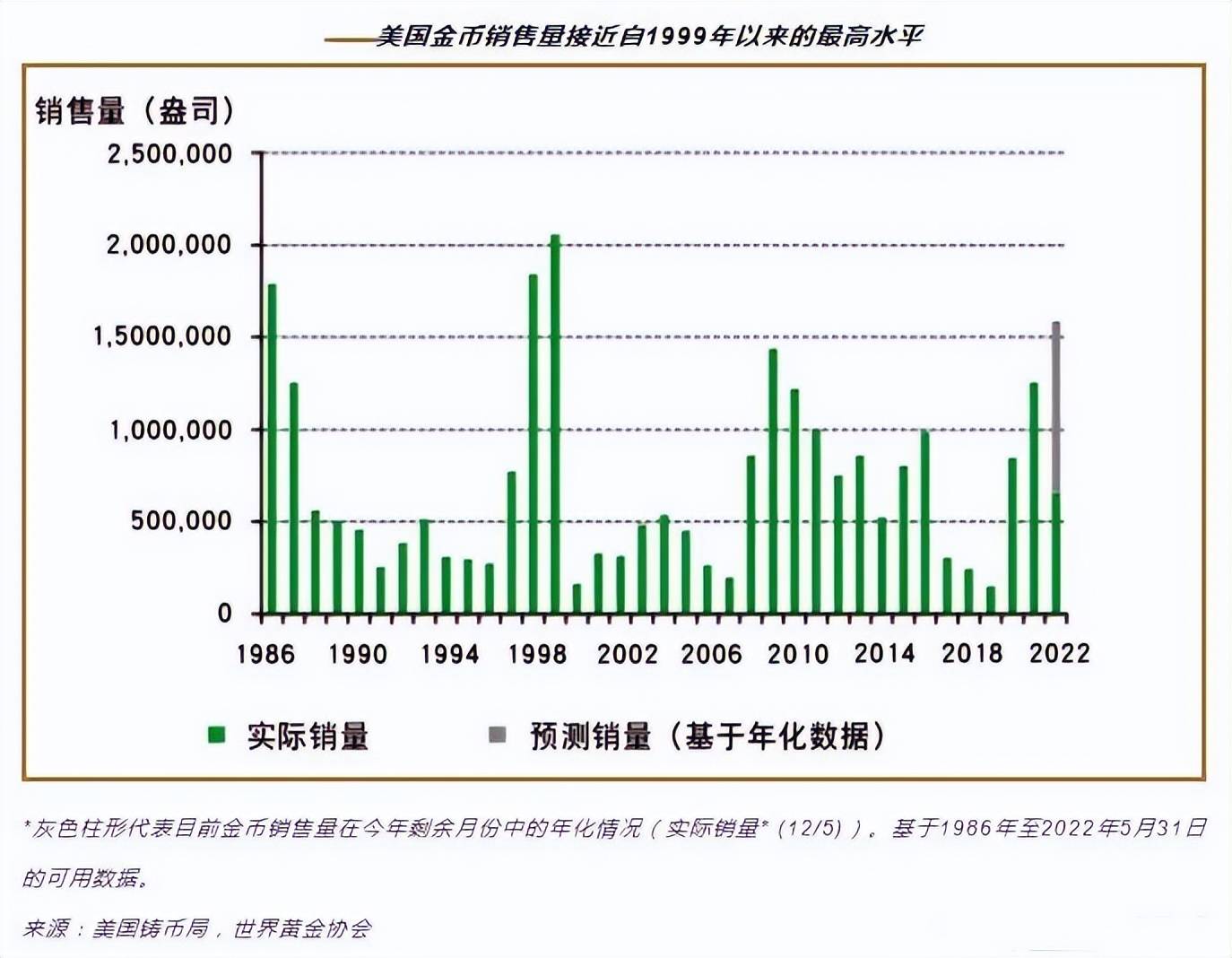 The above analysis also shows that gold will play a safe-haven role at this time, because the current macro environment of US monetary policy is to use high inflation to monetize its trillions of debt deficits, and the Federal Reserve cannot print gold. These show that gold’s natural value means of storing wealth is returning from the edge of the historical perspective of currency, which also requires readers and friends to pay attention.

From this perspective, for an economy, gold is the credit support of its currency and a guarantee against the devaluation of its own currency, while for individuals, gold is a store of wealth, which preserves wealth for generations, and has been around since 1971. Since 2010, the United States has announced the decoupling of the US dollar from gold. Since the disintegration of the Bretton Woods system, gold has been demonetized for nearly 50 years. Although the global currency attribute of gold has gradually decreased, its financial attribute has gradually developed. 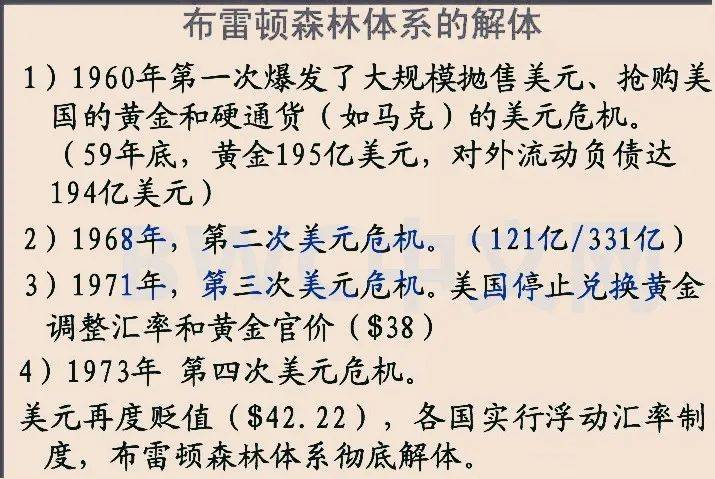 The chairman of First Mining Gold said that as U.S. debt increases and inflation rises, a currency reset phenomenon in financial and currency markets is expected to occur, which may be linked to digital currencies backed by strategic resources such as gold, which is also in line with current trends.

According to the US financial website ZeroHedge last week, citing a proposal (HB2123) put forward by the state of Kansas, the state will recognize gold andsilverAs legal tender, making it on par with the U.S. dollar, we also note that in addition to Kansas, Wisconsin, Idaho, Tennessee, Arizona, Maine, and Virginia are also legislating to make gold and silver comparable to the U.S. dollar. The legal currency that the US dollar keeps pace with, is even more surprising to investors in the global market, because this is a new signal that American consumers do not trust the US dollar and are keen on gold. 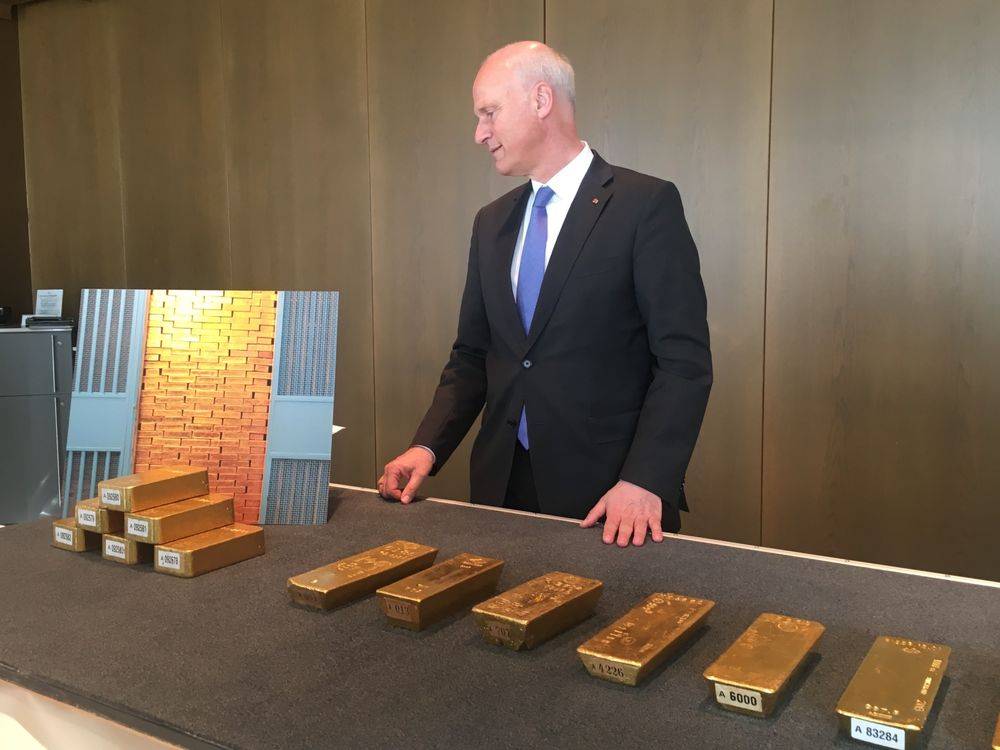 The above shows that gold still plays the role of a trust anchor in the global currency and financial system, hedging the risk of US dollar exposure and the US economic recession. People around the world are re-examining the financial attributes and credit value of gold. Obviously, Gold is no longer just a marginal asset or investment product. This can be observed from the wave of many countries returning gold stored in the United States, but the latest news recently surprised investors, and things have changed.

According to Zerohedge’s earlier follow-up report, thousands of tons of gold may have arrived in the Chinese market since global central banks did not report some data on the acquisition of gold reserves to the IMF or the World Gold Council, including foreign media and international gold analysis. The first person, Alasdair MacLeod, also speculated that China hoarded 20,000 tons of gold between 1982 and 2003, and is likely to exceed 31,000 tons at present. This graph shows research house estimates of total gold holdings in the Chinese market between 1994 and 2020. 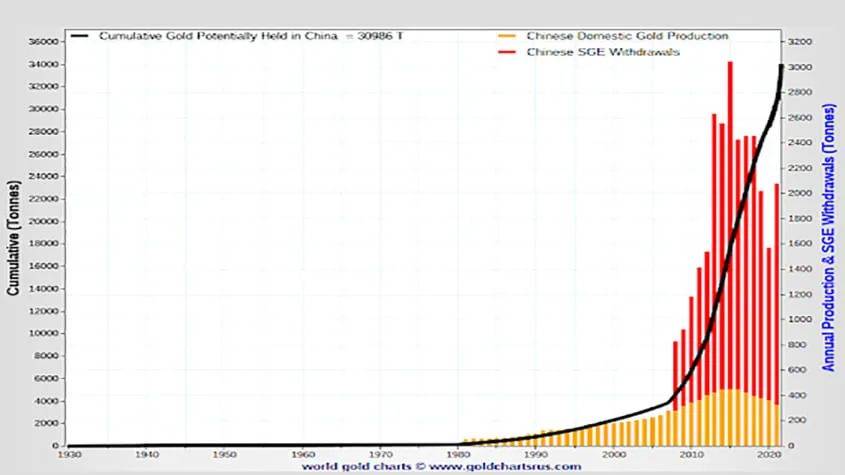 At the same time, since 1950, the gold stored in the New York vaults has not been audited, and some institutions have been suspecting that the Federal Reserve may have sold or leased most of the gold through futures gold for returns. RT’s tracking report stated that the Federal Reserve may have blocked several countries including Germany, China, Turkey, Venezuela and other countries’ requests to return or review gold. 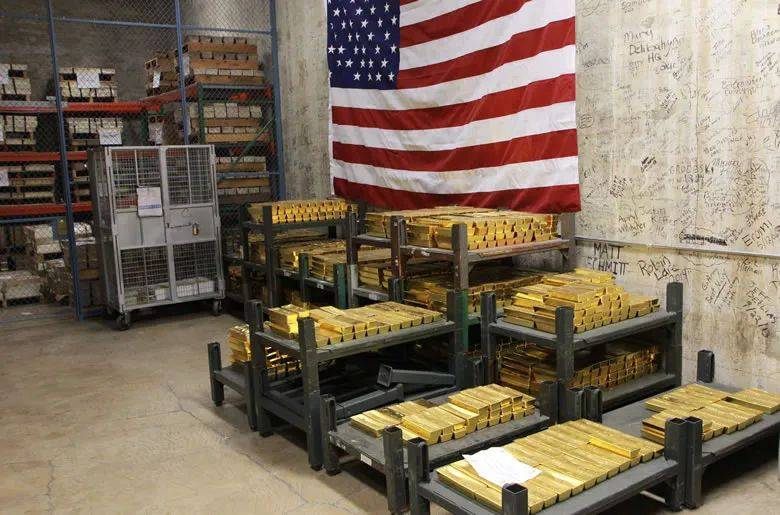 However, the foreign media said that the ownership of these golds is very clear, so the United States will not risk its own national credit, let alone refuse countries or dare not prevent countries from returning their own gold, that is to say, the United States must maintain Its status as the world’s main reserve for the US dollar will not allow the insecurity of gold reserves to occur.

The latest development of the matter is that France has announced in April this year that all gold has been shipped back from abroad. In the past two weeks, the Italian and Dutch central banks have also announced that they will soon transfer most of their gold to the central bank’s cash center. And clearly expressed support for the gold standard.

In ounce terms, at the end of May, China’s gold reserves were 62.64 million ounces (1948.32 tons), which remained unchanged for 34 consecutive months, but from December 2018 to September 2019, China broke its silence for 10 consecutive months. Nearly 106 tons of gold were purchased, and this is a surprise to the market about China’s rapid import of gold from 2021. 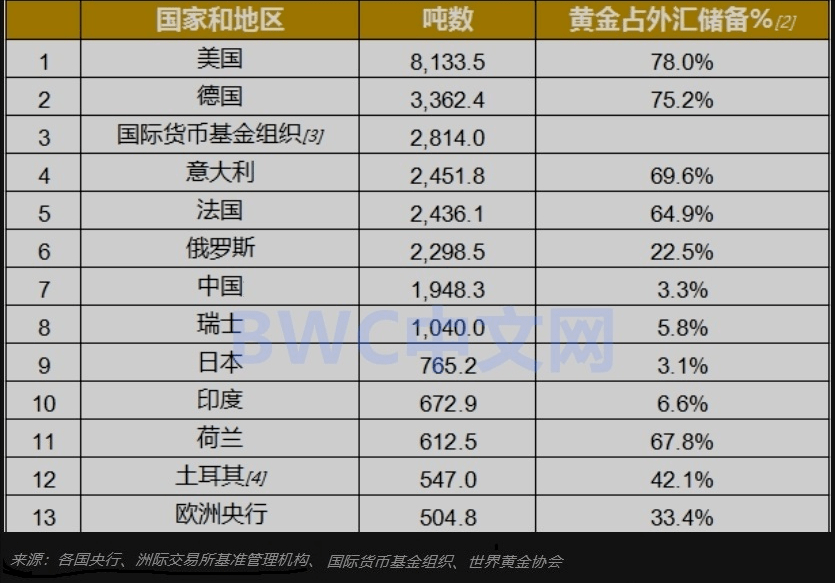 In this regard, Lian Ping, chairman of the China Chief Economist Forum, believes that considering that China’s economy is now 76% of that of the United States, China’s gold reserves account for only 3.4% of foreign reserves, far lower than the United States and Germany. The level of developed countries (60%-80%) and many emerging market countries, therefore, China’s gold reserves should at least gradually increase to more than 5,000 tons, and at this juncture, things suddenly changed. 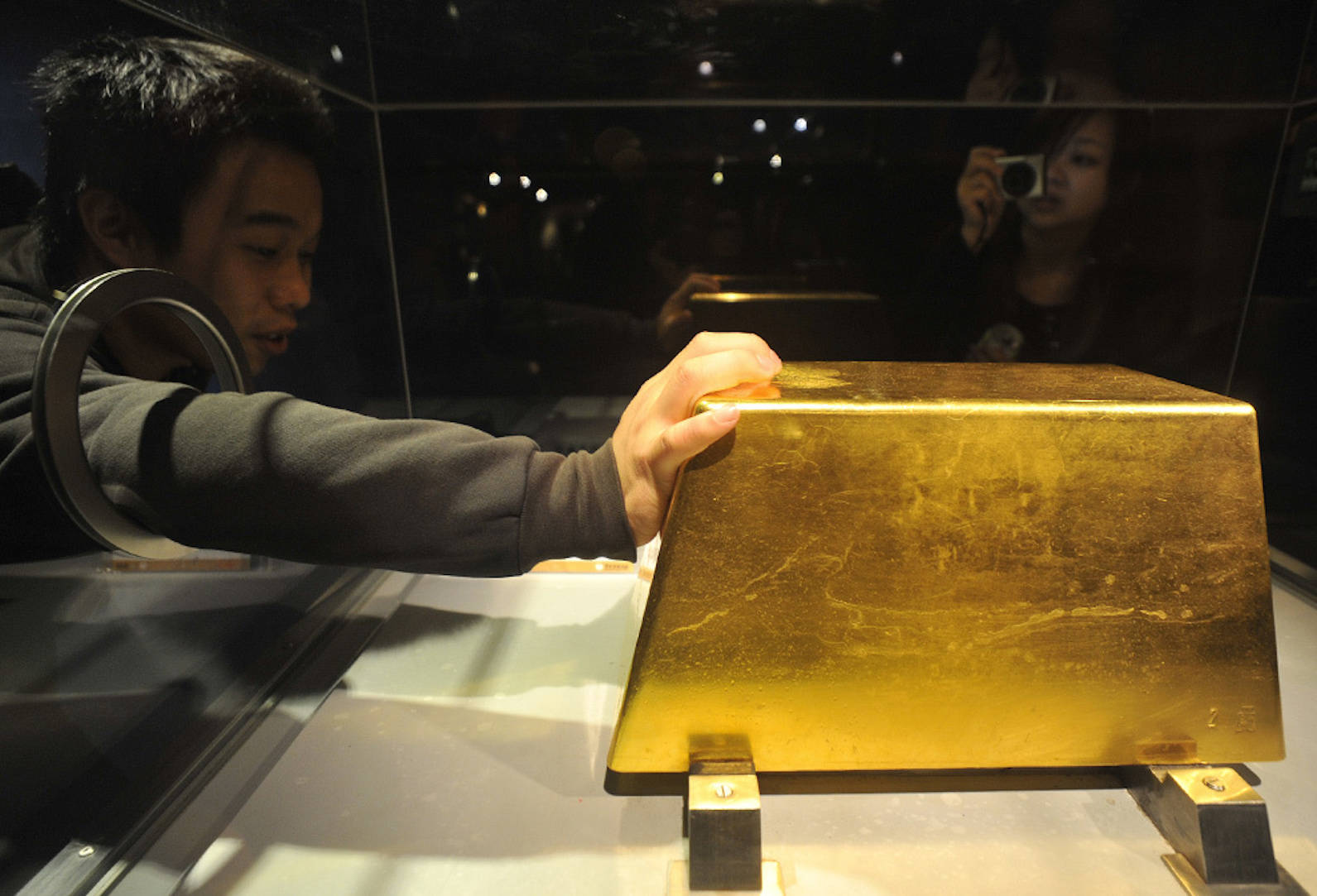 According to a follow-up report by ZeroHedge on June 20, a West Virginia congressman named Alex Nooney (ALEX NOONEY) once again submitted a new bill to the House of Representatives to try to convert the U.S. currency. The system reverted to the gold standard. 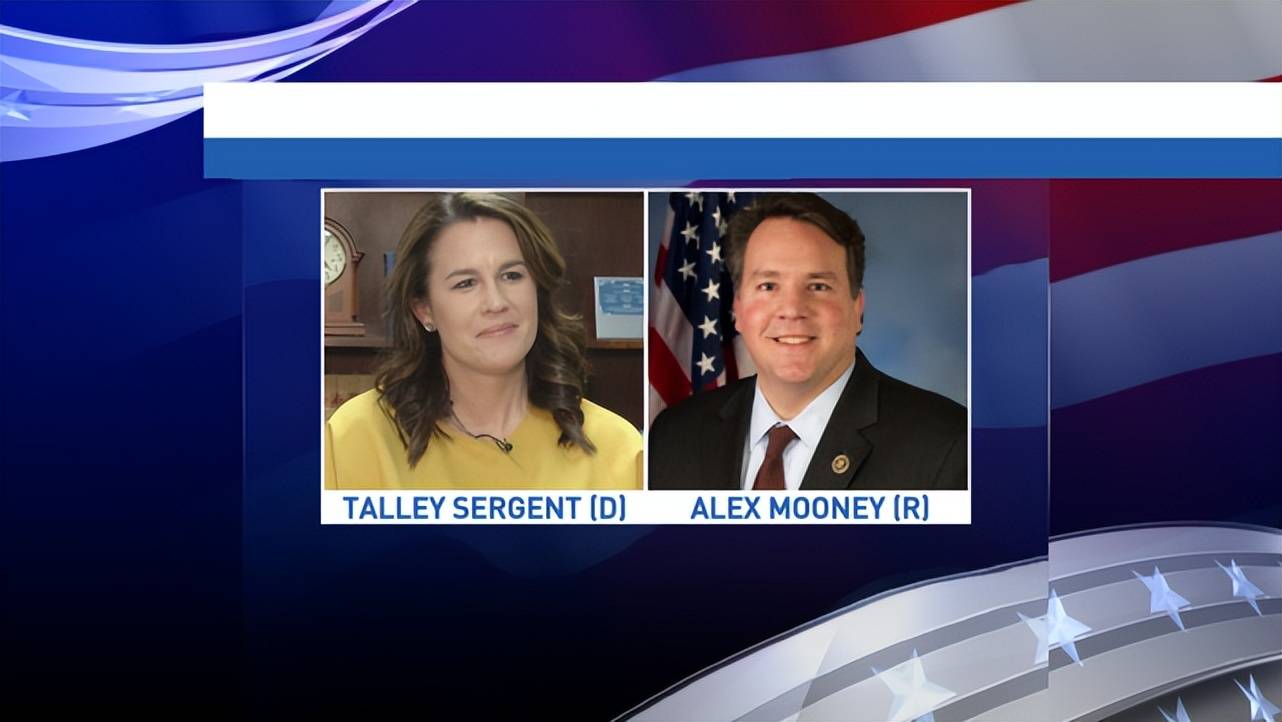 Then, Alex Mooney once again put forward a proposal to the U.S. Treasury Department to review the Gold Reserve Transparency Act (HR2559), requiring an open and transparent physical audit of gold stored in the United States by countries.

We have noticed that this is also the first time in nearly 50 years that a U.S. congressman has proposed a proposal to conduct a physical audit of the U.S. gold reserves. Although we have not yet seen the latest news on whether this proposal has been responded to, the silence has been broken in many countries. In the context of continuing to send out new gold signals and de-dollarization, the significance of the official’s proposal itself is worth paying attention to. This is the trump card that has been accumulated by many countries around the world for nearly half a century. Whoever owns more gold is likely to formulate rule.

The CCP’s military exercises are in full view....

The tiankeng in the Chilean mining area: 25...