Headquarters reporter observation丨Over 80% of the average daily oil production was looted, and the illegal U.S. troops stationed in Syria made the Syrian people miserable – yqqlm

Since the U.S. and its supported rebels occupied the territory of northeastern Syria and controlled 90% of the oil fields in Syria, it is not uncommon for the U.S. to illegally stationed troops to steal and transfer Syrian oil. But recently, the U.S. military’s theft has become more rampant. In the first half of August alone, the U.S. military used nearly 500 oil tankers and at least six times to steal oil from Syria. This directly caused the Syrian people to face the plight of no oil available, which greatly exacerbated the humanitarian disaster in Syria.

The Syrian Ministry of Petroleum and Mineral Resources previously announced that more than 80% of Syria’s average daily oil production was plundered by the US military and its allies. Therefore, Syria, once an oil-producing country, now has to rely on imports to meet demand, which also means that there are problems such as insufficient energy supply in Syria and rising oil prices with international oil prices. The consequences of the illegal U.S. troop theft must be borne by every Syrian who has suffered from the war, making the lives of the Syrian people vulnerable.

Mustafa, who runs a fruit and vegetable stand in the central Syrian city of Homs, told reporters that with the rise in oil prices, the cost of each delivery of vegetables has doubled, but he is reluctant to increase the price of fruit and vegetables because people Income is too low to afford. Now his income from getting up early and staying up late all day is only enough to satisfy his food and clothing.

Mustafa, a Syrian fruit and vegetable merchant: If (the United States) returns the oil fields to us, then the situation will be better, it will be the same as before, the prices will be cheaper, then people will at least be able to afford food and business will be better. It’s very poor now, and now we only have enough income to buy a day’s staple food, sometimes not enough. Life in Syria is too difficult.

Ayam, a carpenter, is also plagued by energy problems. Holmes has extremely limited power supply hours a day, and the machines that cut and grind wood cannot run. He tried to use generators, but the shortage of diesel supply is another problem. He told reporters that after the war, people wanted to rebuild their destroyed houses, but the occupation and looting of the US military thwarted their wishes. 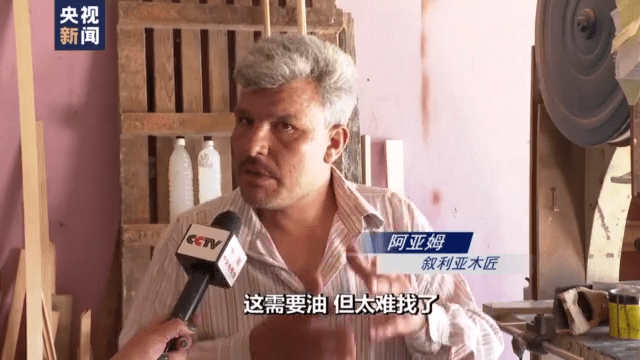 Syrian carpenter Ayyam: The power outage has been too long, we can’t wait that long. Sometimes there is a call and sometimes there is no call, so a generator is needed, which requires oil, but it is too hard to find. People want to go back and fix their houses, but they can’t. 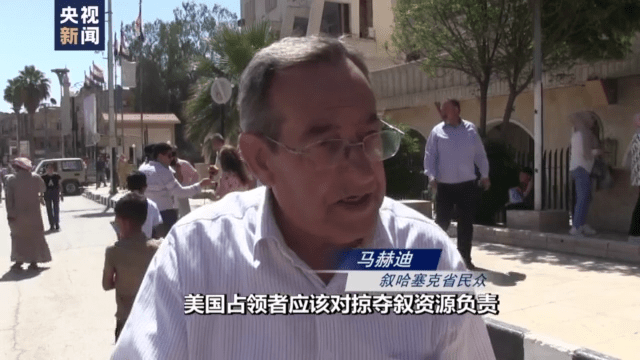 Mahdi, a citizen of Hasakah, Syria: The American occupiers should be responsible for plundering Syrian resources. We demand that the United States withdraw its troops from Syria as soon as possible. 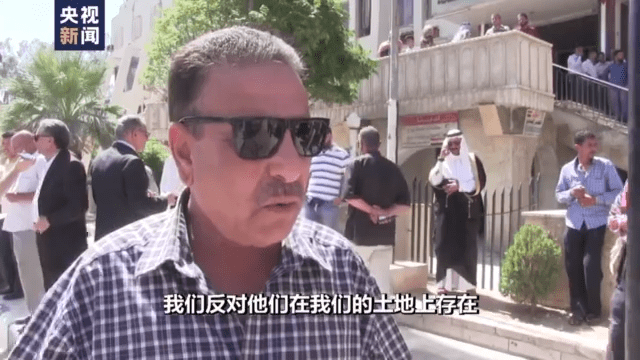 Abdullah, a citizen of Syria’s Hasakah Province: The US military is here to plunder oil, grain and other resources. We are against their presence on our soil, they are unwelcome in the Northeast and all Syrian territories.

During his inspection in Liaoning, Xi Jinping emphasized that he will show greater responsibility and act in the revitalization of Northeast China in the new era and strive to create a new situation for the revitalization and development of Liaoning – Ministry of National Defense

The “Game of Thrones” of Russian power, from...

Zelensky signed a resolution not to negotiate with...

Alessia Piperno detained in Iran: contacts between the...

The Belgorod submarine moves: photographed by satellites in...

The 2022 Nobel Prize in Chemistry was announced....