Refugee ship capsized while crossing the English Channel, causing 27 deaths, Britain and France blame each other

Original title: Refugee ship capsized while crossing the English Channel and killed 27, Britain and France blame each other

(Observer News) A new tragedy has been added to the European refugee crisis that has lasted for many years.

According to British Reuters and French Le Figaro, a refugee ship carrying 34 people capsized in the English Channel on November 24, local time. At least 27 people have been killed. In the face of this tragic accident, Britain and France on both sides of the English Channel have voices criticizing each other for “irresponsibility.” 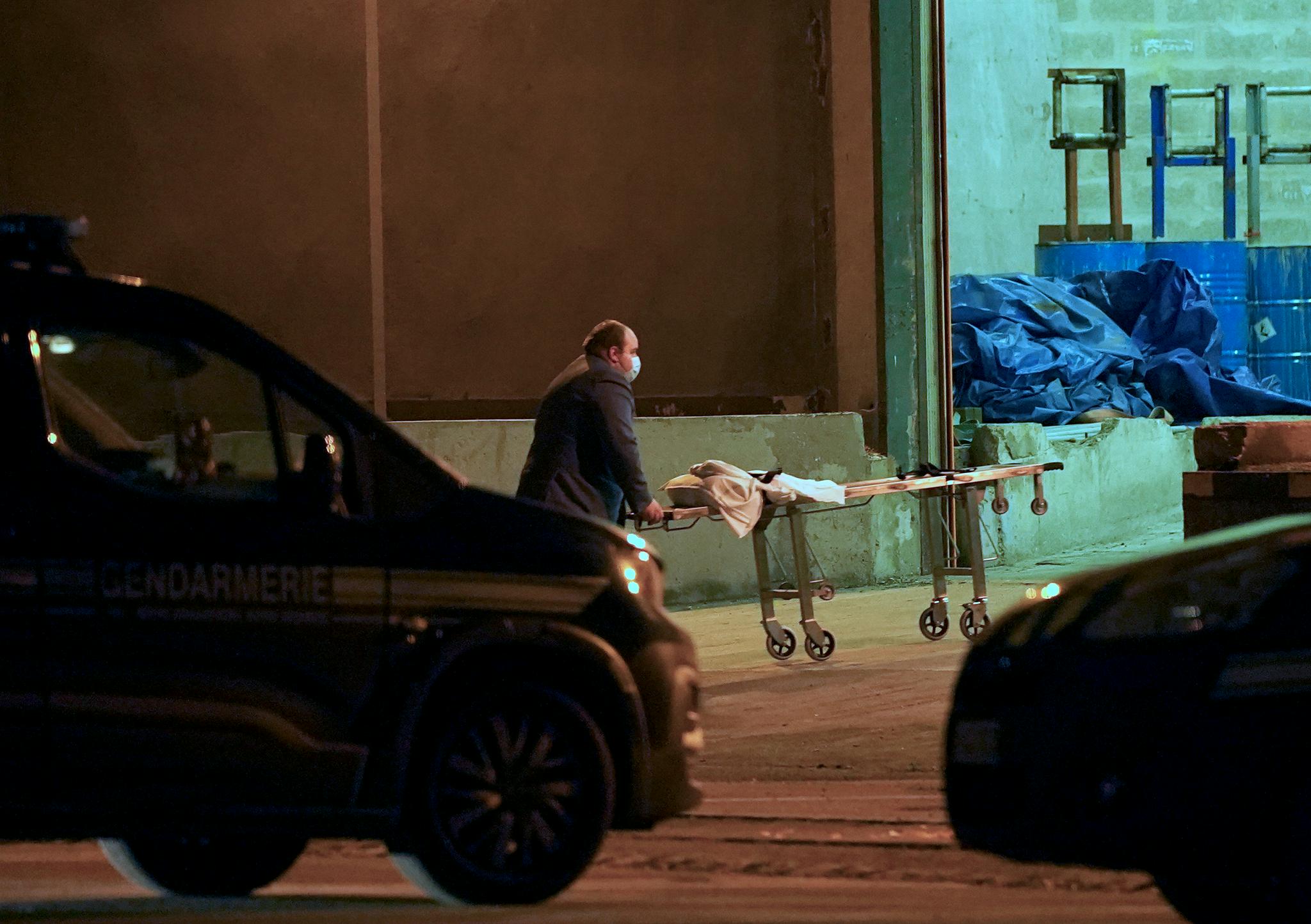 On the 24th, Calais, France, was preparing to transfer the remains of the victims.

British Prime Minister Boris Johnson claimed that the accident “Highlights that the French government’s coastal patrols are not strong enough“, he said: “It is difficult for us to persuade some of our partners, especially the French, to act in a way that fits our eyes… I understand that all countries have their own problems, but what we want now is common Do more. “

The British “Guardian” stated that the British wanted to send police and border guards to France before and jointly with the latter to conduct patrols on the French coastline, but the French side rejected this proposal out of consideration of national sovereignty. 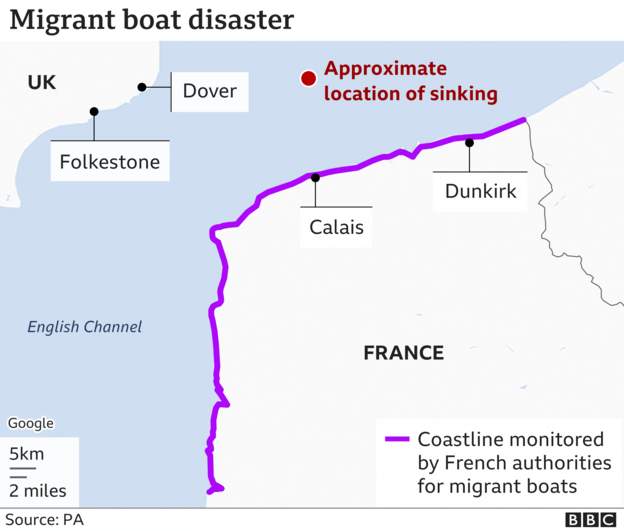 The approximate location of the capsize (pictured from BBC)

On the other side, as one of the main hubs of British and French transportation, the mayor of Calais, France, Natacha Bouchart emphasized that the tragedy should be blamed on the British. She called on Boris Johnson to “face up to his responsibilities” and claimed that “The British government is the culprit… and I think Boris Johnson has been criticizing France cynically for the past year and a half.” 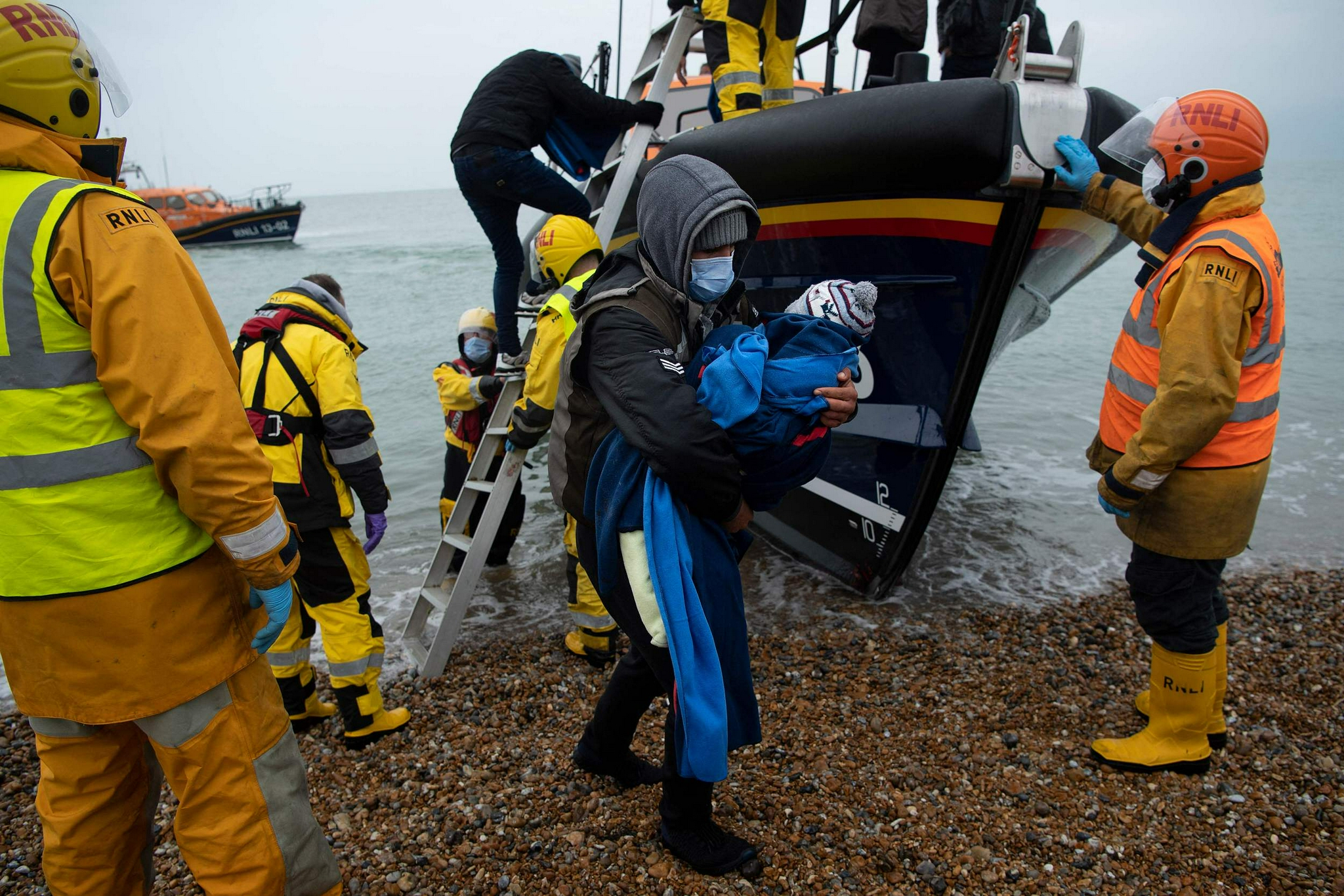 On the 24th, Kent, England, the survivors of the accident were searched and rescued ashore. (Visual China)

Calais is located on the French side of the narrowest part of the English Channel and is also the location of the exit from the French end of the Channel Tunnel. For a long time, this city has been the most concentrated area of ​​smugglers trying to smuggle to the UK via France. Especially since the European refugee crisis in 2014, there has been a large number of refugees destined for the UK. The British “Times” pointed out in a related report that the number of refugees crossing the English Channel has increased sharply this year. As of November 22, as many as 6,059 refugees have arrived in the UK in the past 22 days, far exceeding the past three. Data for any month during the year. 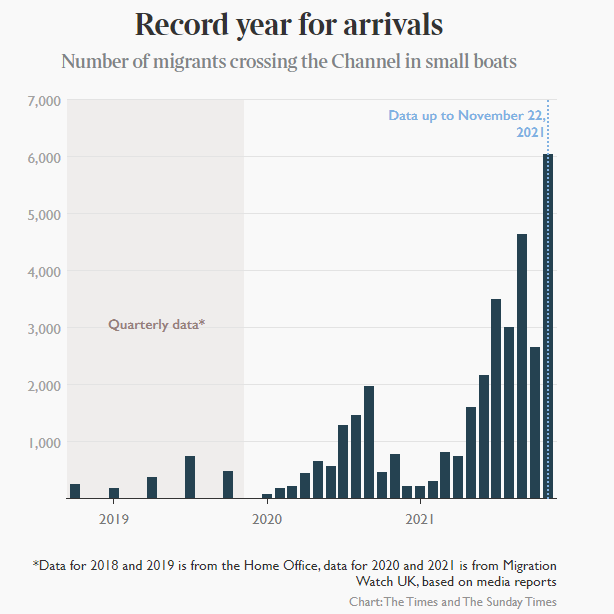 The number of refugees crossing the English Channel each month from 2019 to 2021, pictured from The Times

The Times pointed out that although the UK’s welfare policies and subsidies for asylum seekers are not as good as those in France, it is “easier to find informal and even illegal jobs” in the UK, making the UK more attractive to “illegal immigrants”.

At the same time, because the EU’s regulations on “can repatriate unsuccessful asylum applicants to the EU countries where they first arrived” expired after Brexit, the UK is currently unable to reach an agreement with the Straits neighboring France or Belgium without reaching an agreement. Repatriation of refugees.

French Interior Minister Gérald Darmanin said at a press conference in Calais that five women and one girl were among the victims of the accident. It is not clear which country the victims came from. He also said that the boats used by these refugees for smuggling are very fragile, just like the kind of inflatable swimming pool that can explode in the yard.

French President Macron later had a phone call with Johnson. Macron emphasized the “shared responsibility of France and the United Kingdom” and told Johnson that he “looked forward to full cooperation” and that this situation would not be “used for political purposes.”

Macron also called for the convening of an emergency EU ministerial meeting to provide more support to the EU Border Agency (Frontex).

“France will not let the strait become a cemetery.” Macron said.

Samsung invests hundreds of billions to build a 5nm chip factory in the United States. It is reported that AMD is considering foundry-AMD, Samsung, CPU processors-fast technology (media under the drive house)-technology changes the future

Ukraine, alarm from the US: “Russia plans offensive...

Wu Fan has five suggestions for the elderly:...

In Belgium, two hippos from the Antwerp zoo...

The Lebanese minister: “Without Unifil the whole region...

Libya, alarm on the vote. Appeal from Italy:...

Democracy summit, the U.S. struggles to achieve its...

Bukele: “The Berlin ceremony to greet Merkel is...