Home World The first Nobel Prize this year! Solving the mystery of human perception. Why has the Nobel Prize been paid out in 120 years? -Nobel Prize, Bonus-Fast Technology (Media under Drivehome)-Technology changes the future
World

The first Nobel Prize this year! Solving the mystery of human perception. Why has the Nobel Prize been paid out in 120 years? -Nobel Prize, Bonus-Fast Technology (Media under Drivehome)-Technology changes the future

The first Nobel Prize this year! Solving the mystery of human perception. Why has the Nobel Prize been paid out in 120 years?

At around 17:30 on October 4, 2021, Beijing time,American physiologist David Julius and American molecular biologist Ardem Patapoutian won the 2021 Nobel Prize in Physiology or Medicine for discovering temperature and tactile receptors. This is also the first Nobel Prize this year.

The Karolinska Institute of Medicine in Sweden stated at a press conference that Julius identified the presence of “sensors” that respond to heat, the capsaicin-specific receptor molecule TRPV1, in the nerve endings of the skin. Patabotian found “new receptors” in the skin and internal organs that can respond to mechanical stimuli.

The two independent discoveries provide answers to how humans interact with the world around them, provide a molecular and neural basis for temperature perception and mechanical perception, and provide an important basis for the study of physiological diseases related to touch.The two winners will share a prize of 10 million Swedish kronor (approximately RMB 7.366 million).

According to reports, in fact,Nobel’s legacy was initially only about 31 million Swedish kronor. But since the Nobel Prize was issued in 1901 (it has been 120 years), the bonuses have not been paid out but have increased. Why is this?

According to Nobel’s will, the 31 million kronor left by him is not directly used for bonuses, but for investment and financial management, of which 90% of the annual income will be used for awards. In the early days of the Nobel Foundation, in order to avoid risky investments, the foundation invested completely in bank deposits and public debt. However, due to inflation and currency devaluation, nearly 60% of the foundation’s assets have been lost after more than 50 years.

According to Nobel’s wishes, the amount of the Nobel Prize should ensure that a professor can continue to engage in research without receiving a salary for 20 years. 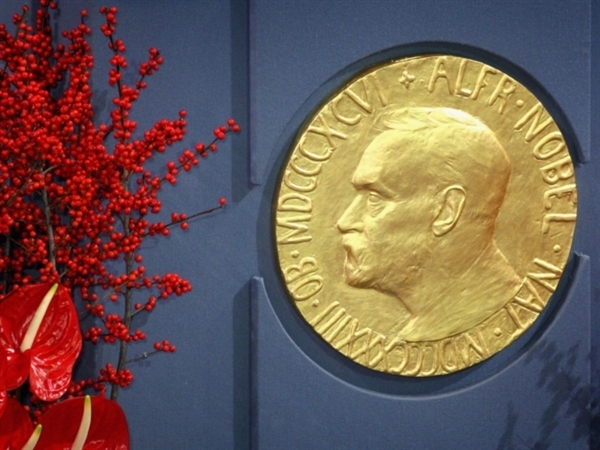 bonusFast TechnologyNobel PrizeThe first Nobel Prize this year! Solving the mystery of human perception. Why has the Nobel Prize been paid out in 120 years?
0 comment
0
FacebookTwitterEmail
previous post

First vaccine against malaria approved by the WHO

Honda On, and in Tokyo you buy the car online

Spain, the sensational protest of the rapeseed oil...

The Government of Qatar and the WHO cooperate...

Afghanistan, the Moscow negotiations after the farewell of...

In Strasbourg, Poland attacks the EU but does...

Fukushima, the contaminated water from the nuclear power...