Home Business “AI painting” that everyone can use, to become NVIDIA’s killer? _painting_website_once
Business

“AI painting” that everyone can use, to become NVIDIA’s killer? _painting_website_once

Original title: “AI painting” that everyone can use, to become NVIDIA’s killer?

It is not difficult for anyone who is a little concerned about Internet hotspots to find that recently, the works produced by “AI painting” seem to have become an Internet trend. These paintings with a high degree of completion and a somewhat famous style can often leave a deep impression on people, and when people know that these paintings are completely drawn by AI, there is no “threshold”, and there are many more A sense of wonder and curiosity.

Before that, we wanted to get a picture that met our own aesthetic needs, or we had to cast a net in the vast sea of ​​fan sites, or we had to spend a little money to find a small and medium-sized painter to customize a picture. Today, we can enter various keywords related to style, theme, and atmosphere on the platform, and then AI will generate paintings that meet the requirements according to the algorithm. Art seems to suddenly become a thing within reach.

Of course, there is a reason why the “threshold” mentioned above is in quotation marks. Because of the emergence of “AI painting”, although the threshold of users’ artistic attainments has been lowered to a certain extent, it has added new thresholds for users in other aspects, whether it is to spend a lot of money to use AI models that have been trained by others Painting, or using the local computing power of the graphics card for AI painting, is not a simple matter.

Sure enough, graphics card manufacturers had an early insight into this trend. Recently, foreign media VideoCardz reported that Nvidia has canceled the computing power limit of RTX 30 series graphics cards in the latest 522.25 driver. It seems that it wants to use the AI ​​creation experience brought by full computing power to save customers.The only question is, can “AI painting” really be the key to stimulating demand for graphics cards when the mining boom fades and the peak game season is not yet approaching?

The sudden explosion of AI painting

In fact, “AI painting” is a concept that has existed for nearly half a century. According to WikiPedia, as early as the 1970s, British painter Harold Cohen had already started his AI painting attempt. At that time, he used the computer program “AARON” developed by him to control a robotic arm for painting creation, and this algorithm Only colorful abstract paintings can be produced.

(Source: WikiPedia, Harold and his paintings)

In the following fifty years, AI painting has always been the trend – that is, it can generate colorful abstract paintings, but it cannot generate realistic or figurative paintings. It was not until the beginning of 2021, when OpenAI released the widely concerned DALL-E system, that AI began to acquire the ability to create according to text input prompts, and the development of AI painting has entered a stage of rapid progress.

In the following year, with the emergence of painting tools such as Disco Diffusion, DALL-E 2, Imagen, Midjourney and Stable Diffusion, the style of AI painting began to become more and more varied, and the generated pictures were no longer limited to Abstract, but can produce specific characters/events, and the painted works are more and more logical.

However, for the concept of “AI painting” to really catch on, it will have to be the second half of 2022. Because during this period of time, two websites specializing in two-dimensional painting appeared. One of them was the AI ​​painting website mimic, which was launched at the end of August. Learn, and then output AI paintings of the same style.

The so-called mimic means imitators and mimics. This name shows the core selling points and controversial points of the website very well. Although the AI ​​paintings generated by imitating the original author’s painting style are very close to the user’s preferred painting style, they will obviously cause trouble to the original author. Subsequently, a series of waves of “rejecting paintings from being used by mimic” set off by the painters. The operator of the website made an emergency decision to go offline. 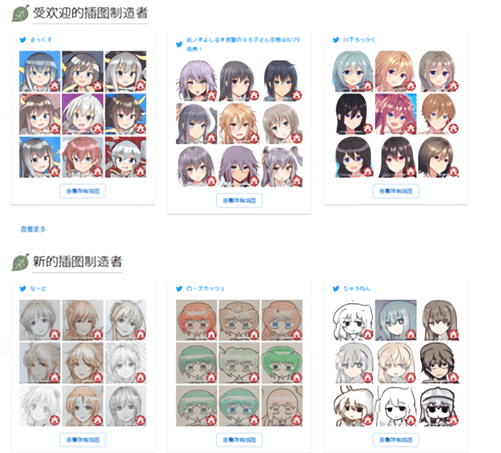 Although mimic is cold, it is obviously not the only website that uses two-dimensional AI to make money. In early October, a website named NovelAI quietly launched the AI ​​painting function. The website uses Kaiyuan’s Stable Diffusion as the basis, and is matched with the NovelAI Diffusion model collected from popular works of the P station, which allows users to easily create a complete degree of completion. High two-dimensional painting.

Different from the past AI painting, NovelAI has a simple entry method (registered members), a variety of creation methods (text generation, original painting rewriting, sketch generation), high quality of drawing (multiple models with sufficient training), and the most The important thing is that it is in line with the orientation of two-dimensional fans, which also makes the concept of “AI painting” quickly exploded this month. As for the NovelAI illegal crawler P station manuscript training model, or the use of drafts to generate paintings by netizens to counter-sue the author, these controversial incidents are all for later.

Then someone will ask, since these “AI paintings” are all running on the server, how will it affect the supply and demand relationship of the graphics card market?

The answer is very simple, because there are currently two methods of AI painting on the market. One is the online method, users can generate unlimited paintings on NovelAI as long as they spend money, which has the advantage of not being limited by the computing power of the graphics card; the other is the local method, which generates paintings by loading AI algorithms and models locally. The advantage of this approach is that there are no restrictions on generating works, and it does not cost money, but all the computing processes have to run on their own computers. 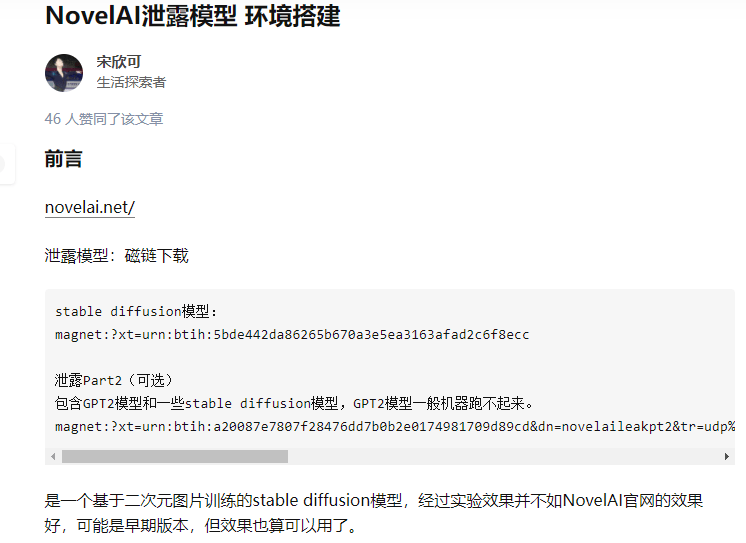 In order to test the performance requirements of local AI painting, Xiaolei completed the deployment of the local version of NovelAI in one night last night. After actual measurement, when the leaked compressed version model (4GB) is loaded, the mobile version of the RTX 3060 graphics card can only generate a picture of 360*512 size at most, and the time to generate a picture is as long as 5-10 minutes, and the experience is very protracted.

It is worth noting that the local version of NovelAI is currently the least resource-intensive way to set up. StableDiffusionWebUI takes up a higher occupancy, and it loads a compressed version of the model. Due to memory limitations, the mobile version of the RTX 3060 graphics card cannot be successfully loaded. The full version of the model (7GB) that has been leaked so far will have a slight gap in the quality of the painting. 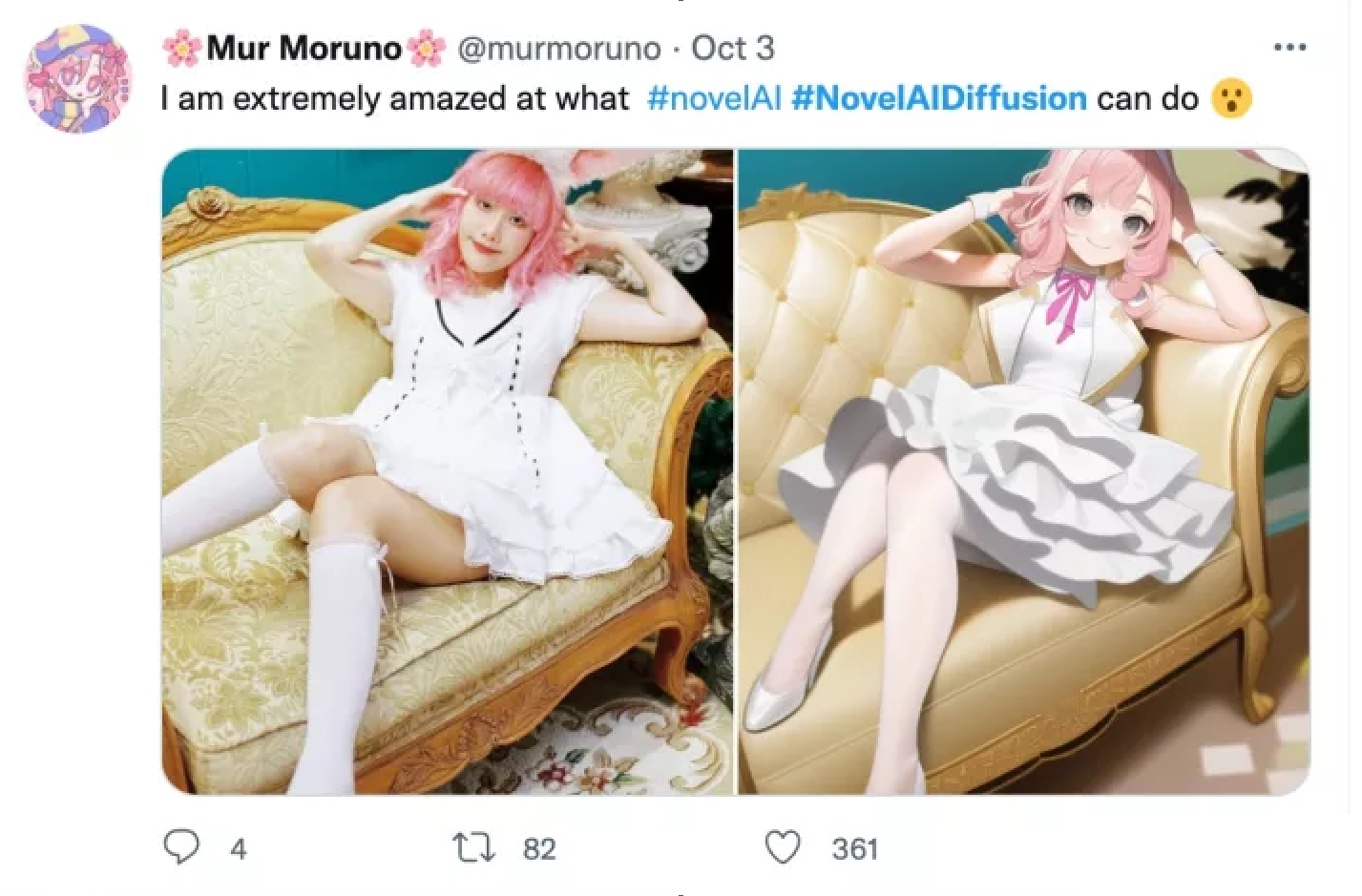 In general, a discrete graphics card with 6G memory is a basic configuration for running the local version of AI painting, and the newer the graphics card, the better the experience. At present, the RTX computing card is the most ideal graphics card, followed by the 30-series graphics card. The old graphics cards of the 20-series, 10-series and below are not well supported. As for the AMD graphics card, it has not been optimized at all.

For users who can compromise, I personally recommend generating paintings with low resolution and then Upscale to high resolution to generate paintings. This approach can effectively reduce the graphics card usage, allowing users with only basic configuration to learn the style/characters, but the pictures generated in this way will definitely lack the details of the overall picture.

See also  N26 relaunches in Italy with an InsurTech offer

As for users who pursue the quality of paintings, it is natural to replace the graphics card. Exactly, on September 23, NVIDIA released the new graphics card RTX40 series at the GTC conference. The RTX 4090 adopts TSMC’s “4N” process technology and up to 24GB GDDR6X video memory. Compared with the previous generation RTX3090Ti, the performance can be improved by 2~4 times. It is the perfect AI painting tool.

I have to say that the arrival of this wave fits perfectly with the release time of the RTX 40 series graphics cards. Coupled with the limitation of the RTX 30 series computing power that Lao Huang recently unlocked in time, it is no wonder that users in the NGA forum are discussing：“How do you feel that after the mining boom, AI painting will become a new demand for graphics cards?Could it be that the beneficiary of this wave of leaked painting models is really Lao Huang who just released a new graphics card? “ 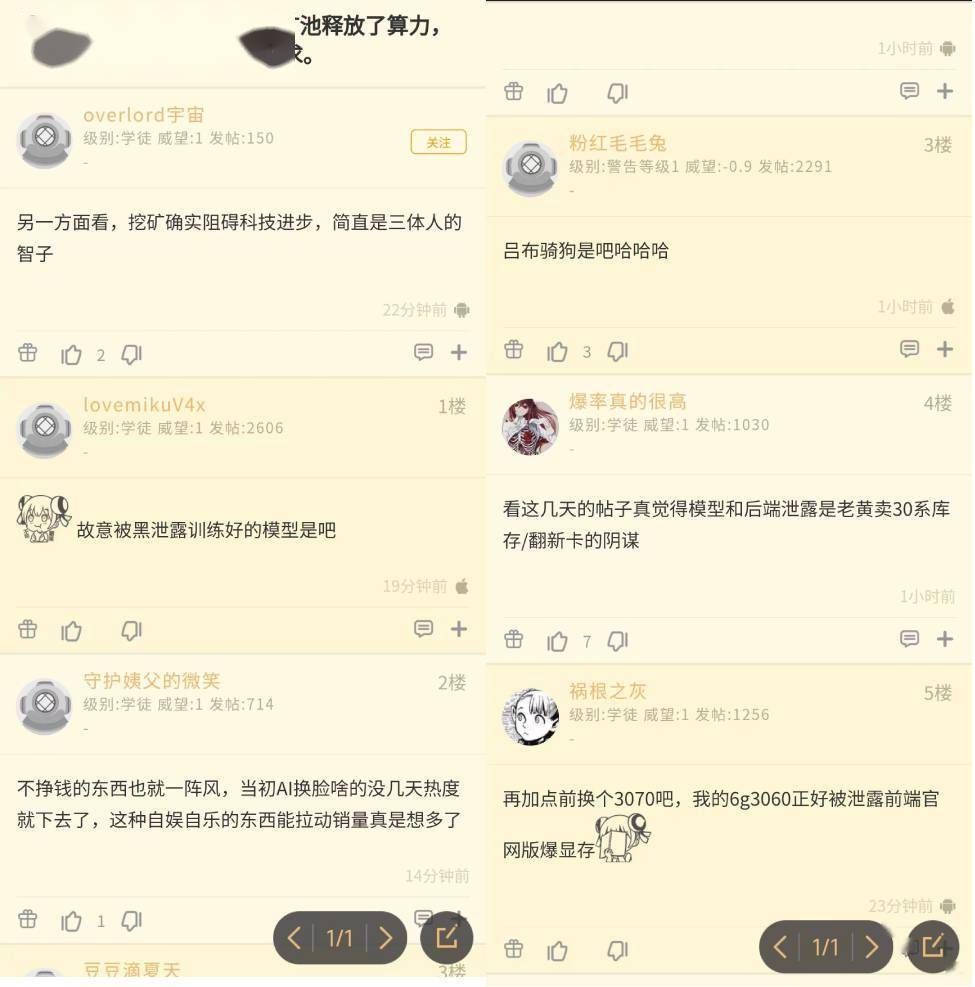 Personally, I think this point of view should be looked at separately. For creators, after the turmoil of virtual currency passed, the improvement of graphics card in AI computing power was really released. The AI ​​drawing tool is definitely a very strong presence in the industrial application of the second dimension. Artists can use it to assist in drawing, light novelists can use it to draw characters, and independent game producers can greatly reduce costs.

But for ordinary people, AI mapping tools are essentially just new toys that are all the rage. Although it is not necessary to draw by hand, it is also a very patient work to find high-quality works from a large number of works drawn by AI. After this wave of upsurges, most people will still return to the track of collecting artists’ works, and it is indeed unrealistic to use this to drive a large number of graphics card demands.

At the moment when the demand for graphics cards is declining, as strong as NVIDIA also needs to find new businesses other than graphics cards as soon as possible to provide more room for imagination for the next stage of performance growth. Interestingly, from the launch of Nvidia Canvas, Nvidia has indeed considered developing the business of “AI painting”. AI painting may not be the driving force for stimulating the growth of the graphics card business, but it remains to be seen whether it can become an advantageous business that NVIDIA will rely on in the future.Return to Sohu, see more

Tu Youyou tried the drug to test the safety of artemisinin

The position of public funds has reached a...