Digital renminbi tries to crack merchants’ payment and escape: the prepaid problem is expected to be cured- E-commerce- Payment / Fintech

As a form of consumption, prepayment has been widely used in the market and spread across various industries. However, for a long time, there have been many problems such as difficulty in refunding consumers, difficulty in producing evidence, and difficulty in recovery, especially in prepayment. Some unscrupulous merchants, after receiving the advance payment, will pack up and run away. So, how to solve this problem?The digital yuan is trying to crack the。

According to @CCTV Finance, Mr. He’s children have been taking robotics-related courses. After classes resumed in Shenzhen, he was hesitating whether to renew their children’s classes. One of his concerns was the safety of registration fees.

However, when paying the fee this time, the staff recommended him to use the digital RMB prepaid consumption platform to pay the tuition fee.

It is understood that after consumers use digital renminbi to pay for tuition,Funds will be frozen in the digital RMB accountand deduct the money every time you take a class. When there is a problem and a refund is required, the platform can quickly refund the unconsumed amount.

CCB staff said in an interview that compared with the previous traditional supervision model,Digital RMB can realize automatic supervision of single fundswhile the traditional account model is to supervise the entire account. 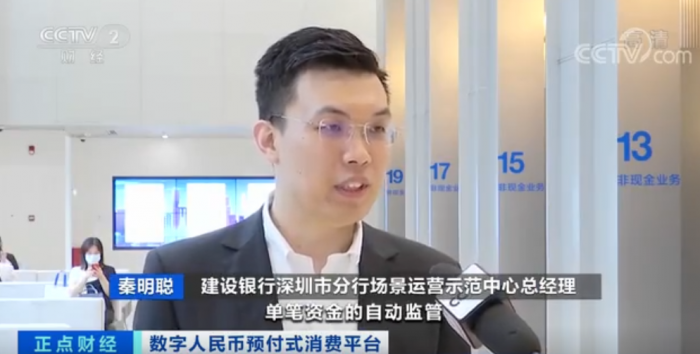 In addition, the supervision of digital renminbi can realize the online platform processing of the whole process, which traditionally requires everyone to go to the bank to handle the business.

According to public information, the country’s first digital RMB prepaid consumption platform has been used in Futian District, Shenzhen. In the future,The platform will be used in education and training, beauty salons, sports fitness and other industriesA total of more than 200 companies have promoted and used it.

See also  Behind the loss of Apple's market value of 500 billion a day: the store bullies its customers, or pretends to be a pig and eat a tiger? -Apple App Store/Music/TV/News/Podcast Candies with this taste are very good for your health

A large number of users’ QQ numbers were...

Pension funds, memberships are growing but the markets...