Home Business Dismissal of employees on the grounds of love affairs was rejected by the court for insufficient evidence, Jumei Youpin was executed 97,000-People
Business

Dismissal of employees on the grounds of love affairs was rejected by the court for insufficient evidence, Jumei Youpin was executed 97,000-People

According to the Tianyancha App, recently, Beijing Chuangrui Culture Media Co., Ltd., a related company of Jumei Youpin, added a piece of information about the person to be executed. The execution subject is 96,998 yuan. The execution court is the People’s Court of Chaoyang District, Beijing.The related judgments show that Chuangrui Company used Li as a married person to live in the same room with his female subordinates many times during business trips, and his behavior seriously violated the bottom line of social ethics and severely violated the company’s rules and regulations to terminate the labor contract. 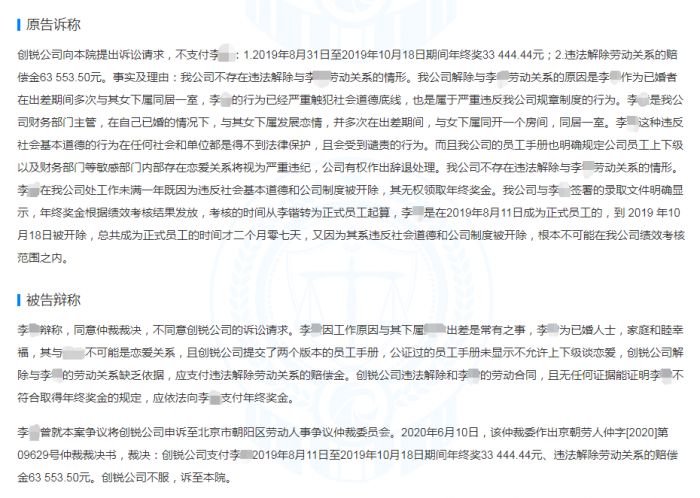 Li argued that he did not have a romantic relationship with the subordinate, so he filed a complaint with Chuangrui Company to the Labor and Personnel Dispute Arbitration Committee of Chaoyang District, Beijing for the dispute in this case. The arbitration committee ruled that Chuangrui Company should pay Li’s year-end award of RMB 33444.44 and compensation of RMB 63,553.50. Chuang Rui Company refused to accept it and went to the court. 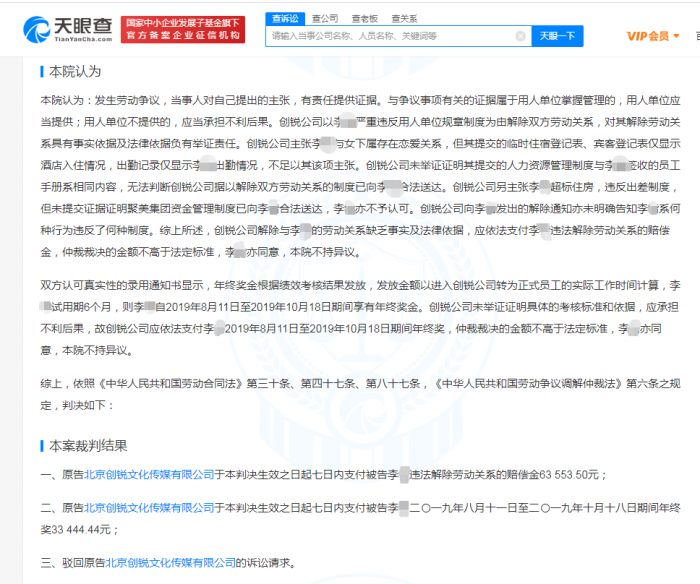 The court found that the evidence presented by Chuangrui Company was not sufficient to prove that Li had a romantic relationship with a female subordinate, etc., and the termination of the labor relationship with Li lacked factual and legal basis.

The cumulative number of confirmed cases in the U.S. exceeds 44.33 million, Sydney lifts its lockdown after about 4 months

Prefer to underestimate the industry to provide calm...