November 10,Hondaofficially releasedEleventh generationAccordoverseas official map. The new car will also be officially unveiled at the Los Angeles Auto Show, which opens on November 18. Driving Sight brought you the analysis of the official map for the first time, let us have a sneak peek.

As the eleventh-generation model, by the end of 2022, young consumer groups have gradually become mainstream, and the Accord, a slightly “business-like” model, has long been “reduced in age” to attract the attention of young consumers. Not only does the new car feature a new design language, it will also be available in eight body colors, including three new additions: Meteorite Gray Metallic, Urban Gray Pearl and Canyon River Blue Metallic. Color (Canyon River Blue Metallic). 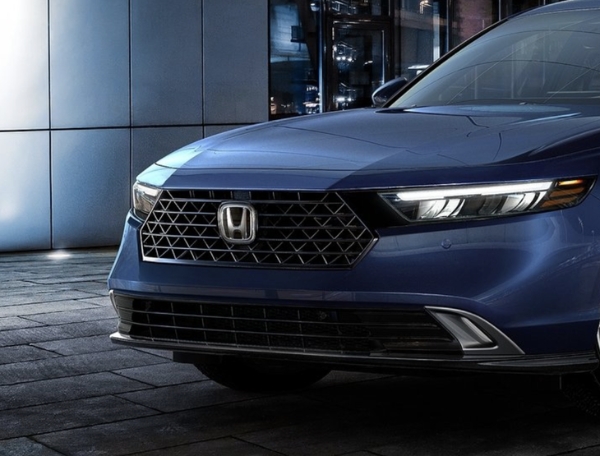 The front face part, under the blessing of the new design language, makes it look more elegant and concise. The small-sized hexagonal blackened grille is filled with triangles, making the grille area small, but full of three-dimensionality. The lower half of the split grille adopts a horizontally extending through form, and the two sides are supplemented by chrome decoration, and the visual width has been excellently stretched.

The overall shape of the LED headlight group is very restrained. At the same time, the interior is equipped with LED light eyebrows, and the shape of the turn signals on both sides is also very sharp. segment consumer acceptance. At the same time, part of the front parking radar is also placed under the headlight group. In addition, the two raised rib lines on the hood also extend to the grille, making it look more layered.

See also  Announcement of the fourth batch of payment license renewal results, 8 companies have been suspended for renewal, and 19 companies have their licenses cancelled – yqqlm 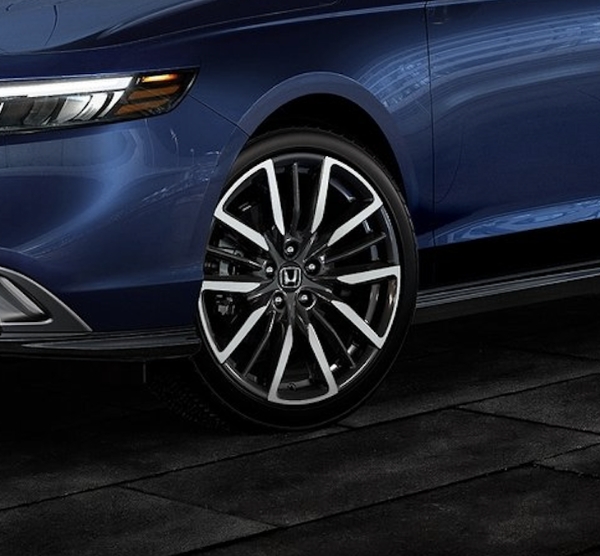 In terms of wheel rims, the new car will be available in 17-inch and 19-inch sizes according to different configurations. The model on the official map adopts a silver-black two-color double-five-spoke model, which looks fashionable and dynamic. But there is one thing to say, 17-inch wheels are placed on a mid-size sedan, and the visual effect is almost meaningless. 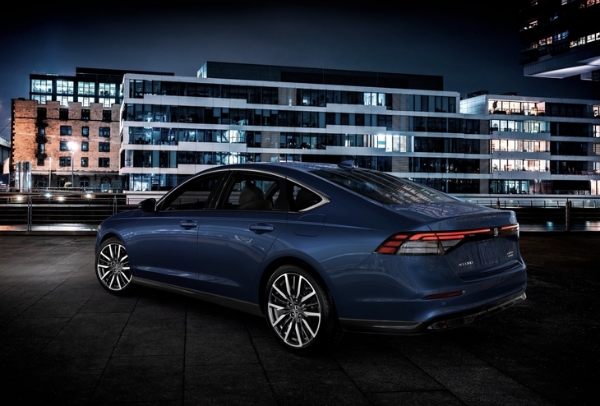 In terms of body size, the length, width and height of the new car are 4971/1862/1450mm (195.7/73.3/57.1 inches) respectively, and the wheelbase is 2830mm (111.4 inches). This kind of data is really good. Compared with old rivals such as Camry, Teana, and Magotan, it is still slightly better. Coupled with the unique MM concept of Honda models, the driving space and storage space in the car are bound to bring surprises. . 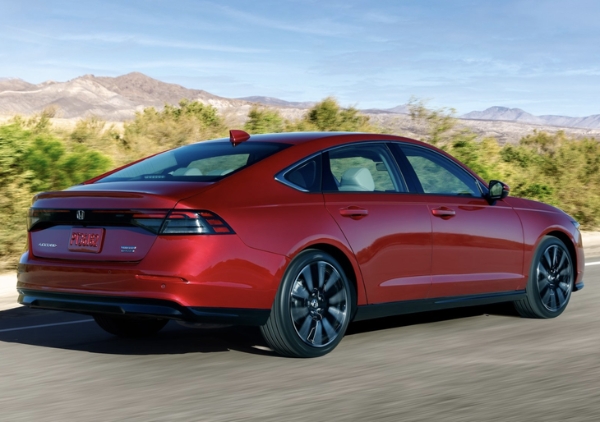 Viewed from the side and rear, the new car continues the slack-back shape of the current model, with an obvious dip from the position of the B-pillar. With the shark fin design on the roof, it looks very young and fashionable, and the slack-back shape is also popular nowadays. , the more popular designs. This also shows that Honda has indeed made great efforts in the research of young consumers. 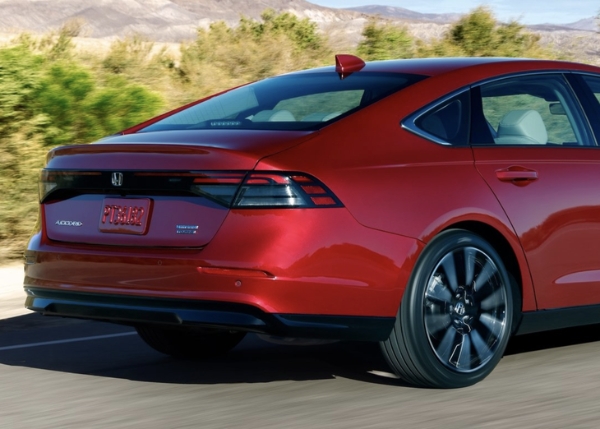 The design of the rear is simple but does not lose the sense of design. The most popular through-type taillights have been changed and innovated, and the small-sized Honda LOGO is used to make a partition, and the visual effect is more integrated. At the same time, the upturned ducktail design and rear parking radar are not absent, but the exhaust adopts a hidden layout, which is a treatment that I don’t like very much.

See also  Deliveroo, investors give the rider platform a second chance: after the collapse, revises the listing price 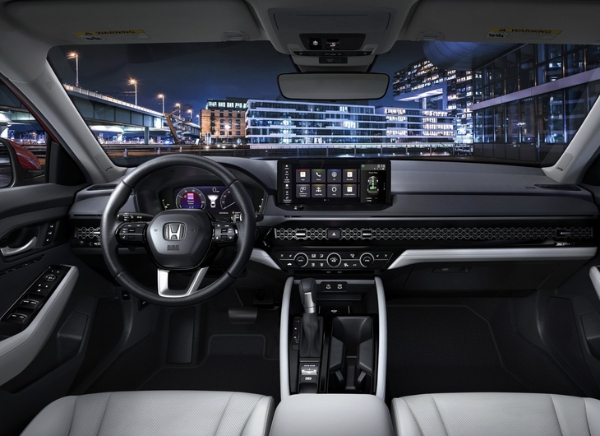 In terms of interior, the new car also adopts the latest family-oriented design layout, which improves the recognition degree, but there are few surprises. This is almost the same as the new Civic and new CR-V launched before. The full LCD instrument panel, and the hybrid model will also be equipped with a 12.3-inch central control LCD screen, which ensures the sense of technology in the car. 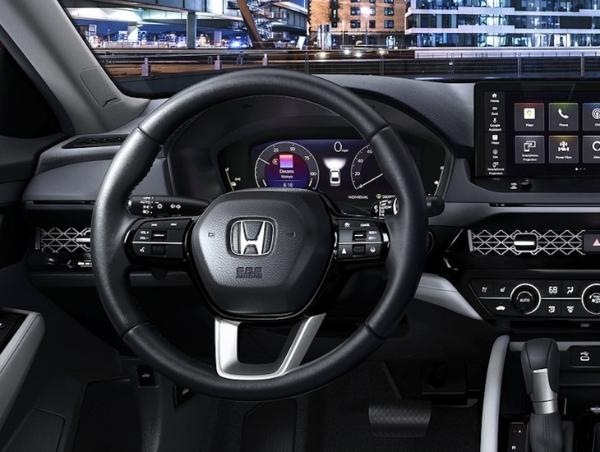 The new car is also equipped with a new family-style three-spoke multi-function steering wheel, which optimizes the convenience of operation during driving. In addition, the new car will also be equipped with a 6-inch HUD head-up display, 12-speaker BOSE audio, wireless mobile phone charging, knee airbags, Honda Sensing driver assistance functions, and rear side airbags for the first time. 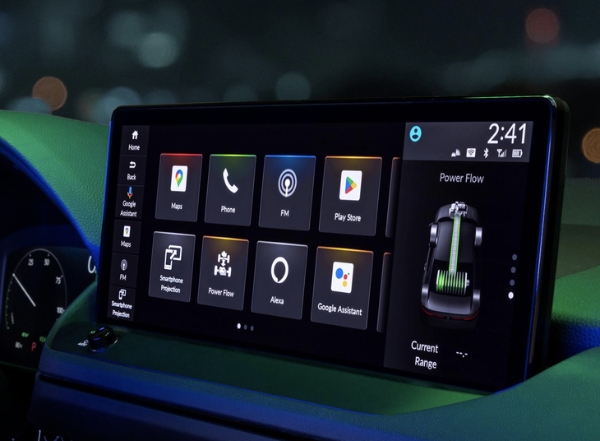 Although the 12.3-inch floating central control LCD entertainment screen has long been commonplace, it is the largest display screen in the Honda family. At the same time, it has a built-in Google system to support mobile phone interconnection and OTA upgrade. In addition, although the car machine is not as good as the mainstream car machine in the market, it has also been greatly improved compared to the Honda car machine that was widely criticized in the past.

The layout of the car is very simple. The latest family-style air-conditioning outlet is filled with triangular decorations, and the air-conditioning control area is below it, which is also one of the few physical button areas in the car. The center console has two Type-C charging ports and two cup holder placement areas. 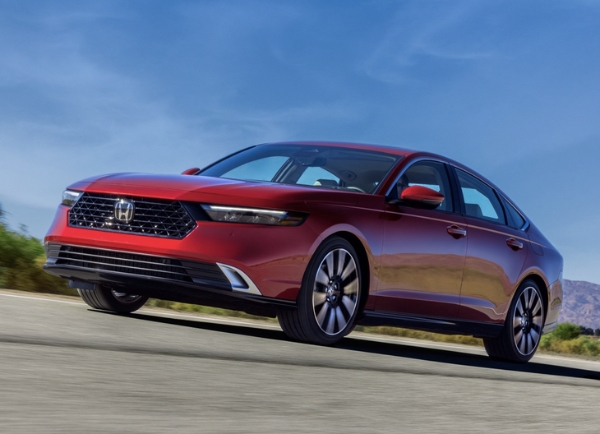 Varied diet, low in sugar and alcohol. So the neoplasms are less scary

The operating rate continues to rise, and soybean...

Microsoft and Nintendo reached a 10-year agreement to...