IPhone 14 squeezes toothpaste crazily, in the final analysis because Apple has no real rivals

With the release of Snapdragon 8Gen1 and Dimensity 9000, it also means that the mobile phone market in 2022 is about to usher in a new wave of competition. As the most watched big brother in the market, Apple has yet to disclose any information about the A16 processor.But just recently, according to @Mobile chip master revealed that the iPhone 14 series will not be fully equipped with A16 processors, and the lower-positioned iPhone 14 and iPhone 14 Max are likely to continue to be equipped with the same A15 processor of the iPhone 13.

As soon as the news came out, it caused heated discussions among Guofen and netizens. Some people began to scold Apple for “squeezing toothpaste” for not being aggressive, and even more people doubted the authenticity of the news. @Mobile chip master also gave his own conjecture. After all, the epidemic has too much impact on foreign production capacity. The stock quantity of A16 is only one-third of that of A15. This is also helpless for Apple, but it is undoubted for consumers. Will cause strong dissatisfaction.

To be honest, if you break the news that other mobile phone manufacturers will use last year’s processors on the new generation of flagships, then Xiao Lei will definitely treat it as a rumor, but the protagonist of the “rumor” is Apple, so the credibility is great. Promoted. After all, this is not the first time Apple has sneaked in some places.

As early as 2013, Apple used a similar product update strategy on the iPhone 5c and iPhone 5s, but it ended in failure. The iPhone 5c was released in September 2013. It is equipped with the same A6 chip as the iPhone 5. It uses a bolder color scheme and a plastic back shell design. 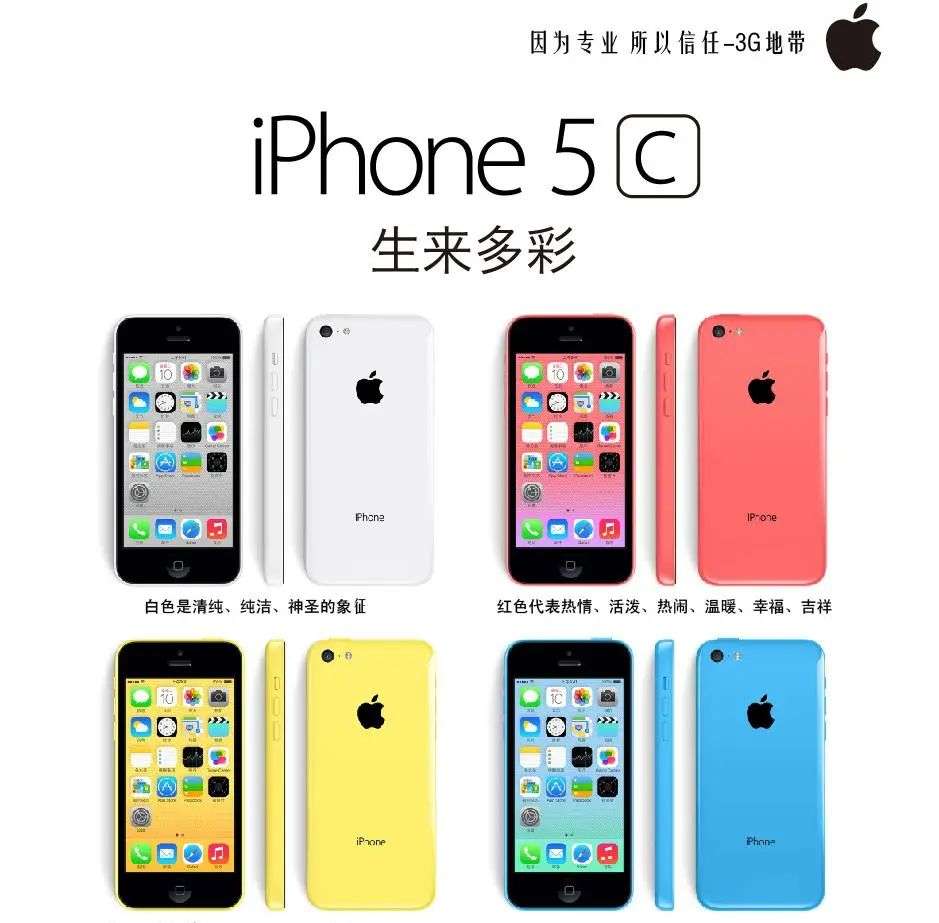 However, data from the CIRP agency indicated that in the first quarter of 2013, iPhone 5S sales accounted for 64% of total sales, while iPhone 5C sales accounted for only 27%. The iPhone 5c is therefore considered by the industry to be one of Apple’s most failed iPhones, and Apple has never updated this product line.

After discovering that the strategy of “different cores of the same generation” did not work, Apple chose another solution, the “precision knife technique” that we are most familiar with and disgusted with. This is fully reflected in the iPad Pro 2018 and iPad Pro 2020. Compared with the iPad Pro 2018, there is almost no difference between the A12Z processor on the iPad Pro 2020 and the iPad Pro 2018. The process, transistors and CPU are all the same. The only difference is that the A12Z opens the hidden eighth GPU core. Strong image processing performance.

That is to say, in the development stage of the A12Z, Apple has already thought out the follow-up product plan, and used the method of forcibly shutting down a GPU core to achieve the purpose of saving costs. Some readers may argue that the iPad Pro 2020 is obviously improved compared to the previous generation. For example, the 6G storage of all series is a highlight. After all, the iPad Pro 2018 is only equipped with 6G storage for the 1TB version. Indeed, this can be regarded as an upgrade point, but this should not be the upgrade range that an iterative product should have. 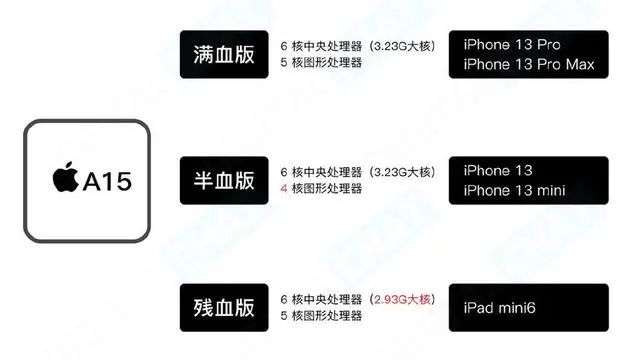 In addition, according to foreign media broke the news, iPhone 14/14 Max is likely to continue to maintain the Liu Haiping design, the refresh rate is estimated to be only 60Hz, can enjoy the hole-digging screen design and 120Hz screen is still only the high-end version. Apple’s high probability is that A16 is “too wasteful” for the “small model” 6.1-inch iPhone 14 and 6.7-inch iPhone Max, so it will be exclusive to the higher-end Pro, which also enlarges the standard and Pro versions in disguise. The gap, it is very likely that the sales of the Pro version will surpass the standard version.

However, in accordance with Apple’s usual style, they should not directly state that the iPhone 14 is equipped with the A15 processor, but instead use a name change or a one-off approach to cover up. Therefore, in the strict sense, this cannot be called “hybrid use”. At best, it can only be called expanding the difference between different product lines. This also indicates that the price of the iPhone standard version will continue to fall in the future, resulting in a lower occupation. The price of the market, while the Pro version continues to widen the gap with the standard version, creating more selling points to attract users to pay, creating a “consumption trap” for consumers that buy expensive but feel that it is cheap .

See also  SF Holding was rated as a buy by Guohai Securities, and it has recently received 10 research reports from securities companies. The target average price rose by 28.67%_Oriental Fortune Network

No one can put pressure on Apple right now

If the conjecture of @手机片达人 is established, the reason why the iPhone 14 uses the A15 chip is insufficient production capacity. This is actually reasonable. After all, in the second half of this year, almost all Apple products have fallen into a shortage of goods, even if it is “technical content.” The lowest Apple Watch S7 has also been out of stock for a long time. But in the final analysis, Apple wants to reproduce the “different cores of the same generation” plan because Apple does not have a “rival” in the mobile phone market that can bring pressure to him.

According to data released by Bloomberg and DigTimes, in 2021, Apple’s share of revenue with TSMC is as high as 25.93%, while international companies such as MediaTek and AMD only account for 5% or less, which shows that Apple’s share in the industry chain status. 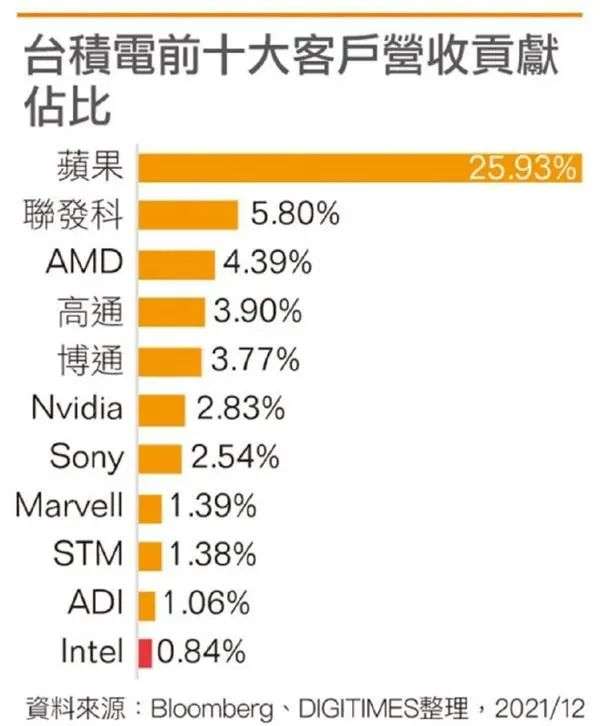 In addition, according to @小乙MAX’s statistics, in the November 2021 Jingdong mobile phone sales list, Apple alone occupied the top four in the top ten, with a total sales of about 4.15 million units, far exceeding all competitors. 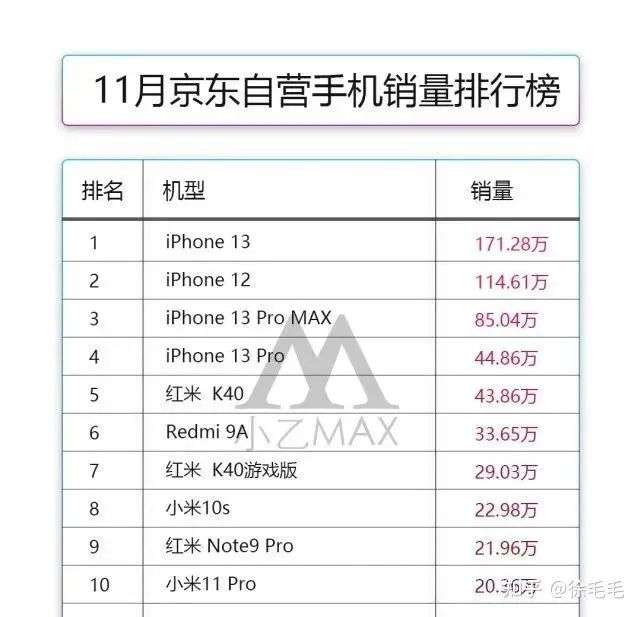 In the high-end mobile phone market, with the decline of Huawei, Samsung is also in decline. There is no mobile phone company that can pose a threat to Apple. This has also led to the steadily increasing iPhone shipments since the fourth quarter of last year, even if Apple continues in the next few years. To squeeze toothpaste, consumers and the market have to accept this “arrogant” manufacturer. This is quite obvious in the processor. According to the test results of Digital Geek Bay, how can Apple, which has such a huge advantage, not be arrogant? 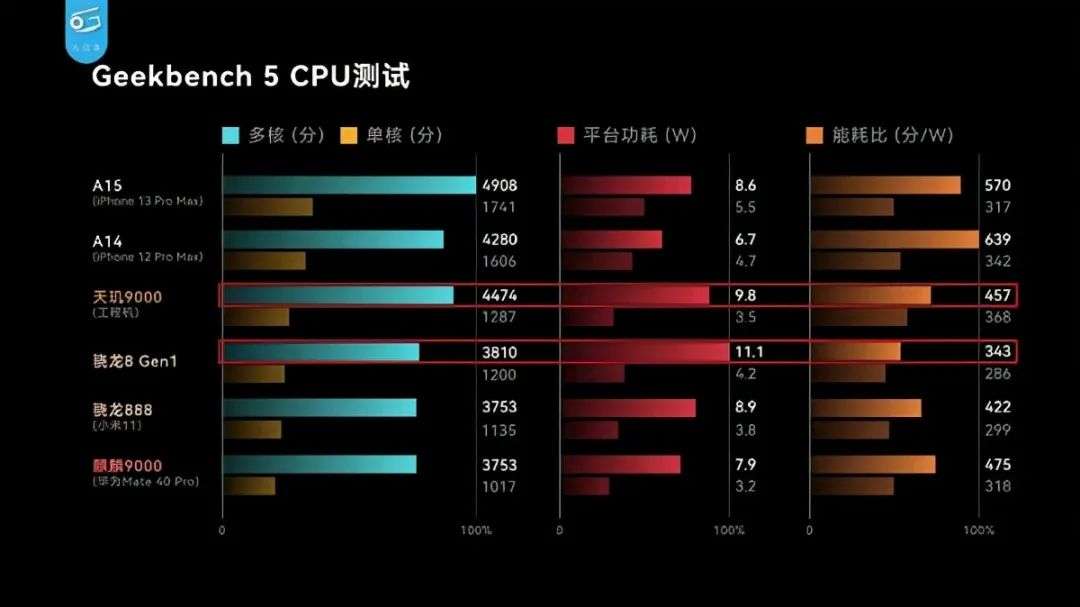 Looking at Apple, TSMC announced that it will officially put the new 3nm process into a small trial production stage in the second half of next year. As TSMC’s largest customer, Apple naturally has a reason to be the first to eat the 3nm process. In other words, the A16 released in the second half of next year will once again surpass the Android camp in terms of craftsmanship. Of course, TSMC’s 3nm is not particularly large compared to its own 5nm, and the performance may only increase by 10%. -15%, the power consumption is reduced by 25%-30%. If compared with the N5P adopted by the A15 or this year’s N4P, the performance improvement and the power consumption reduction may be further reduced.

Considering that the A16 will only use the new IPC design, the upgrade of the big core will logically be greater than the upgrade of the previous generation, and even if the small core of Apple is upgraded like the A15, it is enough to throw Qualcomm a few blocks away again. Then, the hardware of the A16 is slightly improved compared to the A15, and with the 3nm process, I am afraid that Apple can still dominate the battery life list by maintaining the battery capacity configuration of the iPhone13 series. As a result, it is even more difficult for the Android camp to match or surpass in terms of performance. 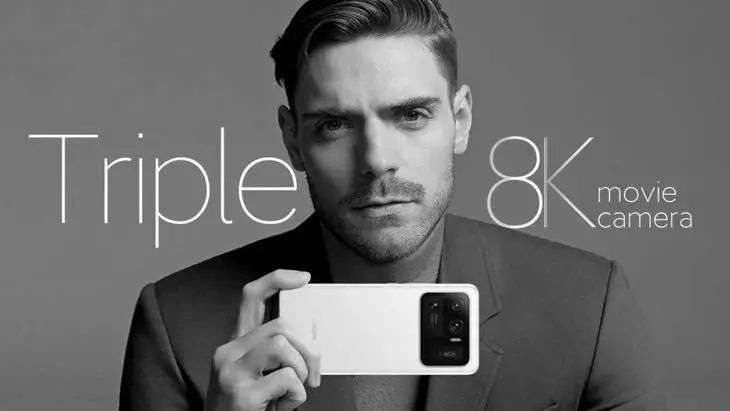 In addition to performance, the reason why domestic mobile phone manufacturers have difficulty surpassing Apple is also the most important “image problem.” At present, the domestic mobile phone market is extremely fierce. In order to gain more market share, manufacturers have chosen to reduce prices. For example, the drop of Xiaomi MIX4 during the Double Eleven period even reached 35%. These operations will affect the brand’s image in the minds of users, and it will be difficult to establish a high-end image, let alone compete with Apple for the market. 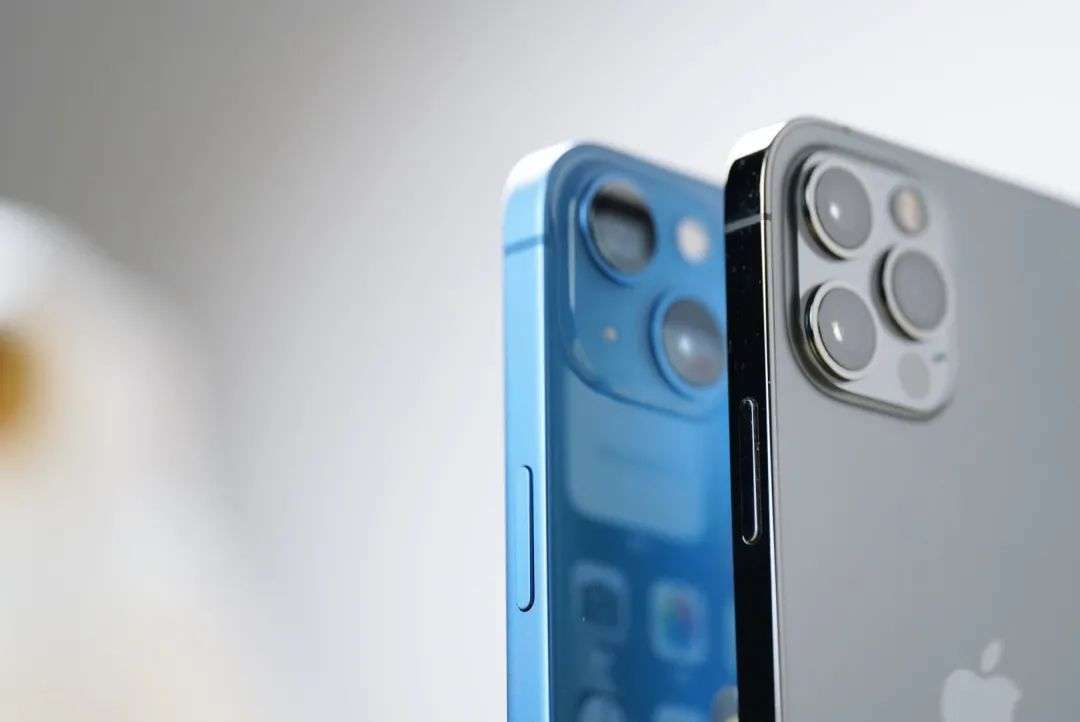 Of course, even if the iPhone 14 product is really limited by the chip foundry process, production capacity, and performance architecture, the digital series chip processor needs to be adjusted, it should be the full blood version and down-frequency version of the iPhone 13 series. As bystanders, we should focus more on the improvement of Apple’s signal, battery life, image quality, night scene imaging, glare and ghosting and other shortcomings. All-round improvement is to increase user reputation and brand perception. Effective Ways. As for ideas such as innovation stop and performance toothpaste squeezing from person to person, it is only at the breaking news stage, and it is too early to set the tone for the iPhone 14 product in advance.

But no matter what, whether next year’s iPhone 14 will continue to squeeze toothpaste or conscience finds that continuing to lower the price, it will be a bad thing for Android manufacturers. After Huawei’s temporary retirement, how should domestic Android face the threat from Apple? We can only hope that these brands will give answers on the new Android phones at the end of 21 and early 22.

Yannis praised Jeremy Lin: He is very selfless and will not consider his data

Energy-intensive industry: “Interventions or in January, we don’t know if we will reopen”

Will the price go up?It is revealed that...

Why did 7 regional headquarters and subsidiaries scramble...