Apple has issued an invitation letter confirming that it will hold an “Unleashed” event at 1:00 AM on Tuesday, October 19th, Beijing time. The protagonist is naturally the highly anticipated MacBook Pro series. Before the official release, details about the new MacBook Pro flowed further.According to netizen Dylandkt, the basic 14/16-inch MacBook Pro will provide 16GB of memory and 512GB of storage space, which is consistent with the current high-end 13/16-inch MacBook Pro. 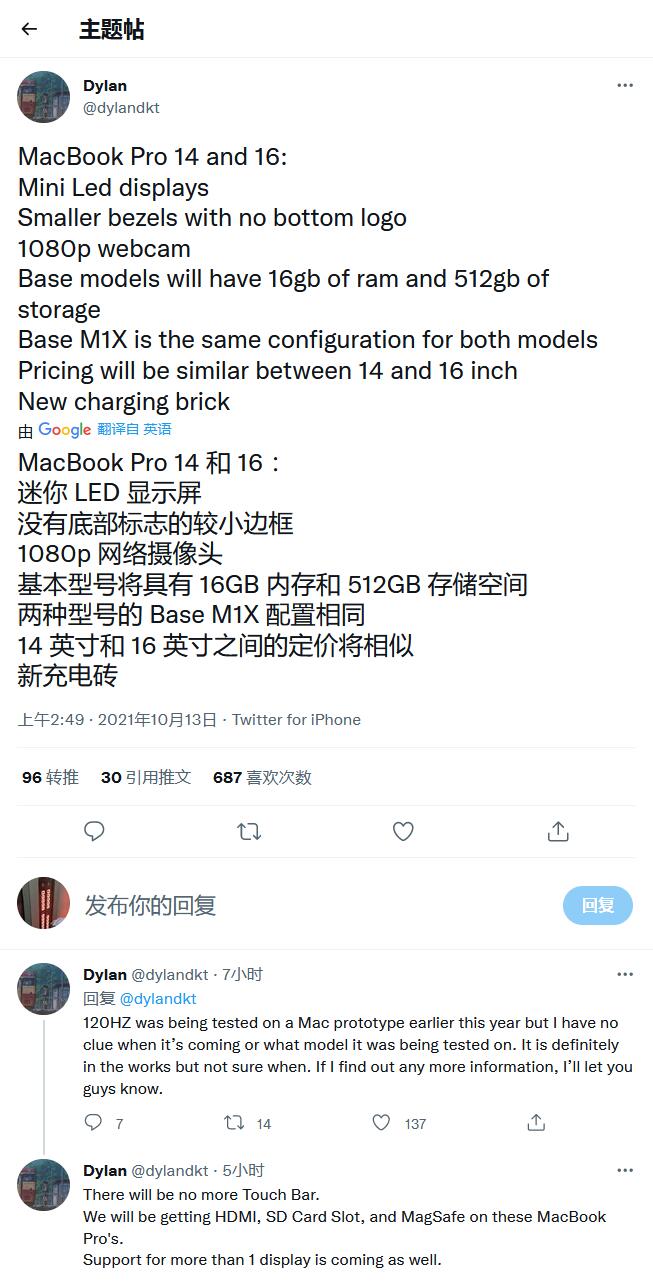 He previously broke the news that the new MacBook Pro model is expected to be equipped with an upgraded 1080p webcam. The M1X chip has the same configuration in both sizes, and both are 10-core CPUs. Dylandkt also said that Apple will provide a new charging adapter, which is not surprising, because it is rumored that the upcoming machine will use the new MagSafe charging port, which will require new charging hardware.

See also  Intel CEO refused to discuss the establishment of a chip factory with the United Kingdom on the grounds of Brexit-Intel Intel-cnBeta.COM
Apple MaccnBetaM1X MacBook Pro broke the news: 16GB+512GB started to abandon the Touch Bar with a new adapter
0 comment
0
FacebookTwitterEmail
previous post

With DC Comics as the theme! “DC Dual Force” launched in the third quarter of next year | Chasing new