On May 4, it was reported that Tesla said in a thank-you letter to the Shanghai government that it planned to double the local production capacity by putting into operation a new factory in Shanghai, thus making it Tesla’s largest in the world. Auto Export Center. However, a person in Tesla China told a reporter from the Shanghai Stock Exchange on the afternoon of May 4 that there is currently no information available for Tesla’s second factory in Shanghai.

In addition, the planning sketch of K02 of Shanghai Lingang Advanced Manufacturing Area shows that a 70.6-hectare piece of land next to Tesla’s Shanghai Super Factory is expected to build new projects. According to a reporter from the Xiaoxiang Morning News, the accurate information obtained from Tesla’s internal stakeholders is that “it is an expansion of production, not a second factory.”

Some media said that Tesla China has plans to build a second factory in Shanghai. The plant is poised to add an annual capacity of 450,000 vehicles, including the Model 3 and Model Y, to become “the world‘s largest auto export hub.” The source is a thank you letter from Tesla to the Lingang New Area of ​​the China (Shanghai) Pilot Free Trade Zone on May 1.

In the letter, Tesla allegedly thanked Lingang for its support and described how a company run by the Lingang Group arranged for a bus to transport 6,000 Tesla workers and their suppliers to the factory, where the company was charged Disinfection so that factories can enter “closed loop” production as soon as possible. In the letter, Tesla said workers in Lingang, Shanghai, fought for three consecutive days, working around the clock to ensure Tesla workers could return to the factory.

The letter also outlines how Tesla plans to further expand its production capacity in Shanghai. The letter said the company will build a new factory near the same area, which is poised to add an annual capacity of 450,000 vehicles, including the Model 3 and Model Y, to become “the world‘s largest automotive export hub.”

A person from Tesla China told a reporter from the Shanghai Stock Exchange on the afternoon of May 4 that there is currently no information available for Tesla’s second factory in Shanghai.

It is worth noting that a reporter from the Shanghai Stock Exchange found that on January 29, 2022, the Lingang New Area Management Committee officially issued a public announcement: “Shanghai Lingang New Area Advanced Intelligent Manufacturing Area XJZZ-08 Unit Control Detailed Planning K02 Neighborhood Partial Adjustments” (Draft for Public Participation). The K02 Neighborhood in Lingang Advanced Manufacturing Area has made a major adjustment. The K02 and K03 Neighborhoods are merged to form a super-large plot K02-08, covering an area of ​​70.6 hectares. It is planned to be an industrial land with a construction area of ​​about 1.764 million square meters.

The K02-08 plot covers an area of ​​70.6 hectares, which is much larger than the 59.5 hectares of the SMIC Lingang Base, but lower than the 80 hectares of the current Tesla Shanghai Gigafactory. The construction area of ​​the K02-08 plot is 1.764 million square meters, which is also larger than the 1.487 million square meters of the SMIC Lingang Base. Industry experts analyzed the Shanghai Stock Exchange reporter that the plot is right next to the Shanghai Gigafactory, which is likely to be the location of Tesla’s second Shanghai factory.

Tesla resumes work and production in an orderly manner

On April 19, under the unified deployment of the Ministry of Industry and Information Technology and other relevant departments and the Shanghai Municipal Government, and under the guidance of the Shanghai disease control department, the Shanghai auto industry was re-energized, and key enterprises including Tesla resumed work in an orderly manner. The resumption of production has injected impetus into the gradual recovery of China‘s auto industry chain. On the same day, Tesla’s Shanghai plant officially resumed work and production, with 8,000 employees arriving and producing about 1,200 vehicles per day. 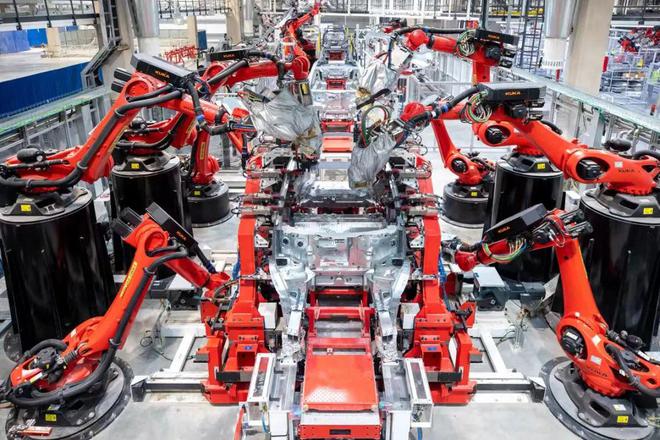 At the same time, Tesla exports also recovered rapidly. The reporter learned from Shanghai Waigaoqiao Port Customs that since April 16, as of April 26, Waigang Customs has helped 15 companies such as SAIC Group and Tesla to quickly pick up and leave the goods with 25 tickets. The types of goods include DC engines. , auto parts, chemical raw materials and other urgently needed materials for production, and make every effort to ensure the safety and smoothness of ports under the epidemic, and help enterprises to resume work and production. 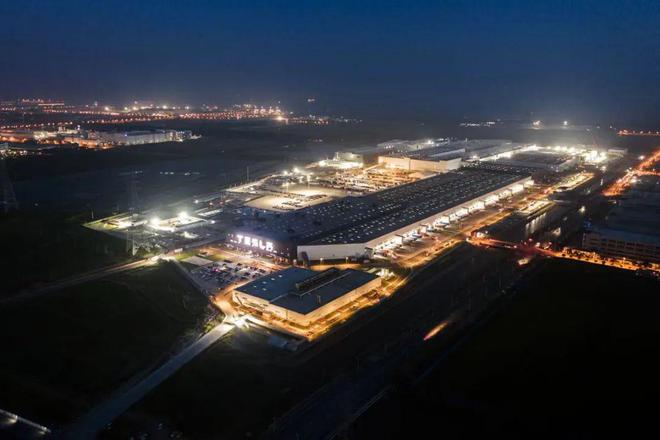 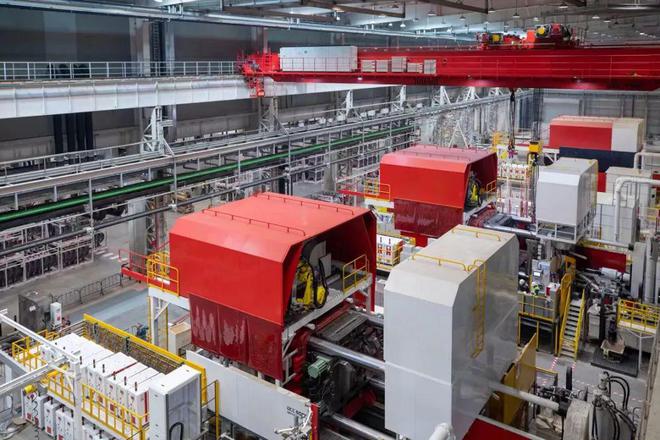 Tesla has an incentive to build a second factory in Shanghai

According to the latest statistics, in the first quarter of 2022, Tesla Model Y and Model 3 were once again the best-selling models in the world, followed by Wuling MINI EV. However, in March 2022, the global registration of plug-in models was 851,000, a year-on-year increase of 60%. Compared with previous mainstream pure electric new energy vehicles such as Tesla, plug-in new energy vehicles represented by BYD have grown rapidly.

Industry experts pointed out that Tesla’s Shanghai plant currently exports to Asia Pacific, Europe and the Middle East. Although Tesla’s Berlin plant has been put into production and delivery in the first quarter of 2022, it will take some time for its production capacity to ramp up. According to reports, its weekly production capacity is currently around 350 vehicles, so Tesla models in Europe will still need to be imported for the next few months or more. Tesla has the motivation to expand the capacity of the Shanghai factory.

For the construction of Tesla’s second factory in China, there have been rumors of multiple locations in China. In February 2022, the “Liaoning Release” official account sponsored by the General Office of the Liaoning Provincial People’s Government pushed an article titled “Five Grasps in Dadong District of Shenyang City and Strive to Be the Vanguard of Revitalization and Development”. The article mentioned, “Combined with the urban renewal of the civil service area, we will open up the space for industrial development, and lay the foundation for the implementation of major new energy vehicle projects such as Tesla.” This information was interpreted by the outside world as Tesla’s long-rumored domestic first. The second factory may be located in Dadong District, Shenyang City. In this regard, the relevant person in charge of Tesla China said: “The news is not true, and Tesla has not received relevant information.” Subsequently, the above-mentioned public account article has also been deleted. 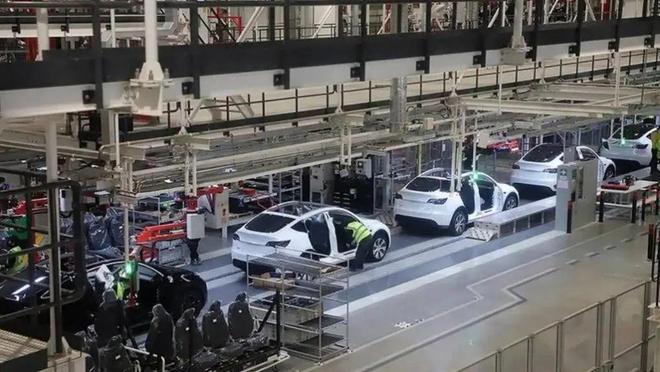 Regarding the location of the new factory, Tao Lin, Tesla’s global vice president, once said that Tesla is very honored to contribute to the development of China‘s new energy industry, and will continue to firmly increase its investment in China. The information on the location of the second factory is not true.

“From the perspective of the convenience of logistics and shipping, Shanghai is the best choice regardless of whether the second factory is positioned for export or the domestic market.” Mei Songlin, a senior automotive industry analyst, told the Shanghai Stock Exchange reporter that from the perspective of the supply chain of new energy vehicles, The Yangtze River Delta region, where Shanghai is located, is also the best place to produce smart electric vehicles. In addition, from the perspective of talent supply and innovation atmosphere for smart electric vehicles, Shanghai also has obvious advantages. “As China‘s financial center, Shanghai is also the most favorable financial service to support Tesla’s large-scale production. Tesla has enough motivation to build a second factory in Shanghai.”

Data shows that Tesla’s Shanghai plant will deliver about 484,100 vehicles (including exports) in 2021, accounting for 51.7% of Tesla’s cumulative global deliveries in 2021.