OnePlus Ace Pro will be officially launched on all channels at 10:00 on August 15, with a starting price of 3499 yuan.

OnePlus Ace Pro adopts an integrated process design, grinding a complete piece of glass into an integrated continuous curved glass, which is smooth as a whole without splicing, and feels comfortable in the hand. OnePlus Ace Pro has two colors: “Hessian” and “Qingwu”, using two new technologies respectively. The design of the OnePlus Ace Pro Hessian is inspired by the volcanic basalt on Nanding Island. It adopts the first drilling and engraving double AG process, which makes the touch silky smooth and has an excellent grip. OnePlus Ace Pro Qingwu adopts the industry’s first green glaze glass process, which makes the glass present a warm and jade-like texture, which is natural. 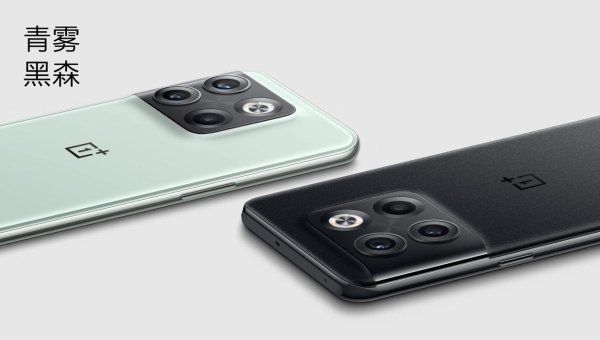 In terms of hardware configuration, the OnePlus Ace Pro is equipped with the first-generation Snapdragon® 8+ mobile platform. The Snapdragon 8+ adopts the world‘s leading TSMC 4nm process technology. Compared with the previous generation CPU and GPU, the performance is improved by 10%, and the power consumption is reduced by 30%. %, the energy efficiency ratio is significantly improved. OnePlus Ace Pro also has built-in full-blooded version of LPDDR5 memory and overclocked version of UFS3.1 flash memory, with high-speed data transmission to ensure smooth operation of the phone.

In order to fully unleash the powerful performance, OnePlus Ace Pro exclusively builds a cooling system for ice and snow mountains. After two years of polishing, the industry’s first eight-channel full penetration VC, the VC area is as high as 5177 mm², the area is even larger than the general game phone. The eight-channel full-through VC is made of all-copper material, and 8 heat dissipation channels are designed inside, and the thermal conductivity is doubled compared to that of ordinary VC.

See also  Tianfeng Securities gave Meige a rating to increase its holdings. The application field has been expanded + the product structure has been improved.

With its powerful performance, OnePlus Ace Pro has a high score of 1,141,383 on the benchmarking software AnTuTu.

From 6GB of OnePlus 3, 8GB of OnePlus 5 to 10GB of OnePlus 6T McLaren Limited Edition, OnePlus has always been the industry leader in large-memory mobile phones, and is committed to providing users with an extremely smooth experience. When the market generally adopts 12GB as the top memory solution, OnePlus Ace Pro is the first to start with 12GB, and supports a large memory solution of 16GB at the highest, so that the popularization of large memory will be carried out to the end.

The 16GB hardware configuration is just the foundation. The world‘s first instantaneous bandwidth technology of OnePlus Ace Pro increases the amount of data captured in nanoseconds to 16 times, bringing the true full-blooded version of 16GB of large memory. With the support of the full-blooded version of 16GB of large memory, the startup speed of the OnePlus Ace Pro App is increased by 16%, the number of background keep-alives is up to 35, and it supports up to 58 commonly used apps to stay in the background for a long time. After testing, OnePlus Ace Pro achieved 0 kills in the background in 2 rounds of speed tests with 30 apps opened. 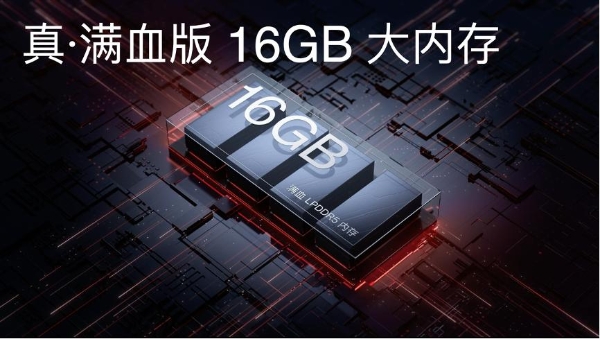 Based on the top-level hardware configuration, OnePlus Ace Pro has also made careful software adjustments for gaming scenarios. OnePlus Ace Pro is equipped with the HyperBoost game frame stabilization engine. Through GPA frame stabilization technology and graphics heterogeneous technology, it can effectively solve the problem of cliff-style frame drop and team battle freezes, and ensure stable game output with high frame rate. With the cooperation of hardware and software, OnePlus Ace Pro can open three options of high frame, stable frame and high image quality at the same time. In order to further optimize the game experience, OnePlus also announced that it has reached a strategic cooperation with the world-renowned game development engine Unity engine, which will polish from the bottom of the game to continuously bring users a more extreme game experience.

Through the test, in the Genshin Impact game, which tests the performance of mobile phones, OnePlus Ace Pro achieved an excellent result of an average frame rate of 59.3 frames without degrading the image quality for 1 hour, bringing a new height of game experience. OnePlus Ace Pro will also launch the League of Legends 120Hz mode on Android, allowing users to enjoy the ultimate experience first.

See also  Green Pass: for Pregliasco and Ricciardi the tampons are not completely reliable - Health 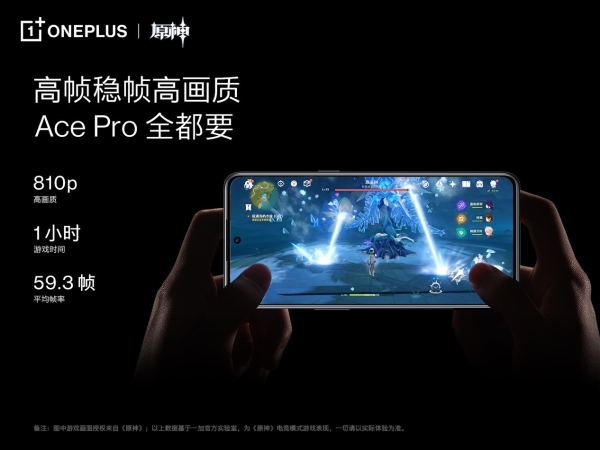 The first to support super n28 5G signal, the network speed is faster and more stable

OnePlus Ace Pro will be the first in the industry to support Super n28 5G signals. The n28 has the signal capability with wider signal coverage area and stronger wall penetration ability. Oneplus Ace Pro receives n28 5G signals through 4 high-performance antennas and 4 channels at the same time, bringing the super n28. Compared with the ordinary n28, the 5G network speed of the super n28 is increased by 2 times, the signal reception range is increased by 1.96 times, and the signal anti-interference performance is improved by 2 times, which brings users a longer-term stable signal protection, allowing users to even in dense office buildings. In scenes with poor network signals such as rooms, parking lots, and suburbs, you can always enjoy the 5G network.

The OnePlus Ace Pro body has 15 built-in antennas in a 360° surround distribution, and the layout is reasonable to ensure that mobile phone signals are captured in all directions. No matter how the user holds the phone, the signal is always stable and unobstructed. 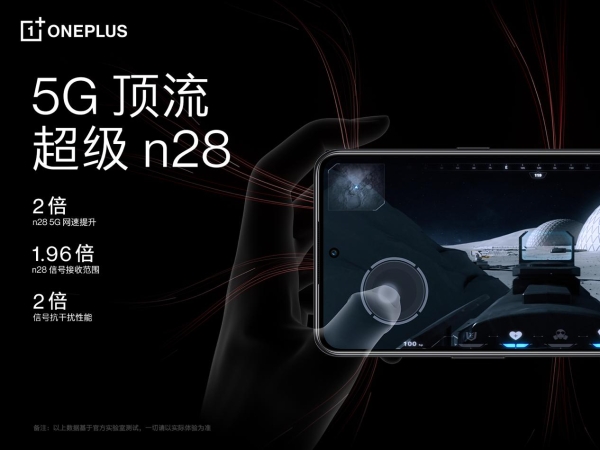 OnePlus Ace Pro also supports a new smart charging engine, which intelligently provides three charging modes according to the charging scene, making charging more insensitive. The intelligent speed mode allows users to quickly “return blood” when they urgently need to charge; the temperature control mode can control the charging temperature rise, so that the user will not get hot even when charging the phone while playing games; the low temperature mode can ensure that the phone is even at minus 20 ℃ In extreme scenarios, it can still charge quickly. 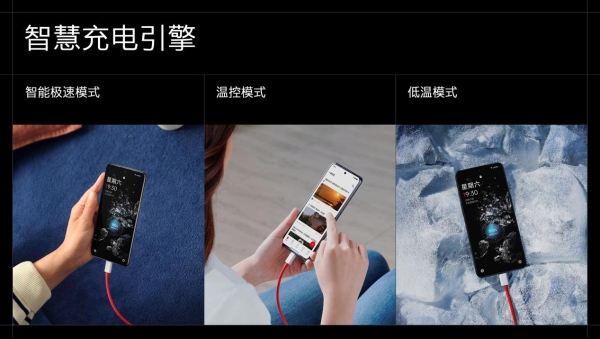 The quality of the customized screen is excellent, and the flagship image is easy to shoot blockbuster

OnePlus Ace Pro is equipped with a customized 6.7-inch 120Hz ultra-sensitive flexible straight screen, which has significantly improved in color rendering and brightness adjustment. OnePlus Ace Pro supports 720Hz ultra-high touch sampling rate, and the daily touch response speed is 6 times that of the screen display speed. Whether it is daily use or playing games, it is very smooth to follow. OnePlus Ace Pro also adopts a new generation of AI adaptive automatic brightness adjustment algorithm, the screen can always be automatically adjusted to the most comfortable brightness, even if it is used at night, it is not afraid that high brightness will hurt the eyes. 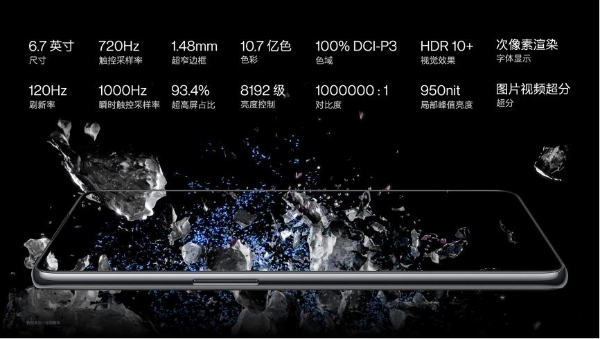 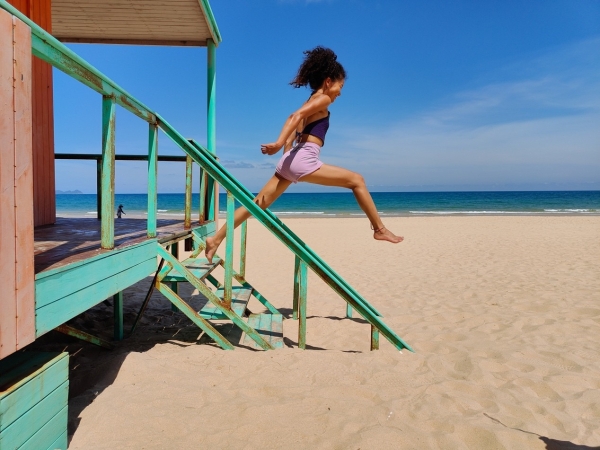 The new upgrade of ColorOS 12.1 is more secure to use

The OnePlus Ace Pro is equipped with the ColorOS 12.1 system from the factory, which has been upgraded in many aspects such as convenient functions, privacy protection, and interesting functions, bringing users a more intimate system experience. Among the many convenient functions, double-click the power button to open the health code function, making daily travel more convenient.

In terms of privacy protection, OnePlus Ace Pro has obtained the first domestic mobile smart terminal security technical capability requirement level 5 certification, which is the highest level of certification that a smartphone can obtain in this technical certification.

OnePlus Ace Pro will go on sale in OPPO Mall, JD.com, Tmall, and OnePlus authorized stores at 10:00 on August 15th. Pre-sale is now open. Pre-sale users can enjoy a limited period of 12 installments, interest-free and exclusive Great perks like true wireless bluetooth headphones and trade-ins. The specific prices are as follows:

Gas, Russia eliminates supplies to Italy. But we...

Gas bills: how much will they increase in...