Home Health I turned the house into a gym: my Apple Fitness + review
Health

I turned the house into a gym: my Apple Fitness + review

A year and a half ago, in the middle of the first lockdown, we tried to take stock of the phenomenon of online fitness: the gyms had closed their doors to the public by ministerial decree, and so sporting activities had moved within the home, between compulsive purchases of sports equipment and online courses.

Today the gyms are open again, but if on the one hand there are those who couldn’t wait to get back on their feet, on the other there are many people who have kept their habits developed during the pandemic. This is confirmed by several reports according to which 46% of Italians train from home; on the other hand, the top three trends identified by the ACSM World Fitness Survey for 2021 are online training, wearable technologies ed bodyweight exercises.

To crown the picture, the wearables market is booming, with Apple maintaining the first position in the field of smartwatches and has just launched in Italy Fitness +, the streaming training service that it leverages precisely on these trends.

While in the USA it is a type of proposal already known – I am thinking for example of the video workouts related to Peloton exercise bikes, which were very successful during the lockdown – for the Italian market it is a bit of a novelty, and therefore a bet: here is my opinion net of a few days of testing.

Already launched in the United States last year, Apple Fitness + has landed in Italy – and in 15 other countries, bringing the total to 21 – just over a week ago: a service that allows you to keep fit by following workouts led by a personal trainer su iPhone, iPad e Apple TV.

But what changes compared to the workouts that can already be found on YouTube, some of which also made with great care from the video point of view, which have totaled millions of views over the last few months and – above all – are they free?

The first difference is in the hardware and ecosystem experience: it can be said without hesitation that Fitness + is built entirely around the Apple Watch (HERE our review of the latest model), so much so that without the latter it is not possible to access the service. Integration with the smartwatch is essential because it allows you to view your values ​​(heart rate, calories burned, time elapsed and activity ring) right on the screen where you are following the guided training.

See also  How beautiful are online certificates. But then let's abolish them

Another difference concerns the personalization of the service in the sense that, compared to the fact of going to look for any training video on YouTube hoping to intercept one suitable for your needs, Fitness + has on its side the fact that the Apple Watch is on the user’s wrist all day or almost. And therefore it has some more tools to suggest a workout, also based on our level of sedentary lifestyle or on the exercises carried out during the week; for example, if we have done a lot of cardio sessions, he might propose yoga.

The activities are quite varied, including HIIT, strengthening, yoga, dance, core training, biking, pilates, meditation, walking, treadmill, rowing, cool down and preskiing held by the Olympic gold medalist Ted Ligety. The training sessions are held in English, with subtitles in French, English, Italian, Brazilian Portuguese, Russian, Spanish and German, and there are also parts in sign language to make it more inclusive.

All this is enclosed, as per Apple tradition, in a very accurate frame and in an intuitive system for the user. The strengths are undoubtedly the integrated system and the care engaged in making it and keeping it updated; the reverse of the coin is represented by the price of his Apple-centricity, because in order to access the service you need a series of devices that are not always cheap: at least a third generation or later Apple Watch and an iPhone 6S or later with iOS 14.3 (or an iPad with at least iPadOS 14.3, or an Apple TV 4K or HD with tvOS 14.3).

One of the aspects that I appreciated the most is the integration with the Apple Watch, which also ends up being motivating: for example, during some particularly intense exercises a burn bar also appears which indicates how much you are working hard compared to other users who have done the same workout, which in the right conditions can push you to give the maximum. Also interesting is the possibility to share workouts in sync with friends and family via FaceTime with the SharePlay mode.

Another point in favor is the care in the realization of the contents: personal trainers are of all ages, and three of them participate in each workout to show the variations to the exercises in order to make them accessible to users with a different level of athletic preparation.

Everything takes place to the sound of music and there is a certain care in the selection of playlists (which, however, cannot be customized but only exported to Apple Music for those who have a subscription to this service); there are also training sessions all dedicated to a single artist or era, I particularly appreciated the selection return to the past where I found some memorable hits.

The images are in 4K and are at their best when viewed through an Apple TV 4K, although most users will likely end up following them on mobile devices like the iPhone or iPad. The platform is also well done, which is intuitive, easy to use and rich in content: workouts can be filtered by type, trainer, duration and music. The proposal Time to walk it was a nice surprise: it takes you for a walk in the company of a famous person who also shares music and photos with you directly on the smartwatch display; I have so far taken a walk with Naomi Campbell and Jane Fonda.

In general I appreciated the possibility of customization and it seemed to me that the Apple ecosystem points to a “holistic” vision of personal well-being: for example, the mindfulness function every morning and every evening proposes to take stock of the day; not only fitness, therefore, but also quality of sleep and introspection. In short, a bit of a lifestyle program which sells not so much a notification but a lifestyle: how much it manages to affect everyone is subjective, and depends on the individual predisposition.

WHAT HAS LEFT MYSELF 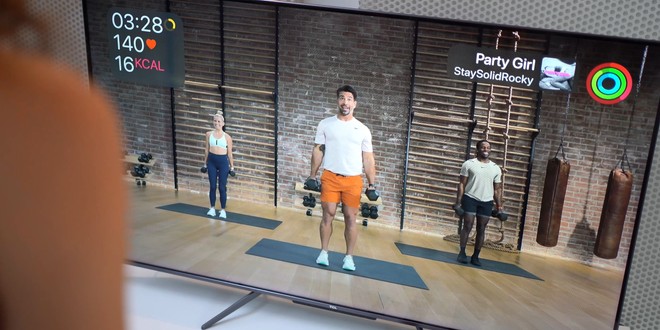 My main doubt is about the safety of solo training: Of course, compared to choosing a random video on YouTube, Apple goes a step further, advising the user about programs for beginners and those that might be more suitable based on the training habits, as well as providing the simplifications of each exercise.

However, the fact remains that during the execution there is no one to supervise the correct setting of the exercises, as indeed happens in all delayed remote training programs. Having started practicing yoga during the lockdown first deferred (and therefore unilaterally) and then live on Zoom, with the possibility in this case to be corrected by the teacher, I can say that there is a certain difference between the two practices.

The ideal, to tell the truth, would be to have a minimum of background with a live personal trainer regarding the fitness exercises so that you can then repeat them at home in the most correct way possible.

And indeed, in the United States, Apple also offers a hybrid solution of this type: has partnered with traditional gym chains that have begun to include the Fitness + service in their subscription package, so users can also take advantage of this possibility. In Italy such a solution has not yet been made available, but it could be the ideal recipe for many fitness enthusiasts. 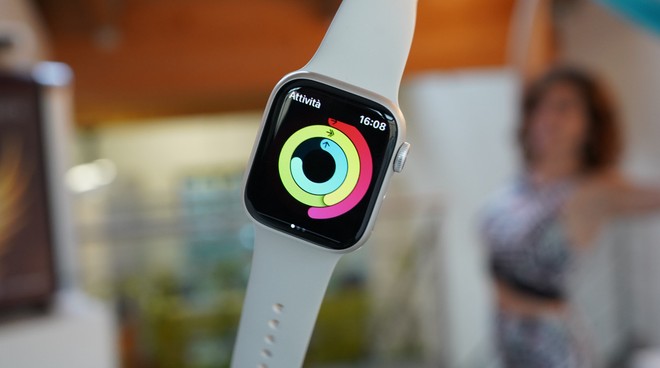 Finally, the prices: Apple Fitness + is a subscription service, it costs 9.99 euros per month O 79.99 euros a year; alternatively, it is included in the plan Apple One Premium, which also offers access to Apple Music, Apple TV +, Apple Arcade and iCloud + with 2 TB of storage space a 28,95 euro per month.

In conclusion, given the completeness of the package and the presumable addition of new exercises, I find it an interesting alternative for those who have opted to train at home (without prejudice to the prudence and the importance of setting the exercises correctly), or even for those who, like me, alternate this type of training with those in the gym, because it adds a touch of novelty to the sessions domestic by offering engaging and structured exercises.

If you have all the necessary equipment, giving it a chance costs nothing, and indeed I recommend it, since those who buy an Apple Watch Series 3 or later can take advantage of three months of free trial, while those who already owned one can try the service for free for a month. And what about you? have you tried it or would you try it? What do you think of a future in which workouts become more and more interactive and hybrid thanks to technology?

Care in the realization of the service

Engaging exercises thanks to the Watch metrics

Only available for Apple devices

False invoices with paper companies, 6 under investigation in 3 provinces