Analysis: Xi Jinping’s successive crackdowns on technology, tutoring and entertainment industries may pave the way for re-election next year-ABC News 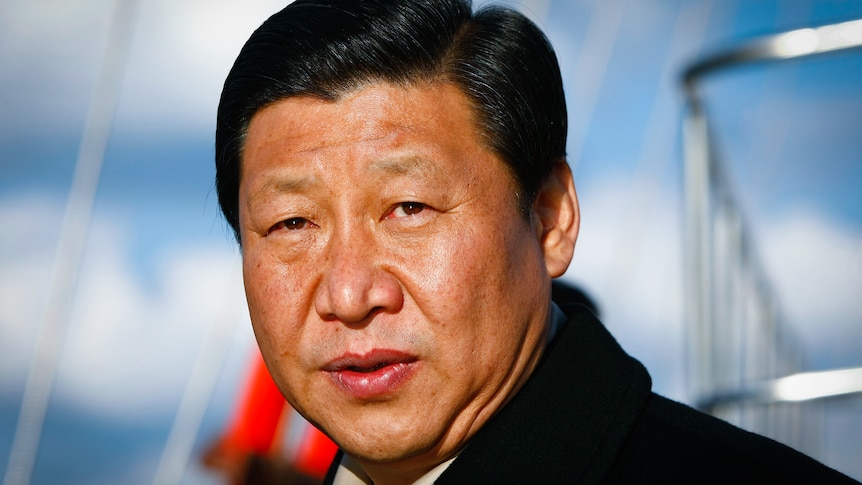 It takes greater rights to silence those most affected in public, and this is not seen in the contemporary era.

However, this is China‘s situation under Xi Jinping.

Interestingly, this policy seems to be supported by many parents who are fed up with the rising cost of parenting in the highly competitive education system.

This week, Juren Education, a large educational institution, declared bankruptcy. The company apologized to parents in a statement, but did not mention that it was because the government’s sudden announcement of its policies caused its business to be destroyed.

In a one-party dictatorship country with no free media, no independent civil society organizations, and no opposition parties, sudden announcements of major policy changes have always been part of the way the CCP government operates, regardless of whether these policies are good or bad.

What Xi Jinping is busy with has given him mixed reputation. Those who admire him call him a bold reformer who removes social ills, while critics regard him as an unfettered leader who will take China to the 21st century version of the Cultural Revolution.

“Grandpa Xi Jinping has always cared for us”

This week, the government quickly implemented a regulation that restricts minors from playing online games for up to three hours a week, that is, one hour of limited time within a fixed period of three nights on weekends.

Large technology companies, including Tencent, have been affected, but have not criticized the plan. This regulatory program has good intentions, but its implementation is very strict and paternalistic.

The textbook puts the image of Xi Jinping in a prominent position and teaches the children that “Grandpa Xi Jinping has always cared for us.”

Another page reads: “Grandpa Xi Jinping taught us that a person can have many ambitions, but the most important ambition in life should be connected with the motherland and the people.”

In the entertainment industry, while well-known celebrities “collapsed their houses” for various reasons, a series of new restrictive measures for artists and their fans have also appeared. This is a direct intervention by the Chinese government in the development of the cultural industry in a “healthier” direction.

During Xi Jinping’s nine years in power, such interventions have been widespread.

For example, he banned the display of earrings and tattoos of male entertainers and sports stars in the media in 2018.

On September 2, he went a step further and issued guidelines through the State Administration of Radio and Television of China, urging television stations to stop shaping “mother cannon” behavior and other “deformed” content.

The State Administration of Radio, Film and Television also stated that the selection of actors and guests should be strictly controlled, with political literacy and moral conduct as the standard.

China is experiencing a “profound revolution”

A few days before the latest radio and television regulations were issued, Li Guangman, a Chinese left-wing writer and WeChat public account writer, published a commentary calling for a more “masculine” culture that would attract attention at home and abroad.

He wrote that some profound changes are sweeping across China, and “the cultural market is no longer a paradise for nymphomaniacs.”

Combining this review article widely disseminated by the official media and the latest regulations, it seems to show that Xi Jinping and the seven middle-aged male members of the Politburo who hold the political power in China are deeply concerned-Chinese celebrities have emerged with many heavy makeup and light makeup. Wiped young male singers and actors, and they are highly sought after.

But that review article did not just mention the issue of masculinity.

It ties all Xi Jinping’s recent exercise of power together, including the failure of billionaire Jack Ma’s US initial public offering plan and the “rectification” of the financial industry, from cleaning up the cultural and entertainment fields to Xi Jinping’s recent renewed mention of “common prosperity”. Wealth redistribution concept.

“China is undergoing major changes, from the economic, financial, cultural, and political fields to a profound change, or it can be said to be a profound revolution,” Li Guangman wrote.

“This is a change from capital-centered to people-centered.”

In view of the unhealed trauma of the Cultural Revolution in the 1960s and 1970s, this argument has special sensitivity in China today.

The Cultural Revolution led by Mao Zedong carried out a decade-long bloody cleansing of “counter-revolutionaries” and capitalists, leaving China in ruins.

But Li Guangman described the recent changes as the return of the Chinese Communist Party to its socialist nature, warning people who believe that decades of prosperity will continue.

“The capital market is no longer a paradise for capitalists to get rich overnight… News and public opinion is no longer a position to worship Western culture, and the red color returns,” he wrote.

Analysts are divided on the extent to which this article reflects Xi Jinping’s views.

“This article definitely represents the voice of Xi Jinping. This is not an article on a general public account,” Wang Jian, the former Hong Kong media director, said in an online commentary.

“At least this author wrote with Xi Jinping’s pulse.”

Wang Jian believes that it is particularly noteworthy that all large official media have reprinted this article.

Others, such as Wu Qiang, a former scholar in Beijing, think its importance is not worth mentioning.

“This article was written by an unknown person. He is a little pink trying to guess what the top leadership is thinking,” Wu Qiang said in an interview with the ABC.

But Wu Qiang believes that it is appropriate to compare it with the Cultural Revolution, and hints that Xi Jinping still has some ideological resistance within the CCP.

“In the past nine years, the Cultural Revolution 2.0 has started in various fields, but in a more subtle way,” he said.

The timing of Xi Jinping’s action cannot be ignored

After this series of actions, the history of Chinese politics will usher in a major event next year.

The 20th National Congress of the Communist Party of China will mark Xi Jinping’s ten years in power.

Two of Xi Jinping’s predecessors will step down after ten years in office, and potential successors will win the support of the party’s elite before the party congress.

In 2018, the Chinese government lifted the maximum two-term re-election limit for the president, which will allow Xi Jinping to remain in power for life.

However, Xi Jinping may wish to consolidate his support within the party and the Chinese people before announcing his re-election.

Richard McGregor, a researcher on China at the Lowy Institute, said: “Any political system is the same.”

“The closer the election or selection is, the decision will be affected.”

The introduction of Xi Jinping’s thought into elementary schools is to prepare for next year. At the same time, members of the Communist Party of China and government officials also widely use a mobile phone application called “Learning to Make the Country Powerful”.

“[中国的政体]Opposes the cult of personality formed in the financial and entertainment industries, but recently there has been a comprehensive cult of Xi Jinping,” Malid said.

“All of this strengthened his notion that he must stay in office.”

“My children did it, the benefits outweigh the risks”

Gentiloni: “Changing the debt ceiling in the new fiscal compact”

Community mothers demand the hiring of operators of...

Bikers and their juggling

The impact of persistent rainy weather and cold...

Covid in Colombia is declining: 891 cases and...

The water quality of Bohai Sea reaches the...

Government must propose labor reform thinking of those...